Home Internet Keep your pants on, everyone (and quit defending the male journalists who...

Editor’s note: The Front Page is a biweekly newsletter from The Objective, a publication that offers reporting, first-person commentary, and reported essays on how journalism has misrepresented or excluded specific communities in coverage, as well as how newsrooms have treated staff from those communities. We happily share each issue with Nieman Lab readers.

Two people who were on the call told Vice separately that the call was an election simulation featuring many of the New Yorker’s biggest stars: Jane Mayer was playing establishment Republicans; Evan Osnos was Joe Biden, Jelani Cobb was establishment Democrats, Masha Gessen played Donald Trump, Andrew Marantz was the far right, Sue Halpern was left wing democrats, Dexter Filkins was the military, and Jeffrey Toobin playing the courts. There were also a handful of other producers on the call from the New Yorker and WNYC.

Both people, who spoke on the condition of anonymity in order to speak freely, noted that it was unclear how much each person saw, but both said that they saw Toobin jerking off.

But on Tuesday, Brian Stelter and Oliver Darcy, two of CNN’s prominent media reporters at Reliable Sources, described the situation as Toobin being “sidelined.” In a forgiving and uncritical 300 words, centering Toobin as a victim, CNN’s story does little to convey what actually happened.

When you examine who holds power in the media ecosystem, as you move higher up the chain the women start to disappear. The executive ranks, the boards, the mastheads are populated almost exclusively with people who see themselves in each other, and who will close ranks.

This framing is absolutely terrible and reflects what happens when media reporting continues to be mostly done and overseen by the same group of white dudes. https://t.co/OK1wyURBq1

I’m furious because wonen and journalists of color face career-sidelining consequences all the time for all kinds of terrible stuff (hair, clothes, being outspoken, sexual harrassment). Watching several media men defend Toobin highlights exactly how power is defended and retained

Some journalists were even more explicit, going beyond an implicit frame of forgiveness to say that what Toobin did wasn’t that bad. For example, Vinay Menon at The Toronto Star writes: “Horrified by Jeffrey Toobin’s penis? Put it away, for now.”

We’ve linked the piece, but don’t read it (for your own sake). Instead, read EJ Dickson in Rolling Stone: “Why are men so compelled to defend jacking off on a work Zoom?”

The SacBee, a McClatchy property, proposed tying journalists’ pay to the number of clicks their articles get. This is something that hasn’t seriously been floated as a viable newspaper model in a few years, but owner Tony Hunter thinks Sam Zell had it right.

The Pacific Media Workers Guild, currently representing the Sac Bee Guild, issued an even-keeled list of concerns over the potentially destructive and poorly thought out move.

Not only would this system reward shallow news practices like “click-baity” headlines, it would also actively detract from less sexy but just-as-crucial news topics like infrastructure or voting legislation. While the general trend for shallow news isn’t unheard of in the industry, the proposal means that a journalist’s earnings will depend on it. 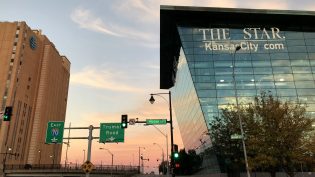 McClatchy declared bankruptcy in February and has joined the long line of conglomerated media that has struggled to keep up with the Covid crunch, let alone the general decline of print.

In an age where reporters are already asked to be deeply involved in their communities — yet neutral — it seems particularly hypocritical.

Meanwhile, Hunter has yet to address the tweets or the issue beyond internal emails, favoring instead to retweet advice from leadership speakers.

Last week, workers at Al Día Dallas and The Dallas Morning News voted to unionize “by a margin of over 75%.” By winning the vote, employees now have the right to negotiate for a contract after the National Labor Relations Board confirms the election results. News unions are scarce in Texas — the News is only the second in nearly 30 years — but this vote bodes well for other area publications, including the Fort Worth Star-Telegram.

In the Northeast shops with the NewsGuild of New York are welcoming a number of successes: On October 16, The Markup Union announced that they not only unionized, but were voluntarily recognized by management. And more recently, staff with the Wirecutter Union and the Buzzfeed News Union reached tentative agreements with their respective companies on just cause with no exceptions. The New York Mag Union is continuing to fight for just cause at the virtual bargaining table, but members say the ongoing discussion has been meaningful.

Ethnic media outlets play a crucial role in informing communities that might not feel served through mainstream media. But most of them aren’t easily accessible online or are print-only. Get Current Studio aims to offer ethnic media publishers a baseline set of technologies they can adopt and adapt.

The Objective spoke with Michael Grant, a visual journalist, designer, and co-founder of Get Current Studio, about how being a designer impacts his storytelling, the relationship between journalism and technology, and building a less transactional, more inclusive media landscape.

Here’s a portion of the conversation, edited for length and clarity. You can read the rest here.

Janelle Salanga: How do you define objectivity and what role do you see that playing in the journalism that ethnic media publishers produce?

Michael Grant: The status quo has been defined and it’s been the driver of journalism for some time now. It’s no secret that white men have led newsrooms and leadership in newsrooms, so journalism has so much more room to grow because we haven’t seen all the ideas. There are tons of people who have been left out of producing journalism and being supported. One of the first things I learned out of J-school was that it’s hard to be a journalist because it’s hard to get paid. As a result of that, who have we missed out on?

There’s so much opportunity to give journalism the reach that it should have always had, and to build more equity into the model of journalism while being sure that it’s supporting folks who aren’t and haven’t been at the table. So I’m curious to see what happens in the future of journalism, if we can start to bring down the barriers of entry into journalism and change what we celebrate in journalism as legitimate and what people say is great journalism.

If you’re interested in pitching to us, you can read more about our process here. All pitches should be sent to submissions@objectivejournalism.org.

READ  Apple: The Fairer Of The FAANGs - Seeking Alpha

This edition of The Front Page was written by Holly Piepenburg and Marlee Baldridge, with a Q&A by Janelle Salanga and editing by Gabe Schneider. The Objective was cofounded by Schneider, the Washington correspondent for MinnPost, and Baldridge, a Master’s student at the University of Missouri (and a former Google News Initiative fellow at Nieman Lab).

Jeans crotch by Kris used under a Creative Commons license.

Parler website returns from the dead, promises to welcome back all...