The author of a major review of UK fintech has called on pension funds to back British entrepreneurs and fill a major growth funding gap in the sector just as government reviews whether to relax restrictions on pension fund investment.

Ron Kalifa, who masterminded the  government-commissioned Kalifa Review of Fintech last year, told City AM that pension funds have an opportunity to help British entrepreneurs grow their business domestically and drive job creation rather than selling at the growth stage.

He said: “There is a £2bn fintech growth capital funding gap in the UK, and as a consequence there are many entrepreneurs who prefer to sell at the growth stage rather than build their businesses and create prosperity and jobs in the future.

“There is around £6tn in the UK pension scheme alone. A small portion of that could be diverted to high growth tech opportunities which would create jobs, help with levelling up and drive international trade.”

Pension fund managers have historically been hamstrung by red tape which prevents them from backing venture capital and private equity funds which traditionally have fees that exceed the pension charge cap of 0.75 per cent.

But Kalifa’s comments come as the government prepares to close a consultation tomorrow on whether to relax the rules so that pension fund managers could invest in private equity and venture capital.

The government has previously consulted on loosening the cap in 2020 and 2021, and Kalifa said he hoped that the fact the question was being asked again showed there was “appetite for change”.

Jon Gill, a corporate partner at law firm Eversheds Sutherland who specialises in venture capital, said that the fees charged by venture capital and private equity fund managers typically exceed 1.5-2% due to the more “hands on” role they tackle in investment strategy, and unlocking pension investment would be “significant” for UK fintech firms.

He told City AM: “Lifting the cap will unlock a significant proportion of this for investment in growth technology businesses – vital as the UK seeks to compete on the world stage.

“The UK has done very well in recent years but there is still a structural gap with the USA, where the quantum of venture capital investment available, together with the large domestic market and flywheel effect of the Silicon Valley community means we see more unicorns (billion dollar valuation firms) created in the USA.”

The UK’s only listed fintech venture capital fund Augmentum has also backed the calls for a loosening of the cap. Tim Levene told City A.M. that UK fintech has been a success because of an attractive regulatory environment but “all the upside is being potentially given away to non-UK investors”.

He said: ““Pension funds need more freedom to be able to participate in fast growing innovative sectors such as fintech and do so at an optimal point in their growth.

“The UK is now at the centre of Europe’s fintech ecosystem. But as successful fintechs grow it is often capital from overseas pension and sovereign wealth funds that fund their growth and ultimately benefit from their eventual exit.” 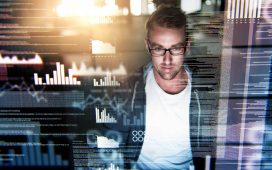