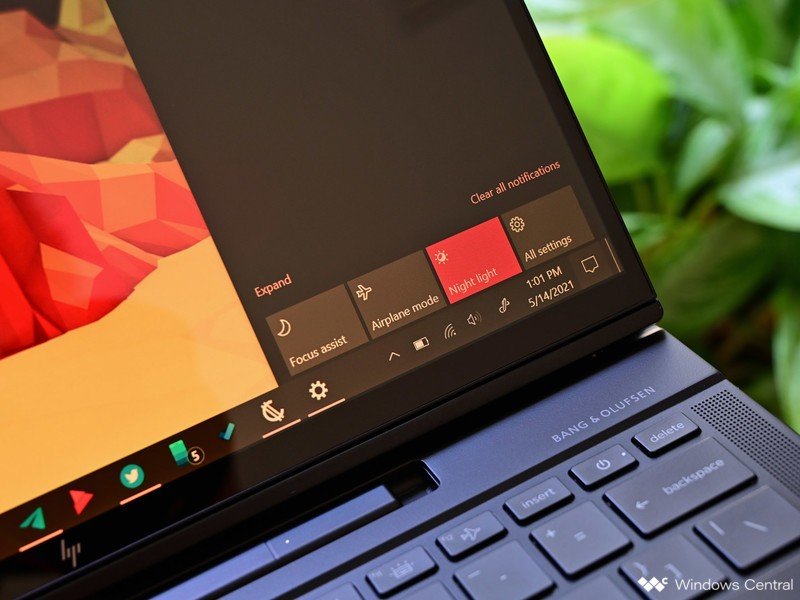 A recent study published in the journal Sleep Health calls into question the efficacy of Apple’s Night Shift feature in iPhones. The study tracked the sleep of 167 people, ages 18 to 24, to see if filtering out blue light had any discernable effect on rest. The results can be extrapolated to the Windows 10 Night light feature and Night Light on Android, which rely on the same underlying assumptions about filtering out blue light.

The study itself is fascinating, if only because it is one of the only large-scale investigations to address the subject. The experiment had three randomly assigned conditions which involved 60 minutes of iPhone use before bed with Night Shift (set to max), without Night Shift, and a third group told to abstain from the iPhone usage (and all light-emitting devices) before bed. Participants had their phones monitored using an app called ‘Moment,’ sleep outcomes were measured using Actigraph GT3X+ wrist-worn accelerometers, and participants were instructed to stay in bed for 8 hours.

A yellow screen won’t make you sleep like a champ; changing your lifestyle will.

The results were intriguing, as revealed in a press release: “In the whole sample, there were no differences across the three groups … Night Shift is not superior to using your phone without Night Shift or even using no phone at all.” Breaking the results down into two groups, those which averaged about seven hours of sleep and another that slept less than six hours each night, yielded a slight difference: “Individuals who did not use a phone before bed experienced superior sleep quality relative to both those with normal phone use and those using Night Shift.” In the other group, those who had less than six hours of sleep, using Night Shift or no phone, had no discernable impact.

READ  Destiny 2: Beyond Light goes up for preorder on Xbox One

The outcome is not too surprising. In a previous life, I was a polysomnographic technologist (one who runs sleep studies) at Weill Cornell Medical College in Manhattan. I often dealt with those with insomnia. Poor sleep is often more psychological (stress, anxiety, inadequate sleep hygiene) than a neurological disorder. It was pretty common to see people using their iPhones right before going to sleep after working a stressful job in a tense city. Many of the research participants in the Sleep Health study are college students who are already heavily sleep-deprived due to external conditions.

A non-yellow phone screen is not the underlying problem here, and turning your laptop’s screen yellow won’t fix it either.

Of course, this raises the question: Is Windows 10’s Night light feature just a gimmick? I’d argue no, or rather, it’s best to understand what it is good at.

The number one reason I use Night light is not to help me sleep better, but for eye comfort. That yellowing of the screen reduces the intensity of white backgrounds, which is easier on my eyes and helps reduce eye fatigue. It is similar to the Immersive Reader in Microsoft Edge, dark mode in apps, or using blue-filtering glasses like Razer Anzus. It is also why many hardcore readers prefer an Amazon Kindle with its E Ink technology, which more closely represents paper than an LCD. Turns out, staring into what is a light bulb is exhausting.

The study in Sleep Health, though, does strongly suggest it is not blue light filtering that matters, but the content you are consuming. BYU psychology professor Chad Jensen, who led the study, remarks:

While there is a lot of evidence suggesting that blue light increases alertness and makes it more difficult to fall asleep, it is important to think about what portion of that stimulation is light emission versus other cognitive and psychological stimulations.

Jensen means that if you are on your laptop, lying in bed, reading political commentary, or debating people on Facebook, your brain will be emotionally stimulated, which is much more likely to impact sleep onset and overall quality. Putting a blue light filter on will not overcome that.

Use Windows 10 Night light to work harder, not sleep better.

A shorter version is there is no magical pill to getting better sleep. It comes down to habit, lifestyle, and mitigating external factors like too much caffeine or not enough exercise. Gawking at your yellowed laptop or phone, doom-scrolling on Twitter, or playing video games, while lying in bed for an hour won’t cut it.

The advice I gave years ago to patients who had insomnia was simple: keep digital screens away from the bedroom, and try not to use such devices before bed, period. My bedroom does not have a TV in it, and my phones stay in my home office. I use Night light into the evening, but only to work harder and longer, not to sleep better. If you understand that, you may be on the path to a better night’s rest.

A galaxy of reviews


The Samsung Galaxy Book Pro 360 has received enough expert reviews that a consensus is starting to form. It looks like the convertible is very good, if not without a few big flaws.