iPhone 15 Ultra to OnePlus 11: 5 most anticipated flagship smartphones of 2023 – The Indian Express

While 2022 was a dull year for the smartphone market, this year could bring many new surprises. In 2023, many brands are expected to launch a lot more smartphones across different price ranges, especially premium phones. Brands like Apple, Samsung, iQOO, OnePlus, and Google will likely announce their flagship offerings this year, and here are the five upcoming flagship smartphones that are worth waiting for.

The Apple iPhone 15 Ultra is going to be the most technologically advanced smartphone that Apple has ever launched. It is said to feature a titanium body, and the device might even make use of a customised flagship processor. Even in terms of camera, the iPhone 15 Ultra is said to feature a periscope zoom lens, and it could even come with a 1-inch type wide-angle lens for improved low-light photography.

While there isn’t much information about the Pixel 8 Pro, it will be the most powerful smartphone that Google has ever made, and is likely to be powered by a 3rd Gen Tensor processor with up to 12GB RAM and 256GB of internal storage. Pixel smartphones are always known for their still photography, and with the Pixel 8 Pro, Google could take this up a notch and the phone is also expected to offer AI-based features.

The Samsung Galaxy S23 Ultra is probably the most anticipated flagship of 2023, scheduled to launch in February. While the device might look similar to its predecessor, it will be powered by the Snapdragon 8 Gen 2 SoC, making it one of the most powerful Android smartphones of 2023. Similarly, the device is also expected to offer improved camera performance and extended battery life when compared to the Galaxy S22 Ultra.

OnePlus has officially confirmed that its next flagship — OnePlus 11 will launch on February 7th in India. This device is powered by the Snapdragon 8 Gen 2 SoC and offers OnePlus-exclusive features like an alert slider and OxygenOS. The device has a Hasselblad-powered triple camera setup at the back and the smartphone is likely to feature a 2K AMOLED screen with a 120Hz refresh rate.

iQOO 11 will be the first and probably the most affordable Snapdragon 8 Gen 2 SoC-powered smartphone in India. The device will also offer a 144Hz 2K AMOLED screen with an in-display fingerprint sensor. The smartphone is also said to have a 5,000 mAh battery with support for 120W wired fast charging. 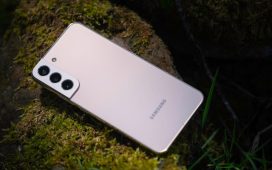 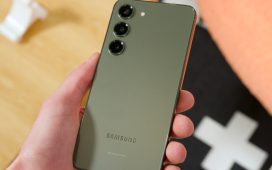 How the Galaxy S23 copies the iPhone, and why it’s great