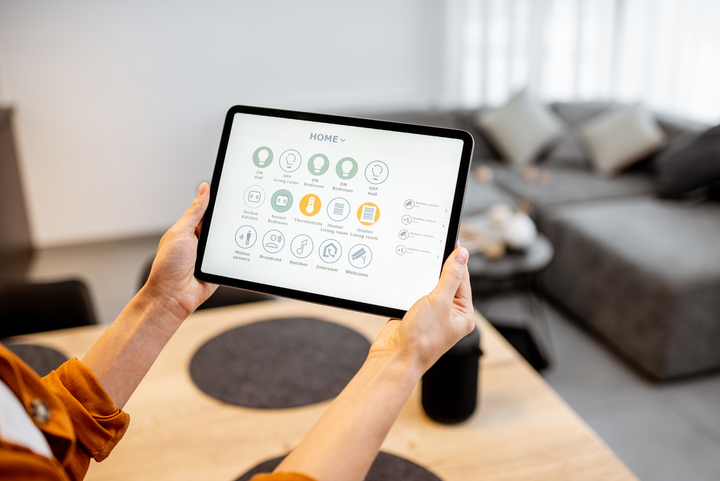 While many industry observers were concerned a decade ago about the reentry of cable and telcos into the market, the increased competition from these firms pales in comparison with the disruption brought about by do-it-yourself technologies that are now being leveraged by tech giants Google, Amazon and others, as another touchpoint into the home.

To say that the residential security industry has undergone change in recent years would be a massive understatement. The introduction of smart home technology that essentially brought home automation solutions to the masses has revolutionized how integrators and technology manufacturers approach the market. Certainly there are still customers that are only interested in home security systems for their baseline functionality – intrusion detection and alarm monitoring – but it’s rare to find an alarm panel that doesn’t support a wide range of other connected devices, such as thermostats and remote-controlled lighting, or an installer that doesn’t offer additional services.

While many industry observers were concerned a decade ago about the reentry of cable and telcos into the market, the increased competition from these firms pales in comparison with the disruption brought about by do-it-yourself technologies that are now being leveraged by tech giants Google, Amazon and others, as another touchpoint into the home. Google is even looking to broaden its’ reach beyond DIY as it recently purchased a 6.6% stake in ADT.

It is clear that to remain competitive, residential security integrators are going to have to meet the challenges presented by DIY and these tech behemoths head on in the the coming years. Last week during the Snap Pro Live virtual event hosted by SnapAV, a panel of industry leaders weighed in on the changing landscape of the smart home security industry as well as the opportunities and challenges that lie ahead for integrators. Panelists included: Greg Simmons, Founder of integration firm Eagle Sentry and remote support subscription service provider Parasol; Wes Usie, Founder of Guardian Security and visual alarm verification solution CHeKT; Lance Dean, Co-Founder of 2GIG; and, Brett Price, Founder and CEO of Clare Controls.

The Benefits and Pitfalls of Big Tech

Because of their desire to sell as many IoT devices into the home as possible, Dean believes companies like Google and Amazon realize they need someone inside these residences to help consumers with their home networks, which could bode well for independent dealers.

“They need a connection in the home, which is great I think for these independent dealers because, right now, the independent dealers are able to get in the home,” Dean said. “They can manage these networks for the homeowner, which is a great revenue source for them and a nice RMR source for these dealers to be able to say, ‘hey, I’m going to manage this home and charge them something per month to be the manager of their network.’ In the next few years, you’re going to see a lot more cool products come out but it is going to be demanding in the home and if something goes out on one of the devices and they go to reset it and it knocks out other devices, who is going to fix that? They need a dealer base to fix that, so that’s what is happening now.”

Price said he interpreted Google’s recent investment in ADT as somewhat of a “white flag” as they realized that trying to support all of these devices in the home would be impossible without having boots on the ground to address issues when they arise. However, he does not think that Google truly cares about selling hardware as much as establishing another datapoint and he cautions what that might mean for the industry in the future.

“Google is in the business of collecting data. We, in our industry today, have not gotten beyond a remote control,” Price explained. “That’s what a mobile app is, it is a remote control. What this industry needs to watch out for is if Google gets its’ hands on this penetration of devices in the home. If you get 100 devices in the home reporting data back to that analytical engine, one can only imagine the way they could change this industry. That is why I think Google is so interested in these devices.”

Service as a Differentiator

Simmons said one way that integrators can differentiate themselves today and thereby command higher RMR is in the level of service provided.

“One of the mistakes that smaller companies make is they don’t scale service as they are growing their account base,” he said. What happened with a lot our competitors in the market, as I was building the service department and adding a manager and adding multiple people, they were scrambling… and with 20 customers it was no big deal but at 300 customers it becomes a big deal and the service starts to taper off.”

Usie added the reality today is customers do not place the same value on alarm monitoring – the longtime lifeblood of residential RMR – they once did and that they are deriving more value from the smart home.

“Every consumer in America understands if their alarm system goes off that the police are not going to respond quickly and, in some cases, not respond at all,” he said. “Our businesses and business models have been built on creating revenue with a police response and the very core of that is threatened now. We have to find innovative ways to remain relevant to our client and service probably is the most important. Think about this as an integrator putting alarm systems in; if you do your job perfectly, the only time your client is going to hear from you is when an alarm occurs or when they get a bill and both of those are negative experiences.”

Be Open to New Solutions

Although his company has not abandoned residential security given that it is still a big part of their business, Usie said they began to shift their focus to commercial and industrial clients about five years ago because they realized that these facilities would always need the professional integrator.

“Our runway for new technology has just gotten shorter and shorter and if you look back, our industry as it looked at new technologies, has somewhat gotten everything wrong,” Usie said. “I remember when 2GIG was released you probably had a lot of naysayers saying nobody is going to want to move into this platform and you guys sold millions of them. Our industry looked at technologies like Dropcam like it was some kind of toy as Google was in a high-rise somewhere buying it for $555 million and now Dropcam is becoming far more than a DIY (product).  Our industry needs to awaken itself somehow and really determine how it is going to bring value to the client because for too long, we have looked at how the client can bring value to us through the form of recurring revenue.”

And while some in the industry may have laughed when Ring recently debuted an indoor drone camera for its users, Usie said it won’t be a joke if it proves to be effective.

“I think to myself, ‘really, you buy an Amazon panel and zone seven goes off and a drone picks up and is sitting there looking at that door and by the time you get the notification on your cellphone, you could potentially be looking at the area where the alarm occurred.’ All of this is happening while the professional integrator decided to use sticky tape and put a wireless transmitter on a door and the police aren’t going to come for two hours,” added Usie. “That’s our solution.”

Joel Griffin is the Editor-in-Chief of SecurityInfoWatch.com and a veteran security journalist. You can reach him at joel@securityinfowatch.com.

Manchester Arena attacker should have been identified as threat, inquiry finds