Further, the consumer segment grew 59.8% on-year but the commercial shipment declined 14.3% on-year as government projects were postponed to 2021. 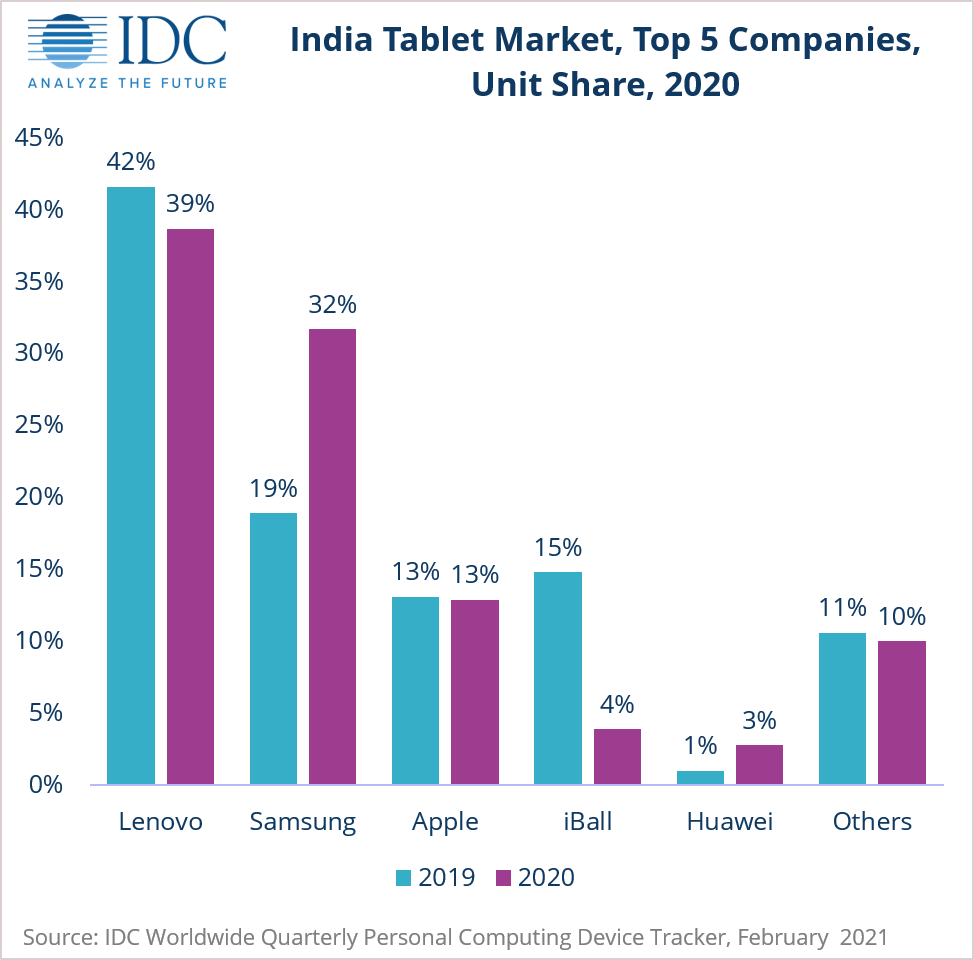 The market which witnessed significant growth owing to e-learning demand was led by China’s Lenovo and grew by 6.6% on-year. Its consumer segment grew 153% on-year but the commercial segment declined 15.1% during the same period.

Apple overtook iBall to emerge as the third-largest tablet player. Its shipments grew 13% on-year. Despite suffering from a supply crunch, it gained market share in the second half owing to new launches.

iBall dropped to the fourth spot as it saw a 69.9% decline in its shipments from the previous year.

Huawei ranked fifth for the full year of 2020 as shipments tripled from the previous year. The online traction with suitable price points helped the vendor for impressive growth.

9 foldable smartphones you need to know about