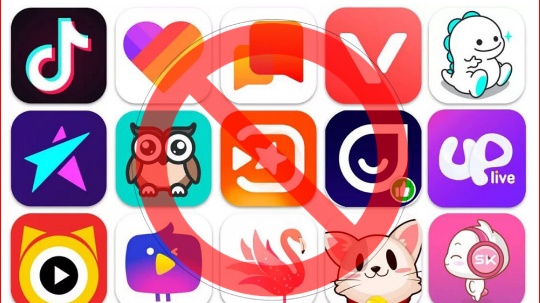 Amidst tension over the Indo-Chinese border, the Indian Government had banned 59 Chinese apps including TikTok by stating that they are prejudicial to sovereignty, security and Integrity of the country. However, the chinese firms resorted to ‘Lite’ versions of the apps and found a way through the ban in India. That seems to have ended now as the government has decided to ban the additional apps and they have already been removed from the official stores of Apple and Google.

The Hindustan Times has reported that the apps identified by officials were Helo Lite, ShareIt Lite, Bigo Lite and VFY Lite. The liter versions of the apps were found to be promoting themselves as an alternative to its primary versions on both Google’s Play Store and Apple’s App Store.

People familiar with the matter say that the Indian Ministry of Electronics and Information Technology wrote a letter to the concerned parties on Tuesday regarding the action. IT Ministry has reportedly warned them saying that finding an alternate route and making the apps live on the respective platforms would attract penal action as it violates the provisions of Information Technology and other related Acts.

This comes at the wake of the Union Minister of Electronics and IT’s speech at the virtual meeting of Digital Economy Ministers on Wednesday. He said that digital platforms should be accountable to the sovereign concerns like defence, privacy and security of the countries in which they operate.

He added that India would soon approve a  Personal Data Protection law to address all the privacy related concerns whilst making the data available for further development. In case you have quarantined yourself from the internet, or living under a rock, the Indian Government had banned apps including TikTok, ShareIt, Helo, Like, UC Browser and 53 other apps in India a while ago.

Invoking provisions of the IT Act section 69A, the Government on June 29 had said that the apps remained a threat to the country’s security. The ban did not happen overnight as the Government said that it received several complaints over the misuse of data illegally to servers that are located remotely outside of India.

Workplace revamps its website and iOS app with a new design

Twitter is officially considering subscriptions: What we know so far

Best upcoming Xbox Series X games: The top next-gen games for 2020 and beyond