Since it debuted in 2015, the Apple Watch went from one of those products we didn’t know we needed to something that some of us literally cannot live without. It’s not just a smartwatch with notifications and other functionality for our iPhone, but a complete health, activity, and wellness tracker too.

I remember when the first Apple Watch came out, and I scoffed at it — I had a Fitbit at the time, so why would I need an Apple Watch? Now, it’s something I can’t be without, even for a day (got to keep that Move streak going!)

Though the Apple Watch Series 5 came out in 2019, it’s still the only Apple Watch I’m using at the moment. Despite the fact that it is showing its age in terms of things like battery life, I don’t mind. Even though there is now an Apple Watch Series 8 and Apple Watch Ultra, I’m still holding off on upgrading because I’m waiting for one particular feature.

I’m a diabetic with Type 2, though I’m on the milder side of the spectrum, according to my doctor. It wasn’t required for me, but I like to check my blood sugar levels throughout the day (even if I have gotten a bit lax about it lately). However, when I was pregnant, I had to check my levels four to five times a day, after every meal and snack, to make sure that I didn’t get gestational diabetes.

The most common method of checking blood glucose levels is to prick your finger todraw some blood, then use a proprietary test strip that only works with an equally proprietary glucose monitor to get your results. Let me tell you — pricking my fingers multiple times a day, every day, was really annoying and stressful (I hate needles).

One of my biggest feature desires for the Apple Watch is noninvasive blood glucose monitoring.

I know that there are continuous glucose monitors out there, but the problem with those is I need to figure out if my insurance would cover it, and the idea of sticking a needle in my abdomen and having to wear that freaks me out.

One of my biggest feature desires for the Apple Watch is noninvasive blood glucose monitoring. It’s been rumored for a few years now, and I’ve been waiting for it to show up. Though it may seem a little far-fetched, at least right now, the technology to make it possible is in development, and while it will still need time, it could be closer than many people think. In 2022, a team from Georgia’s Kennesaw State University claimed they developed a noninvasive system of blood glucose measurement with help from a device called GlucoCheck.

The technology in GlucoCheck will shine a light across the human skin, and a camera captures the view from the other side. This kind of technology is similar to what we already have in the Apple Watch with the oxygen-level analysis sensor.

But GlucoCheck isn’t the only player in the market, as some commercial companies are also working on the technology for such a feature. In 2020, Samsung showed off a noninvasive method for checking blood glucose in partnership with experts at the Massachusetts Institute of Technology (MIT). Qualcomm showcased a wearable mounted sensor that could also do a noninvasive form of blood glucose analysis at CES 2021.

Finally, Rockley Photonics is also working on this tech, but instead of utilizing LEDs like other companies, it wants to do analysis with lasers. Apple supposedly is one of the biggest clients for Rockley Photonics, so it could be likely that this could come to an Apple Watch in the future.

I know that we’re still a ways off from getting this technology in mass-market wearables like Apple Watches, Fitbits, and even Android smartwatches like the Samsung Galaxy Watch, but this kind of tech would make my life so much easier. Instead of having to do multiple finger pricks every day, I could simply take a measurement with my Apple Watch and see what my blood sugar levels are, helping me decide if I can have something sweet or not.

Apple hasn’t given me a good reason to upgrade

As I mentioned earlier, the Apple Watch Series 5 was the last “big” update to the Apple Watch aside from the Ultra. The always-on display was a huge feature that really improved the overall utility of future Apple Watch iterations to come.

And we now have the Series 8, which is also similar internally to the Series 7, but it added temperature sensors, though that’s primarily meant to aid in fertility planning by giving women insights into their ovulation cycles. Again, not a huge deal unless you are planning for that (that ship has sailed for me).

The Apple Watch Ultra was the real star of the 2022 Apple Watch releases, but the features that particular model offers also don’t interest me. I’m not into extreme sports or activities like scuba diving or mountain climbing, and my wrist is pretty small, so the 49mm size would look large and clunky on me.

The only thing I would have loved with the Ultra is the long battery life, but with my typical use of my Apple Watch Series 5, it still gets me through the day (and Low Power Mode on watchOS 9 helps out in a pinch).

Blood glucose monitoring would be game-changing for Apple Watch

Despite approaching four years old at this point, my Apple Watch Series 5 is serving me just fine. I’ve been tempted to get a new Apple Watch for things like longer battery life and SpO2 monitoring, and the body temperature sensor would have been nice before I had my first (and only) kid. But I’m going to hold on to my Series 5 until it either dies or Apple adds noninvasive blood glucose monitoring, whichever comes first.

And even if I did replace my Apple Watch Series 5 before then, having such a feature would be such a big quality of life improvement for me that I would upgrade without a second thought. 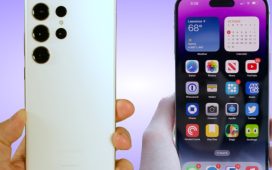