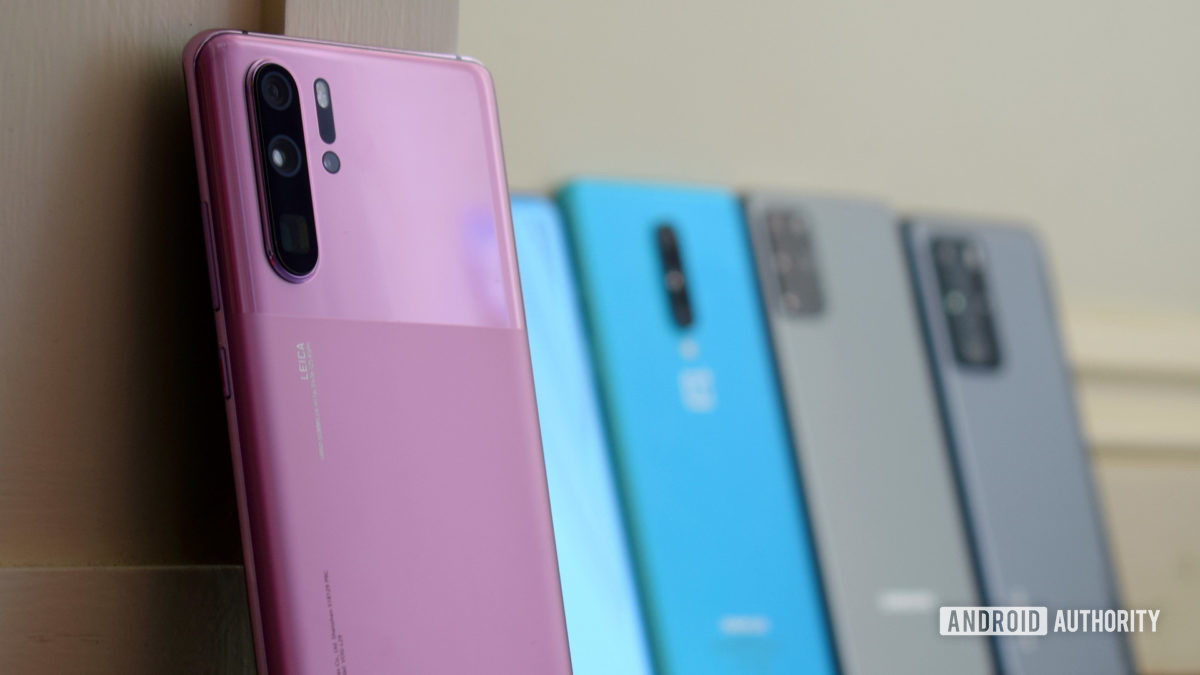 It’s a year since the arrival of the Huawei P30 Pro, a phone we praised for offering a superior camera setup and long battery life than its competitors. The handset was a pioneer of low light photography and rich with flagship defining features, making it one of the best buys of 2019. Providing it was available in your country that is (sorry, US folks).

But do those design wins still hold up 12 months later? Especially now there’s the revamped Huawei P30 Pro New Edition on the horizon with a retail price set at £699 (~$859). That’s a little bit higher than you can grab the original P30 Pro for, which retails for around £600 (~$750) at the time of writing.

Before we get started, why not take a trip down memory lane and read our original written Huawei P30 Pro review and watch our video review below!

Does hardware age well these days?

The smartphone industry moves fast and a year feels like forever when it comes to new technology. However, you don’t always have to be on the bleeding edge to end up with a high-end experience, and the Huawei P30 Pro still packs in competitive flagship hardware that can compete with the best of phones of 2020.

The phone boasts a snappy in-display fingerprint scanner, IP68 dust and water resistance rating, fast-ish 15W wireless and reverse wireless charging, Bluetooth 5.0, aptX HD wireless audio, a huge 4,200mAh battery, up to 8GB of RAM, and 128GB or 512GB of storage. These specs and features have aged well and work just as wonderfully as in modern flagships. You can also upgrade the P30 Pro to Android 10 and EMUI 10 via an OTA update. What more could you expect from a 2020 flagship phone?

Without 5G, the P30 Pro isn’t a futureproof purchase.

Well, 5G for starters. While most consumers are still out of reach of a 5G network, worldwide rollouts are well underway. If you’re contemplating the move to a 5G tariff at some point in the next two or three years, the Huawei P30 Pro won’t fit the bill. The phone is also stuck with a 60Hz display, rather than the swanky 90Hz and 120Hz panels you’ll find in 2020 flagships. Having become accustomed to high refresh rate phones, this felt like a step backward using the phone today, but certainly not a deal-breaker. Finally, yes, Huawei’s (comparatively expensive) proprietary expandable storage — dubbed Nano Memory — remains an irritant a year down the line, especially if you have the 128GB option.

Performance-wise, the phone also raises an eyebrow. The Huawei P30 Pro’s Kirin 980 processor isn’t going to wow today’s gamers, not that it did that back in 2019 either. 2020’s Qualcomm Snapdragon 865 models fly past in graphics benchmarks, but the phone is a bit closer to Samsung’s Exynos 990. Despite looking a little sluggish on a graph, the phone’s processor is still fine for modest gaming, handles all of my day-to-day apps without stutters, and is a power-efficient 7nm chip for multi-day battery life.

Speaking of, the battery life on the P30 Pro remains insanely good. The large 4,200mAh battery is competitive with today’s flagships, easily taking you into a second day of use. The handset’s 40W wired and 15W wireless charging solutions are still at the higher-end of the market when it comes to topping up your phone’s battery. Although 2020 flagships like the OnePlus 8 Pro are starting to push faster 30W wireless charging capabilities.

The P30 Pro camera is still one of the best around 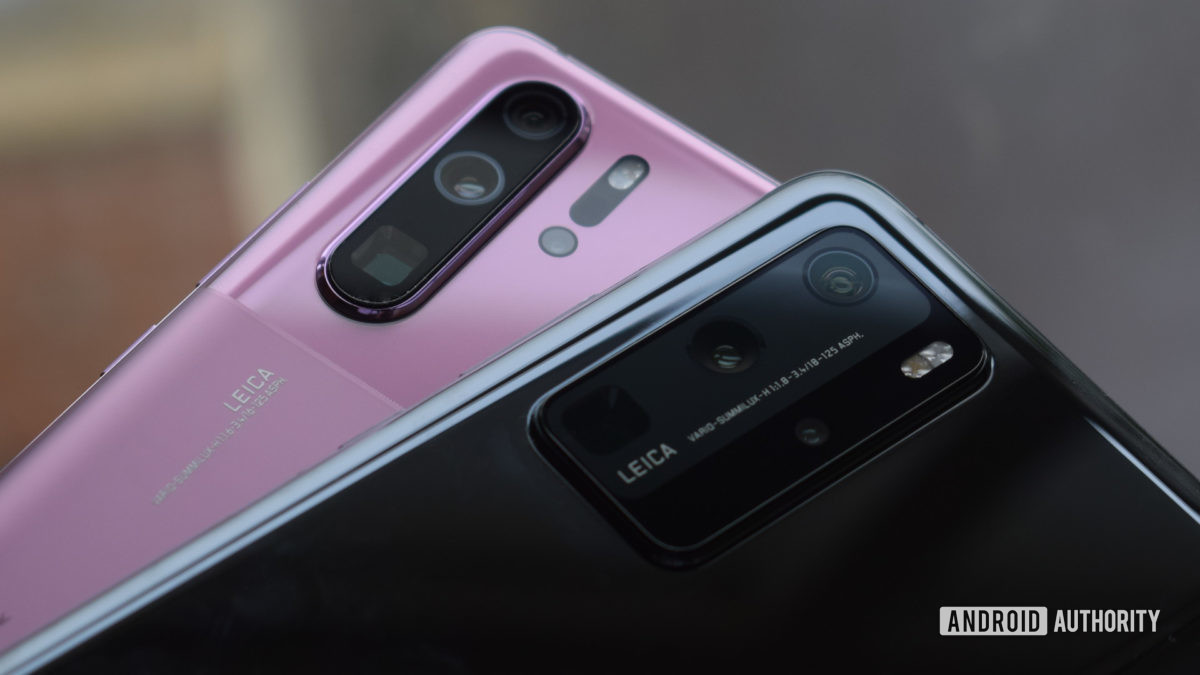 Of course, the Huawei P series is all about photography prowess. The Huawei P30 Pro set a high bar back in its day, with the industry’s first large 1/1.7-inch 40MP RYYB sensor, a wide-angle shooter, a 5x optical zoom lens, and time-of-flight sensor for accurate bokeh. That’s a package that still keeps up with many 2020 flagships. But has its quality been surpassed by more recent handsets like the Galaxy S20 Plus, the Google Pixel 4, or even the latest P series phone, the Huawei P40 Pro? Let’s take a quick look at a few Vs camera samples to find out.

Broadly speaking, the Huawei P30 Pro is a pretty accurate shooter. It aims for natural rather than oversaturated colors, produces high levels of detail, and offers accurate edges for bokeh blur. The only real drawback is that the camera’s white balance is often a tad too warm compared to Samsung and Google’s latest phones. This is something Huawei rectified with the P40 series.

The P30 Pro’s big win versus even 2020 handsets is that it can take a great low light picture in a single shot, thanks to its RYYB sensor. Meanwhile, other phones rely on four to five second exposure night modes for comparable luminosity but often inferior smudged details.

Be it in low light or at range, the P30 Pro is still a quality camera package.

Compared to the Huawei P40 Pro, Huawei has definitely made some improvements with its current-gen flagship. The P40 Pro’s dynamic range and white balance are better. Colors also have a little more sing to them, although still err on the side of realism rather than oversaturation. This isn’t to say the P30 Pro is bad, just that photography technology continues to move forward at a brisk pace.

In terms of detail and low light performance, the Huawei P30 Pro holds up really well but again the P40 Pro nudges ahead, as you might expect. The 5x camera sample showcases better colors and more fine detail for the P40 Pro. Although you have to pixel peep to make out the differences. Even so, the Huawei P30 Pro still pulls details from its 40MP sensor and zoom camera that match or exceed other 2020 phones. However, there are other competitive shooters definitely worthy of your attention this year.

The consistency and range of options keep the Huawei P30 Pro as one of my favorite smartphone cameras of all time. It’s certainly not strictly the best across every segment, at least not anymore, but it’s good in virtually every scenario. The P30 Pro is still an unquestionably great camera package for the price, offering great detail, low light shots, and zoom functionality. 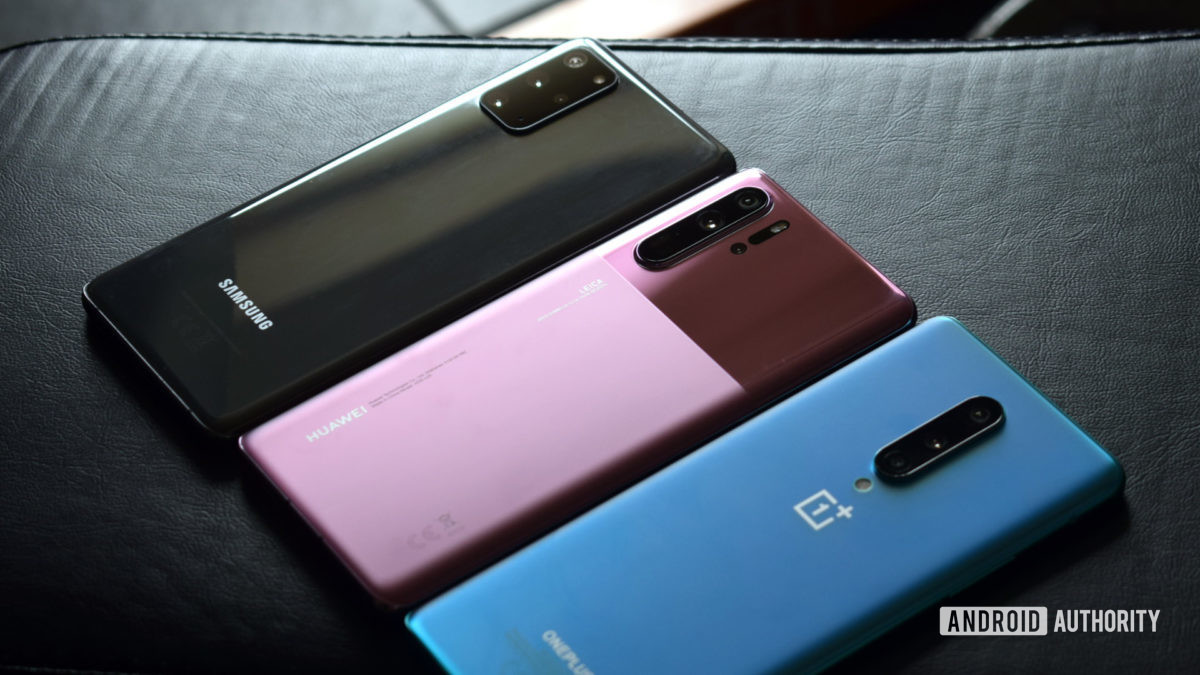 We nearly made it to the end without tripping over the elephant in the room — Google apps. Yes, the Huawei P30 Pro does have Google apps and Google services. In fact, the P30 Pro is Huawei’s last flagship handset to offer the familiar Android-Google experience.

The Huawei Mate 30 and P40 series both launched after the US trade embargo, meaning Huawei was forced to switch to an AOSP build of Android without Google services. Even though the App Gallery has improved and while there are some decent workarounds in place, Huawei’s post-ban phones are much more of a hassle to use as a result and definitely aren’t for everyone. If you want the best of Huawei and access to all Android apps with no extra effort required, the Huawei P30 Pro remains the way to go.

It’s not just the Google apps package though, I also prefer the Huawei P30 Pro’s design compared to the P40. It’s thinner, lighter, and less bulky to handle. The slick camera housing and centralized notch look nicer to my eye than the P40’s oblong shapes. The P30 Pro is still a great looker sat next to 2020’s best.

The P30 Pro was a great phone in its day and still holds up well enough for Huawei to launch an updated version with the Huawei P30 Pro New Edition.

Hardware changes with the New Edition are virtually as small as they come. The updated version is equipped with 8GB RAM and 256GB of internal storage, instead of the 6GB/128GB and 8GB/512GB variants Huawei originally offered. It features the same Kirin 980 SoC, 4,200mAh battery, and the same camera package. The New Edition ships with EMUI 10.1 out of the box, but that update will head to regular models too.

The P30 Pro New Edition is the same great phone with some very minor upgrades.

The only other change is that Huawei’s new version comes in three colorways: Aurora, Black, and Silver Frost. The latter option debuted with the newer P40 Pro. However, you can’t buy the New Edition in other P30 Pro colors, such as Amber Sunrise, Breathing Crystal, or Pearl White.

As I mentioned earlier, the New Edition costs £699 (~$859) while the “old” model is going for £100 less. Unless you really want the new color options or the 256GB storage, I’d stick with the more heavily discounted original model if you can find it. If not, the P30 Pro New Edition is the same great phone with a welcome (if minor) spec bump.

The P30 Pro New Edition offers all the great features and design of the original P30 Pro with a minor specs boost. 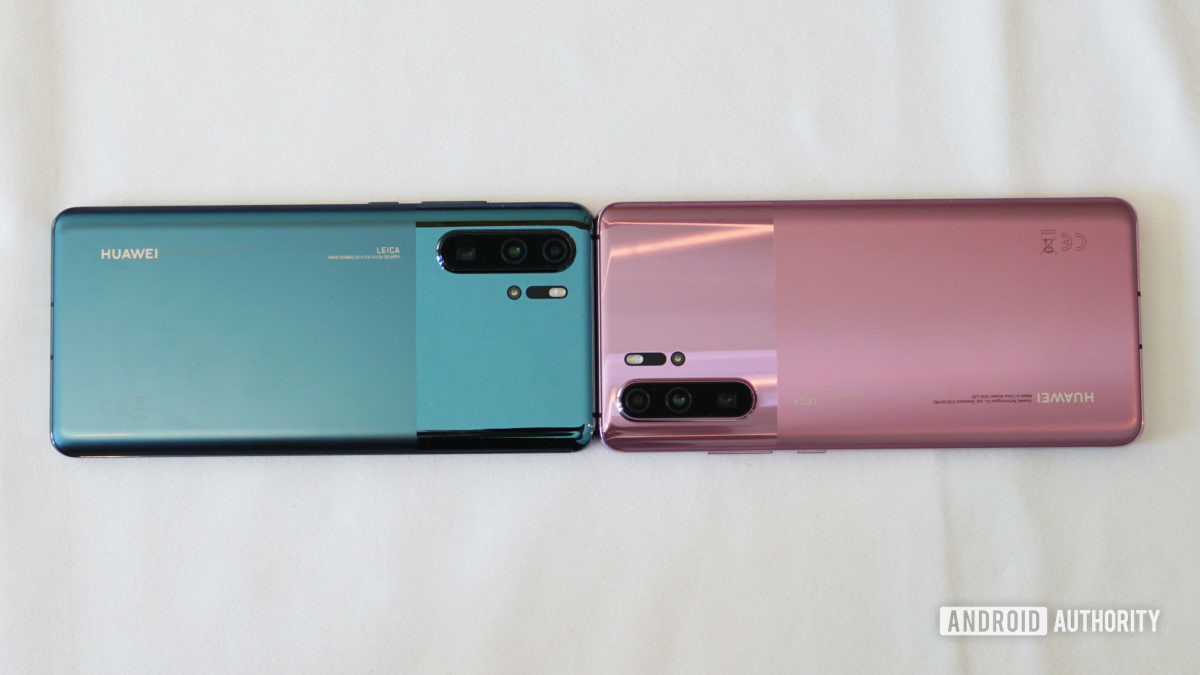 The Huawei P30 Pro is absolutely still a good buy one year later if you want a great Huawei phone without caveats and/or an affordable photography powerhouse.

Amazingly, there’s not a huge discrepancy in photography quality between it and the competition. In fact, the P30 Pro continues to be better than most. There are small gains moving up to the Huawei P40 Pro, but nothing game-changing. Plus the P30 Pro remains very competitive with a host of other Android flagships in terms of features and raw specs. The biggest drawbacks are the lack of 5G, slightly aged performance, and the standard 60hz refresh rate display.

All things considered, the P30 Pro is still a great buy for Huawei fans and photographers without $1,000 to spend.

If you can live with these aforementioned minor gripes, then the Huawei P30 Pro is fantastic value. That said, there’s definitely competition out there from newer affordable 5G flagships, such as the OnePlus 8, the upcoming LG Velvet, and even the increasingly discounted Samsung Galaxy S20.

The only remaining question is should you buy the regular P30 Pro or seek out the Huawei P30 Pro New Edition? For my money, the New Edition is only worth it if you’re after 256GB rather than 128GB or 512GB storage.

If you want a great camera, battery life, or just a really good all-around smartphone, the Huawei P30 Pro is still a fantastic buy.

That’s it for our Huawei P30 Pro long-term review. Do you think the P30 Pro is still worth buying? Let us know in the comments and be sure to read some of our other Huawei content below.