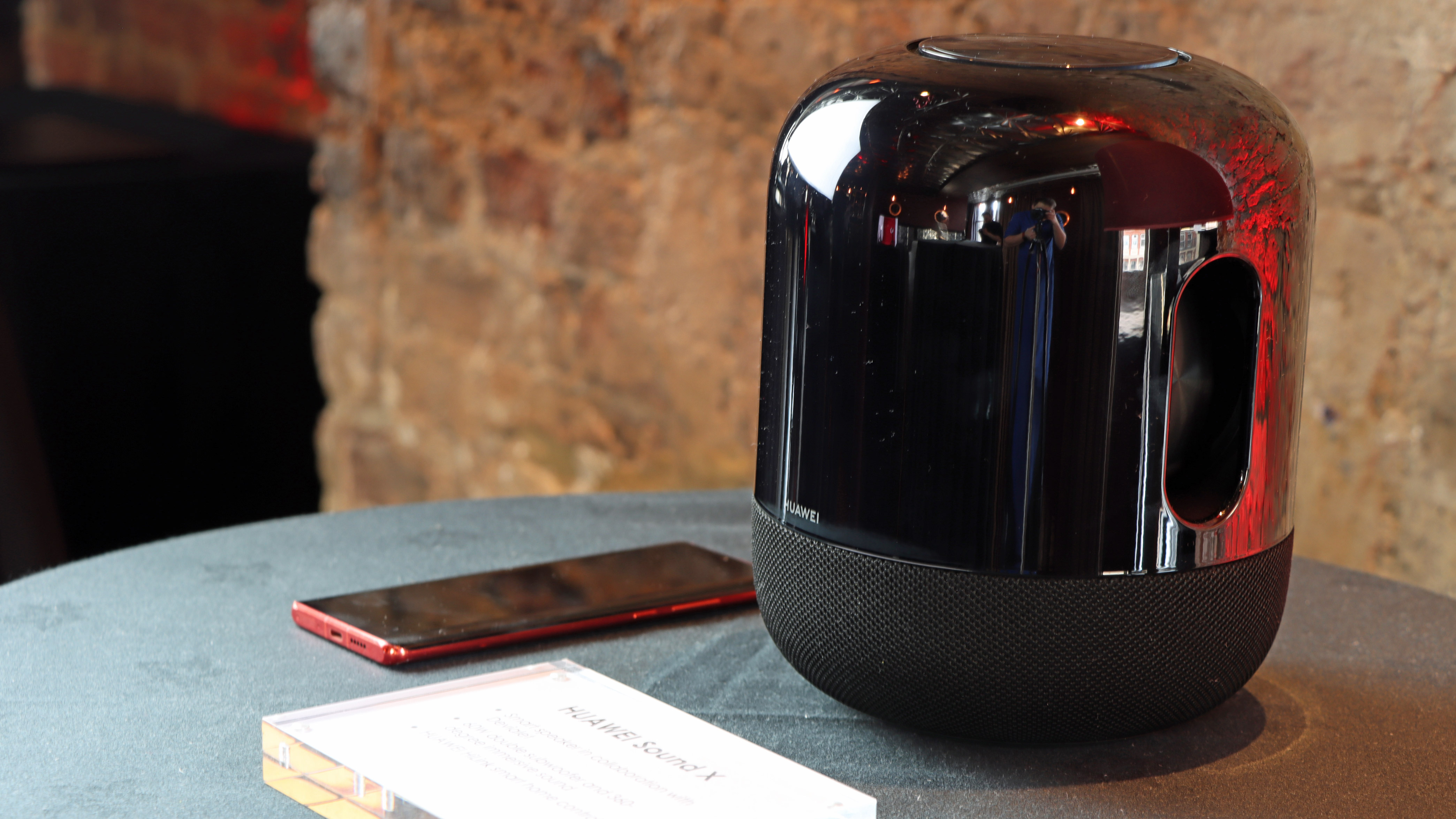 Huawei has announced a brand-new wireless speaker, which could prove to be a new rival for the ever-popular Apple HomePod.

The Huawei Sound X has been co-engineered with French audio company Devialet, which is known for its innovative, high-end speakers, like the alien-looking Phantom Reactor 900.

Like the Phantom Reactor 900, the Huawei Sound X has been designed with 60W dual-woofers that utilize the brand’s signature ‘Push-Push’ technology to cancel out vibrations, while hopefully still providing powerful bass frequencies.

While you’ll be able to see these woofers vibrate as you blast your music, Huawei claims that you’ll be able to place a glass of water on top of the speaker, and it will remain completely still – although, as a rule, we wouldn’t recommend using your expensive smart speaker as a side table.

Even so, the mesh grille that envelops the bottom of the Sound X is “stain and splash-resistant”, according to the brand, though Huawei hasn’t confirmed whether the new speaker has an official IPX rating.

There’s a voice assistant in the Huawei Sound X, and it’s Huawei’s own assistant, but the company says Alexa integration could come later.

Design-wise, the Huawei Sound X looks very reminiscent of the Apple HomePod, with a colorful LED display on the top of the smart speaker, an all-black vaguely ovaloid shape, and 360-degree wraparound grille.

According to Huawei, the Sound X will be capable of delivering 360-degree sound, and can adjust its sound profile based on whether you place it in the middle of a room or up against a wall – and with a frequency range of up to 40kHz, it should provide plenty of detail in the highest treble frequencies.

NFC OneHop audio-sharing means that you’ll be able to pair the speaker with your smartphone with just a tap, which should make connecting a breeze.

Another cool feature is the ability to mute the speaker using gesture controls; simply place your hand on the top of the Sound X and it’ll quieten down, which is handy if you need to have a quick conversation.

Here's the cheapest laptop with 128GB RAM, but it won't be around for long

How long does your laptop last on a charge? Here’s how to find out

How to create a FlipGrid video