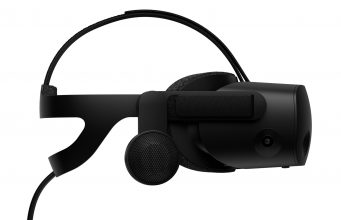 HP announced today that its upcoming Reverb G2 headset will begin shipping in “early November” to those who pre-ordered, and new pre-orders starting today will ship in December.

Reverb G2 is HP’s highly anticipated upcoming headset which brings a range of improvements and refinements over its predecessor. Sporting the highest resolution of any major headset, improved controllers, and some of the best parts of Valve Index (like its excellent off-ear headphones), the Reverb G2 is shaping up to be the first ‘next-generation’ Windows VR headset.

The headset was initially announced all the way back in May, at which time HP began taking pre-orders for the $600 device and said that it would launch in the Fall.

Today HP announced that the Reverb G2 release date would fall in “early November,” at which point the first headsets will be shipped out to pre-order customers. As for anyone ordering from today and beyond, HP expects that new orders will be delivered in December.

The company also says it’s made a few additional tweaks since first introducing the headset. For one, the lenses have been improved “to reduce the Fresnel ring reflections and improve clarity.” The menu button on the controllers has gotten a convex shape so that it’s easier to distinguish from the similarly sized ‘Windows’ button that’s on all WMR controllers. Included with the headset will be a full-size to mini DisplayPort adapter and a USB-C to USB-A adapter. Additionally the company says that after improving low persistence of the display, Reverb G2 will now require its power adapter to be plugged into a wall outlet.

Wondering why people are excited for Reverb G2? Check out our exclusive hands-on preview from earlier this year:

Hands-on: HP’s Reverb G2 is the King of Clarity

Portugal is looking for startups and ideas around the world to...