Home Autos How to win an F1 race without leaving home


Every constructor involved in real-life F1 must field an F1 e-sports division, but Renault’s involvement goes further than a logo on the branded jerseys worn by its players. They have access to the same fitness programmes as Renault Academy drivers, focusing on postural work to avoid aches and pains after spending eight hours a day in a bucket seat. “If we know it works, we’ll employ it for e-sports,” says head of Renault’s Human Performance Centre, David Thompson. “The physicality may be different, but they still need to perform.”

The goal isn’t to prep players for real racing, just to keep them performing as best they can in e-sports. But Renault’s star player, Jarno Opmeer, actually has some on-track experience, having competed in Formula Renault Eurocup. “I think it gives me an edge over other players,” he says. “Some of the drivers are really good, but they don’t have the racecraft and track placement knowledge that comes from real driving.”

Opmeer lives close to Renault’s Enstone-based facility and puts in around eight hours of practice per day. As in real-life F1, drivers have to perform in order to retain their seat. Tens of thousands of players compete in online qualifiers each year, with the best going into the series’ Pro Draft, from which drivers are selected to represent F1 teams in the Pro Series.

Opmeer sees e-sports as a viable career and F1 is the series to be in. “At the moment, it’s the biggest sim racing competition in the world, and the biggest chance to get into real-life racing, simply because there are so many big manufacturers involved.” 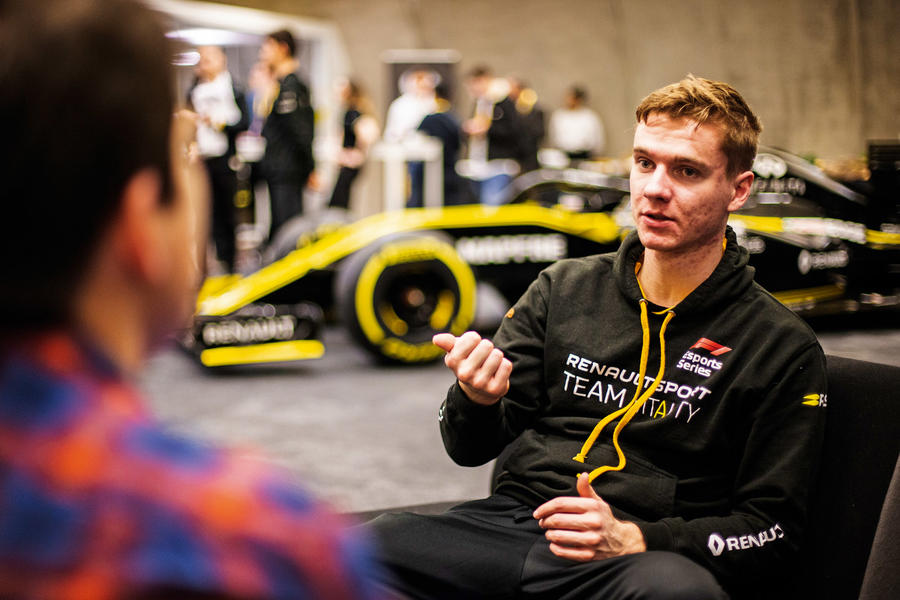 Others argue that e-sports isn’t a replacement for karting as the first rung on the motorsport ladder. “You don’t have the aspect of danger,” Formula 3 and Renault Academy driver Max Fewtrell says. “Contact doesn’t have the same consequences. Karting is a different ball game, trusting the downforce, feeling the grip and knowing what you need to do in a given corner.”

Daniel Ricciardo’s Renault F1 seat may be safe for now, then, but the virtual side of F1 isn’t going to disappear any time soon – especially as it is carries a fraction of the costs, logistics and CO2 emissions of the real thing, which is hoping to reach an ambitious sustainability goal of ‘net-zero carbon’ status by 2030.

More important than that to fans, though, is whether the racing is actually fun to watch. Can virtual F1 races on a screen ever be as exciting as watching the genuine article? “Don’t forget most people watch F1 on a screen as well!” Renault F1 reserve driver Jack Aitken is quick to point out. “I think as long as you can let go of any preconceptions, watching an e-sports race is quite exciting, as the cars are all equal and the drivers are very, very good, so the skill is still there.”

Yes, electric cars will create a waste problem — but only if we do nothing about it – The Next Web