Home Apple How to watch Disney Plus in 4K HDR


One of the biggest surprises of the Disney Plus launch was that it includes the first ever 4K or UHD versions of the classic Star Wars trilogy, with HDR support thrown in to boot. You can’t even get those on disc, making Disney’s streaming service officially the best way to watch Star Wars in 4K – so long as you can put up with yet more changes to Han and Greedo.

Of course, it’s far from the only 4K content on the streaming platform. From Star Wars to Pixar to Marvel’s mightiest, there’s loads of UHD – and HDR – content on Disney+. But how can you find it, and what do you need to be able to watch it?

How to find Ultra HD and HDR content on Disney+

Luckily this bit is pretty simple. Scroll through your Disney+ homepage and you should see a section labelled ‘Ultra HD and HDR’, which includes the content that the service has available in the top quality format.

If you click on a specific program or film you’ll also see if it supports 4K, HDR, or surround sound formats just below the play button, along with the rating and runtime, though only if you’re on a compatible device that can play 4K – more on that below.

One thing you can’t do right now is search specifically for 4K, UHD, or HDR – the search bar only recognises titles, cast & crew, characters, and genres – not formats or quality levels. 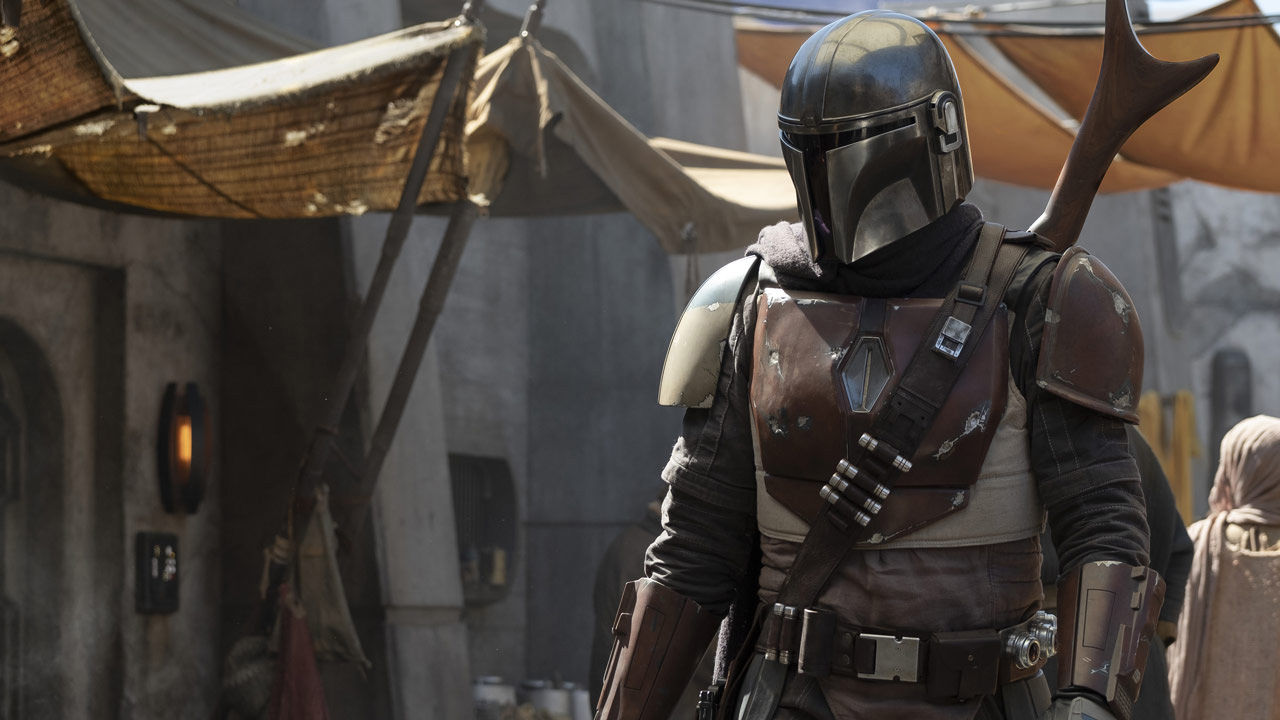 What you need to watch 4K

Even if you find 4K content, you might not be able to watch it, as there are a few technical hurdles to hit.

First up, you need to have an internet connection of 25 Mbps at a minimum, otherwise your internet simply won’t be able to keep up. Head to speedtest.net to find out your current connection speed if you’re not sure.

It should probably go without saying, but you’ll also need a display that supports 4K or HDR to take advantage of either, so you probably won’t see the option to watch 4K on your laptop or phone unless you plumped for a 4K model. Your TV will likely also have to be a fairly recent model to support streaming 4K directly itself – some older 4K smart TVs may still not offer the option due to other hardware & software limitations beyond the display itself.

There are more limitations. If you’re watching from a games console, you’ll need either a PS4 Pro or an Xbox One X to get 4K – the regular versions of either console don’t support UHD. Right now the Xbox One X supports both 4K and HDR, but the PS4 Pro app only supports 4K – hopefully HDR support is on the way, since the console can handle HDR elsewhere.

If you’re watching through a media streamer or streaming stick you’ll also need to make sure that you have a 4K-compatible model – most cheaper ones max out at HD, so you may need to upgrade if you have a 4K TV that you want to make the most of.

Finally, if you’re watching via the app on Sky Q you’ll also miss out on 4K and HDR. Sky Q doesn’t support HDR at all, so that’s no surprise, but the lack of 4K support is an oddity that we hope will be fixed soon.

Finally, it sounds dull, but make sure that your HDMI cables (if you’re streaming off a device connected to a TV or display via HDMI) support high bandwidth content, otherwise they could throttle the quality without you even realising – check out our HDMI cable buying guide for more info.

Assuming that all of the above has been taken care of, and you see the UHD or HDR option listed on the content page, Disney+ will stream it to you at the highest available quality automatically, so there’s no need to actively choose to watch in 4K.

How to watch To All The Boys: Always And Forever online

Will people ever ditch Windows 7?

Apple prepares for 'strongest financial report in its history'

Google threatens to leave Australia – but its poker face is...