The following is an excerpt from Geoffrey Cain’s new book “Samsung Rising: The Inside Story of the South Korean Giant That Set Out to Beat Apple and Conquer Tech,” about the South Korean company’s journey from grocery store to tech giant.

ONE DAY IN SEPTEMBER, the U.S. division’s South Korean dispatcher (its liaison with Samsung headquarters), a man named Ji, hurried into the office, frantic and fearful. A plane full of auditors from Samsung headquarters was on the way from Korea to go through the American team’s books. They would land in a few hours.

“Help them and be open,” Ji said.
He told his team to give them “whatever they need.”

For three weeks, the American
marketing team was forced to go through their records, proving their successes.

“They were accused of bribing the media, falsifying sales, and a bunch of other damaging claims that hurt morale in the office,” re­ported Business Insider’s Steve Kovach. “The same US-based office that helped turn Samsung into a brand as recognizable as Apple was sud­denly being punished for its work.”

This is our reward for success? Todd’s people wondered.

While his employees were distracted
by the audits, Pendleton man­aged to keep his head held high. For him, the
audits weren’t something to fear. Samsung’s headquarters just wanted to learn
what his team was up to. Employees claimed that it was his unrelenting optimism
that was the magic behind his success.

The auditors found nothing out of
the ordinary. And the team’s feeling of being under attack by South Korean
headquarters had the unintended consequence of strengthening the sense of unity
among Pendleton’s high-performing marketers, bringing them closer together as a
tribe.

Whatever the executives at
Samsung’s headquarters in Seoul thought, the team’s “Next Big Thing” commercial
garnered seventy million online views. It was the most popular tech ad of 2012.

Todd was ecstatic when he opened The Wall Street Journal on Janu­ary 28, 2013, to an uncanny story.

“Has Apple Lost Its Cool to
Samsung?” the headline read.

“Samsung, the market leader in
smartphones, on Friday said its fourth-quarter profit surged 76% to a record
high on the strength of smartphone sales, including its Galaxy S line. The
latest version is con­sidered comparable by many shoppers in both design and
technical features,” wrote tech reporters Ian Sherr and Evan Ramstad.

“Apple, meanwhile, reignited
concerns about demand for its iPhone 5 after reporting flat earnings for the
holiday quarter, sending its stock down 14% in the past two days. The stock has
also dropped 37% since hitting an all-time high on Sept. 19, just two days
before the iPhone 5 launched in stores.”

The Wall Street Journal piece pointed to Pendleton’s “marketing on­slaught” that had allowed Samsung to close the “coolness gap with Apple Inc.” The article riveted the tech industry.

But the Super Bowl was fast approaching (six days away), and Pendleton wasn’t finished attacking Apple’s position in the marketplace. He had a new $15 million ad-libbed commercial set to air during the Super Bowl, made with 72andSunny, featuring comic banter among Paul Rudd and Seth Rogen and “Breaking Bad”‘s Bob Odenkirk, plotting their own fictional ad spot for the Super Bowl.

“No! It’s trademarked,” snapped back
Bob Odenkirk. “You get sued!”

“Can we say ‘the San Francisco
fifty minus ones’?”

The commercial was more a
brand-building exercise than an effort to sell more phones, poking fun at
Apple’s lawsuit. Samsung was riding a powerful wave of positive publicity.

Forbes described the ad as “a barrage of not-so-subtle jabs at com­petitor Apple Inc.”

See also  All the clues suggest the new Apple Watch will be aimed at children - Wired.co.uk

Phil Schiller, Apple’s senior vice president for marketing, was livid at Samsung’s marketing campaign. He shot an email to Apple’s ad agency, TBWAChiatDay, with a link to the Wall Street Journal article.

“We have a lot of work to do to
turn this around,” he wrote. He emailed Apple CEO Tim Cook that Apple “may need
to start a search for a new agency.”

“We feel it too and it hurts,”
wrote an advertising executive at TBWA back to Schiller. “We understand that
this moment is pretty close to 1997 in terms of the need for advertising to
help pull Apple through this moment.”

Schiller blew up at the response.

“To come back and suggest that
Apple needs to think dramatically different about how we are running our
company is a shocking re­sponse,” he wrote.

“In 1997 Apple had no products to
market. We had a company making so little money that we were 6 months from out
of busi­ness. . . . Not the world’s most successful tech company. Not the com­pany
that everybody wants to copy and compete with.”

Samsung’s Super Bowl ad was “pretty
good,” Schiller went on, “and I can’t help but think these guys [TBWA] are
feeling it, like an athlete who can’t miss because they are in the zone while
we struggle to nail a compelling brief on iPhone.”

In response to Samsung’s new
marketing savvy around new re­leases of its Galaxy phones, Apple seemed to
follow Samsung’s lead in terms of new products, expanding Apple’s limited lines
to include big­ger screens, additional sizes of iPhones, and more variety for a
wider swath of customers.

“Consumers want what we don’t
have,” read a gloomy Apple pre­sentation slide in February 2013, lamenting that
growth was slowing, that people were crying for bigger screen sizes. It was an
idea that Sam­sung had pioneered.

Advertising at Apple, too, needed a reboot. As Pendleton was lam­pooning Apple, the company had already been releasing commercials around the “Genius Bar,” featuring a feisty, squeaky-voiced fix-it geek running around telling people about basic features on their Apple products on an airplane, at someone’s front door, and on a city street. The spots were called “embarrassing” by The Verge and so derided by loyal Apple followers that Apple pulled them.

In 2013 Apple raised its U.S.
mobile phone advertising budget from $333 million the previous year to $351
million. (Samsung had a $401 million budget in 2012.) It brought its
advertising work in-house and forced its traditional outside agency to compete
with Apple’s in-house talent.

As Apple struggled to get its mojo
back, Samsung was already mov­ing forward with its next assault, this time in
software.

Excerpted from “SAMSUNG RISING: The Inside Story of the South Korean Giant That Set Out to Beat Apple and Conquer Tech” © 2020 by Geoffrey Cain. Published by Currency, an imprint of Penguin Random House LLC. No part of this excerpt may be reproduced or reprinted without permission in writing from the publisher.

If you’re a member of your local public radio station, we thank you — because your support helps those stations keep programs like Marketplace on the air.  But for Marketplace to continue to grow, we need additional investment from those who care most about what we do: superfans like you.

Your donation — as little as $5 — helps us create more content that matters to you and your community, and to reach more people where they are – whether that’s radio, podcasts or online.

When you contribute directly to Marketplace, you become a partner in that mission: someone who understands that when we all get smarter, everybody wins. 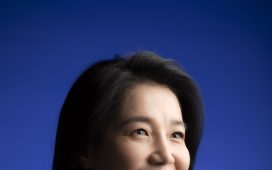 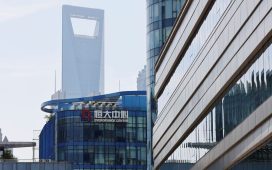 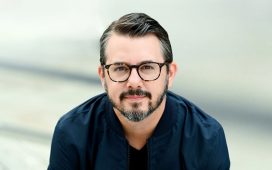 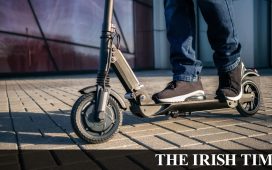 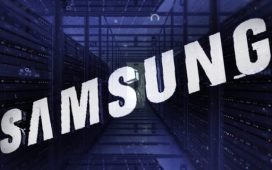 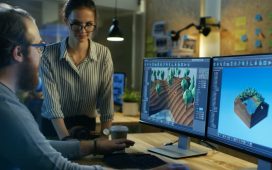