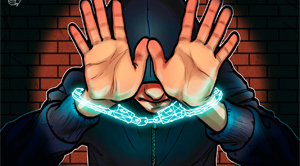 Blockchain security can prevent fraud in cryptocurrency as it can identify such malicious activities and blacklist it.

FREMONT, CA: Blockchain software is a digitized, decentralized ledger that features a highly secure, peer-to-peer encryption process of the transaction. False operations are easily identified by using the distinct protocol of verifying transactions. In blockchain technology, security is based on:

Encryption: In a wallet protection system, a unique key is known as “hash” is given to every user. Hashing is a function in public-key cryptography that is mathematically generated where a single, fixed output is created irrespective of how many times the feature is used. It is a connection to the wallet, the security deposit box for every person.

Mining: Mining is a complicated, costly process that is responsible for preserving the integrity of technology. Miners of the Blockchain introduce additional transaction “blocks” to the chain, affirming that every part of the transaction is legitimate. They are rewarded with the cryptocurrency.

Immutability: The distributed ledger remains unchanged as it is the most crucial aspect of the technology. The immutability of the technology implies that data cannot be removed from the platform when the transaction is verified.

What are some measures of preventing cryptocurrency fraud?

As predicted, the requirement to learn from the past, recognize, and fight fraud on the peer-to-peer network has been realized by exchanges, tokens, and blockchain firms.

Anti-phishing software: The software program is developed to detect malicious links, email attacks, fake websites, and withdraw access. It also approves legal websites and links in some instances. The anti-phishing program from Metacert is capable of mass-scale web address verification and has secured users from both familiar and unfamiliar types of phishing threats.

Cold wallets: There are usually two kinds of cryptocurrency wallets. A cold wallet is not linked to the internet and is thus less prone than a hot wallet to hacking. A cold wallet is more secure and accessible to the user in the form of a device, even though most hot wallets are free and common.

Blacklisting: Cryptocurrency organizations can protect themselves from falling prey to recurring trends of fraud by detecting fraudulent initial coin offerings, phishing patterns, and key/identity thieves and blacklisting them.

What Does It Take To Be a Cybersecurity Researcher?