When Warzone launched in early 2020, few could have predicted just how successful it would be. Call of Duty’s second attempt at the Battle Royale genre after the mildly popular Blackout mode, Warzone’s eventual domination of not only the Battle Royale genre but shooters, in general, wasn’t guaranteed. However, due to the Covid-19 pandemic and the sudden abundance of time on people’s hands, and the developer’s constant trickle of new content, Warzone actually released at the perfect time.

In the 18 months since, the iconic Verdansk map has undergone many changes, from an invasion of the living dead, to an 80s throwback, to even the inclusion of Nakatomi Plaza from Die Hard. However, it hasn’t been without its issues. Hacking is rampant and it feels like every few days there’s a new bug that completely destroys the balance of the game. In July 2021, players even found themselves able to begin games with a full, end-game loadout. Some players are getting sick of it, and they’re looking for an alternative.

As sentiment in the Warzone community reaches an all-time low, Battlefield 2042, EA Dice’s futuristic, multiplayer-only revival of the Battlefield series finds itself with an opportunity. But what does 2042 need to do to secure long-term multiplayer success? How can it convert players that might pick up the game for a break from Warzone into loyal fans? Well, in order to do that, it has to learn from Warzone itself.

The best map in shooter history

While those who’ve played Warzone every day for 18 months may be tired of it, at launch, Verdansk was simply the most diverse, expansive and engaging map in the history of the genre. This was achieved by essentially stitching 10 regular Call of Duty multiplayer maps together, but in doing so it ensures that no matter where the final circle ends, there’s always a dynamic battle to be had, not a random shootout in the middle of a field.

See also  Zara Bamford: What the Military Doesn't Want You to Know About Video Games - The Chicago Maroon

While Battlefield 2042’s maps have already been shown off to be sprawling behemoths bigger than even the sizable maps in Battlefield 1, 2042 must ensure that they’re not simply big for the sake of being big, but engaging. There’s nothing worse than feeling like you need to commute through a boring part of the map to get to the action.

The key to the success of any multiplayer shooter is engendering the player into the loop of “One More Match”. We’ve all done it. Those late nights where you feel like you’re on the precipice of a win, then you look over at your phone and realize it’s 2am.

Warzone succeeded in this by having the time to load into a subsequent match be so short, that before you even think about getting off for the night, you’re dropping back in. Battlefield 2042 emulating that addictive quality will go a long way in building a player base. Sure, you may have just lost a match, but if you’re straight back into the next one, on a whole new map, you’re far more likely to keep playing than if there’s a protracted period of down-time between games.

Hack to the Future

The hacking situation in Warzone seems to get worse by the week. While Activision has banned plenty of players, and works to disable the mountain of different hacks that are easily added to the game, it’s still not enough. Playing Warzone on PC is like being in a slasher film where all you can do is run away from the player who’s downing you in two shots with a pistol, while you’re in a different zip code. A lot of this stems from the fact that although Activision can ban accounts, Warzone being free to play means the barrier for a bad actor to get into a game and ruin it for everyone else is slim.

With Battlefield 2042 being a full-priced retail game, hopefully, that will dissuade players from risking their accounts but, even still, although the game isn’t out yet, some of the biggest Warzone cheat developers are saying they’ll be able to use their tools in 2042. If Dice doesn’t make it a priority to make the game an even playing field, then Battlefield 2042 on PC could quickly become a ghost town.

Perfectly balanced, as all things should be

One of the biggest issues in Warzone, the constant battle for weapon balance, is an issue of Activision’s own making. After committing to integrate multiple generations of Call of Duty weapons all under the Warzone umbrella, this left the developer with hundreds of weapons to balance. Combine this with the regular release of new guns every season and new blueprints to the shop, balancing Warzone has become like trying to balance a fighting game with 2000 characters.

Each season, a community-wide effort is launched to find the most “OP” or “meta” guns, and after the consensus is reached, the whole community attaches itself to that loadout, only to change it when the next patch comes out. This becomes extremely boring. What’s the point of having so many weapons in your game if only less than five of them are viable? Why would a player willingly choose a weapon they know isn’t “broken” this season?

To counter these issues, Dice needs to do two things with Battlefield 2042. Firstly, it needs to make sure that balance patches are issued at a much faster rate than the absolutely glacial Warzone patches. And it needs to make its pool of weapons much more viable in high-level play. It would make the game far more interesting to have no idea what creative new combination of attachments and scopes your enemy has, rather than the current Warzone situation of knowing exactly what gun they’re using, because you’re using it too.

Publisher Activision Blizzard, responsible for Call of Duty Warzone, is currently embroiled in ongoing litigation in regards to claims reporting a workplace culture that allegedly enabled acts of sexual harassment, abuse and discrimination. Read our Activision Blizzard lawsuit timeline of events for ongoing coverage of the events. 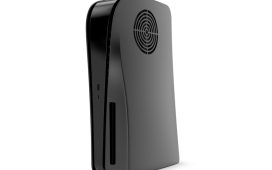 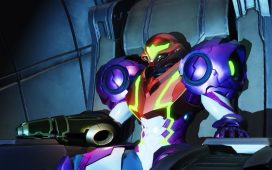 Samus Aran chooses not to speak in Metroid Dread, and that makes all the difference 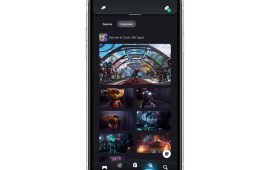 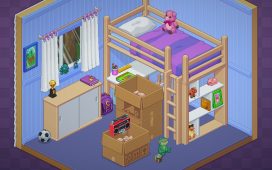 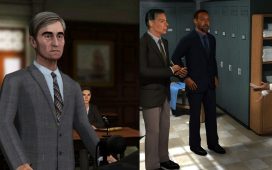 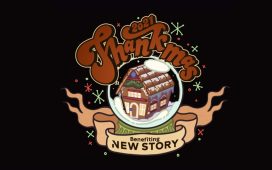 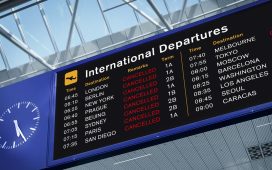 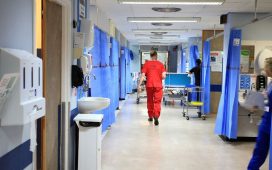 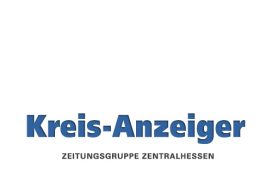