Home Windows Here's how to beat the first boss, an evoker, in Minecraft Dungeons


There are many different kinds of bosses in Minecraft Dungeons, each with their own special attacks and abilities. You’ll need to have a strategy for every one to progress further. The first boss in Minecraft Dungeons is a menacing evoker, and if you’re not careful it can quickly put an end to your adventures in the game. Here’s everything you need to know to survive his onslaught and take him down.

How can I defeat the first boss in Minecraft Dungeons?

The first boss you come across in Minecraft Dungeons isn’t going to be one of the game’s several main bosses, like the Arch-Illager, but rather a mini-boss. These are bosses you might fight multiple times throughout your game, and are often used to split levels and inject additional obstacles in the player’s path.

In the Pumpkin Pastures area (the third area you’ll tackle), you’ll need to beat two evokers, an illager-type hostile mob that can summon minions and use powerful magic. The first evoker is a sample, to get you used to the mob’s attack patterns before you face the larger, far stronger evoker later on. Take advantage of the first evoker to get a feel for how this mob attacks.

Evokers have a primary pincer-style attack that it summons from the ground. These pincers entrap you in their teeth and crush you, dealing devastating amounts of damage. As you can see in the images above, an evoker can employ these pincer traps in two ways: either in a direct frontal attack aimed straight towards you, or in a circle formation surrounding the evoker. This attack needs to be avoided at all costs, as it can instantly turn the tide of battle against you.

READ  Review: Surface Go 2 is a tiny tablet PC that shows all around improvement

The first frontal attack is the move evokers will rely on the most. They use it whenever you’re in range, and sometimes will spam it if they’re trying to chase you down. The second circular attack is used when an evoker feels threatened, like if you’re approaching it. Both attacks are very strong, and will knock significant chunks out of your health. For this reason, it’s best to stay out of range and use your bow instead.

The evokers’ second attack is to summon flying minions that will track you down and swarm you. These minions have negligible amounts of health, and don’t deal a ton of damage, but they can quickly overwhelm you and will try to pin you down. In this way, they assist the evoker in landing a brutal pincer attack. The minions shouldn’t be the main priority for you, since evokers can keep summoning them, but don’t let them build up either.

Once you understand how the evoker attacks, use these strategies to defeat them:

The first of many

As long as you follow this guide, the evoker won’t have a chance. Their ranged capabilities are limited, other than weak minions that are more of a nuisance as long as you don’t let a bunch of them accumulate. Their trap-like pincers they can summon are the real threat, making your dash ability and bow your best friends. Stay mobile, stay out of range, and make sure you have some spare arrows. I’m sure you’ll evoke feelings of despair in any evoker. 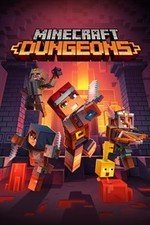 Minecraft grows up and and reaches out.

Minecraft Dungeons is the next saga in Minecraft’s story, and it looks like Mojang and Microsoft are hitting another one out of the park. Minecraft Dungeons combines the familiar world we all grew up on with an injection of Diablo, a whole lot of fun. Available on every platform you’re on, for a ridiculously tempting price, what’s not to love?

How to download and install the Windows 10 October 2020 Update

Need to postpone the Windows 10 October 2020 Update? Here's how.

How to download and install the Windows 10 October 2020 Update