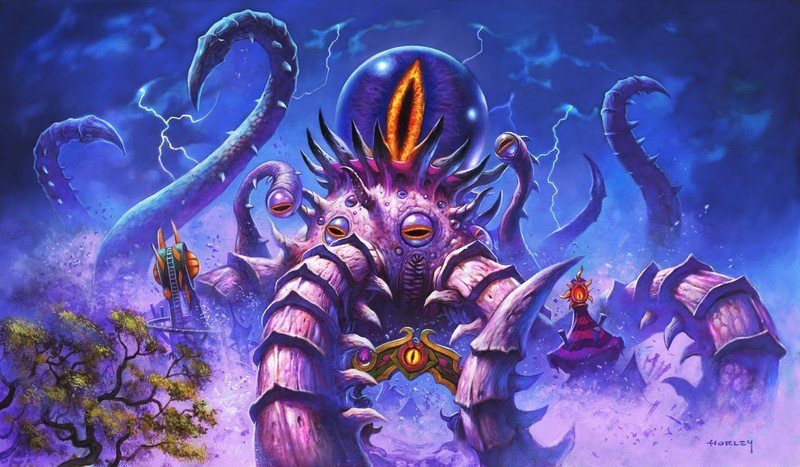 Blizzard Entertainment is promising a whole bunch of updates to its free-to-play deckbuilding game Hearthstone next month.

The Madness at the Darkmoon Faire expansion will release on Nov. 17, bringing 135 new cards to the game as cosmic horrors invade the zany carnival. The set will include new versions of legendary minions including C’Thun and Yogg-Saron, who were previously released in the 2016 expansion Whispers of the Old Gods, and will also feature powerful spells inspired by that set called Old God Artifacts. The expansion introduces a new Corrupt keyword that lets players cast more powerful versions of a card after playing a higher-cast card.

Players who prepurchase a Madness of the Darkmoon Faire bundle will get the chance to try out the new Hearthstone Duels play mode before it goes live for all players on Nov. 12. Combining aspects of the PvP Arena mode with the Solo Adventures story mode, Duels will have players start with constructed decks from their own collections that they can update between matches by drafting additional cards and earning treasures.

The first season of Hearthstone Duels launches on Nov. 17 and will feature heroes from the Scholomance Academy expansion. Duels Mode games are free, though a Duels Heroic Mode rewarding card packs, in-game gold, cards, and Arcane Dust will cost $2 or 150 gold.

On Nov. 12, Blizzard will also release its biggest update ever to Hearthstone’s progression system. A new achievements system will track in-game accomplishments, with the list expanding with every expansion. Players will also progress through a new Reward Track every expansion, accumulating experience points from playing that will give them gold, card packs, and cosmetic benefits.

Another new feature is Weekly Quest, which will appear alongside the game’s Daily Quests and event-driven Legendary Quests. A new profile page will let players track all of their progress through these systems and other lifetime stats.

You're invited to the Cyberpunk 2077 launch party with Twitter Gaming