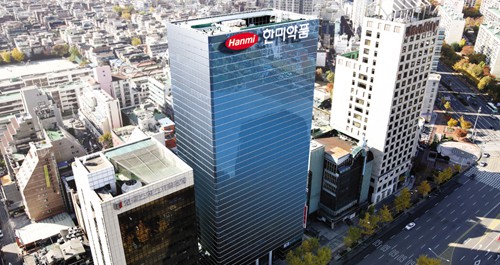 Hanmi Pharmaceutical Co. will collect a national export merit medal for the development of its innovative NASH (non-alcoholic fatty hepatitis) therapy which was successfully licensed out to MSD last year.

The company said on Monday it will receive the Korea New Drug Development Award for technology export in recognition of its business achievement with efinopegdutide (LAPSGLP/GCG) during the 22nd Korea New Drug Development Award ceremony due on Friday. The event is hosted by Korea Drug Research Association and sponsored by the Ministry of Health and the Welfare and Ministry of Science and ICT.

Efinopegdutide was first licensed out to Janssen in 2015, but the Belgium-based pharmaceutical arm of Johnson & Johnson returned all rights after the two disagreed over the drug’s indication although Phase 2 trial data met the primary endpoint of weight loss.

Hanmi Pharm continued to develop the drug by changing the indication after confirming the drug`s efficacy in obesity treatment and signed a new out-licensing deal worth $860 million with MSD as a treatment for NASH in August last year.

The deal with MSD is significant as it debunked the widespread industry perception that the return of rights is regarded as a failure in commercial development of novel drugs.

Hanmi Pharm started to develop efinopegdutide in 2010. There is no available cure for NASH which is characterized by complex symptoms due to fatty liver and liver fibrosis.

The multi-target therapy is proven effective against fatty liver, inflammation, and fibrosis, with excellent clinical outcomes in NASH treatment. A Phase 2 clinical trial is expected to begin this year.

By Chung Ji-sung and Minu Kim

The Tech Sell-Off Is a Buying Opportunity Ahead of Strong Earnings: Wedbush – Business Insider

Launched by MIT grads, a small startup gets $20M to back a robotics revolution in cell therapy manufacturing – Endpoints News

Run Windows 10 on your M1 Mac with Parallels Desktop 16.5

Instagram Will Enable Users to Choose Whether They Want to Hide...