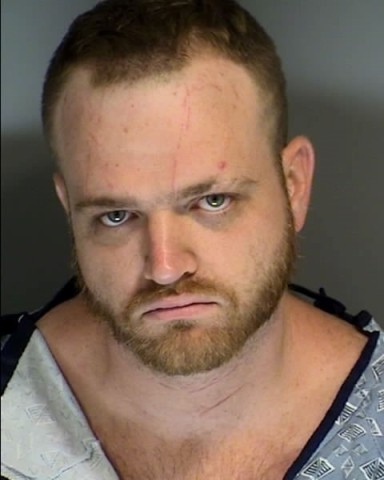 A Hampton man who fled New Kent authorities during a June 28 pursuit pleaded guilty to three felonies and three misdemeanors as part of an agreement reached during Monday morning proceedings in New Kent Circuit Court.

In a summary of evidence, around 6 p.m. on the abovementioned date, a vehicle was traveling south on North Courthouse Road at 70 miles per hour in a posted 45 miles per hour zone. When a New Kent Sheriff’s Office deputy attempted to pull the vehicle over, it accelerated and traveled westbound on Pocahontas Trail (Route 60). The vehicle began traveling westbound on the eastbound lanes when it struck a vehicle near Toe Ink Wayside. After the vehicle crashed, the suspect, later identified as Dawson, fled on foot.

Virginia State Police K-9 and New Kent Fire and Rescue assisted New Kent Sheriff’s Office during a search that lasted six hours. Perlie was discovered slumped over in a vehicle he had stolen from Anthony Wasiack in an attempt to elude police officers. The trespassing conviction stems from Dawson entering into private property after crashing the vehicle in the initial pursuit.

Under the plea deal, Dawson will be evaluated for the CCAP program. If he is approved for the program, all time on the six charges will be suspended if he successfully completes the two-year program. If Dawson does not qualify for the CCAP program or is discharged from it, he will receive a five-year sentence with three years, three months suspended (one year, nine months to serve) on the grand theft auto conviction. The remaining time (five years on both the felony eluding and hit and run, 12 months on each of the three misdemeanor convictions) will be suspended if he fails to qualify for the CCAP program. He must also pay $1,200 in restitution.

In other circuit court proceedings:

–Yves Gerald Pretto, 37, of the 3200 block of Bentham Lane, Chesapeake, had four charges of credit card larceny, and one charge each of felony ID theft, receiving stolen goods, and credit card fraud dropped.

–Julia Catherine Wilson, 25, formerly of the 1800 block of Hurst Drive, Hampton, had one charge of possession of a controlled substance (hydrocodone) dismissed after successfully completing the First Offender Program.

What does the new lockdown mean for UK motorists?

Apple (AAPL) in Talks With Hyundai About Electric Cars – Investopedia

Did you solve it? A head for hats