Grounded is shaping up to be a very impressive addition to the Xbox Game Studios lineup, and is debuting in the Xbox Game Preview and Steam Early Access programs on July 28, 2020. However, a big problem is likely prevent many potential players from trying out the game for themselves, and that’s the existence of spiders. Spiders are the largest and most aggressive mobs in Grounded, which understandably is going to make people with arachnophobia or discomfort related to spiders wary of the game.

Obsidian Entertainment is aware of this, and they’ve implemented an extremely detailed Arachnophobia Mode into the game, which frankly needs to be copied by every single game featuring spiders, that allows players to slowly “turn off” spiders using a slider. You can have full spiders or just two floating hit boxes with no textures or stand out features, or anywhere in between.

Obsidian Entertainment wants to make their game accessible to as many people as possible, and this is a great way to help include one of the most common phobias people can have: the fear of spiders. Grounded has even gone so far as to ensure that the preview image doesn’t show in settings until the player chooses to view the image, so players won’t have to come in contact with a spider before they’ve suitably stripped it of its more terrifying assets.

If you’re interested, you can check out this awesome interview with technical game designer Jerrick Flores from Obsidian Entertainment here at Gamespot for more details on the game’s Arachnophobia Mode, or join us as we jump into the Early Access and Game Preview for Grounded starting tomorrow. 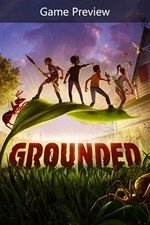 Obsidian Entertainment makes their exclusive debut on Xbox One and PC with Grounded, a unique survival experience that literally makes all of your problems much, much bigger. Join your friends as you’re shrunk down to the size of an ant, forced to survive in a dangerous backyard.

Windows 10 20H2 could launch soon: All you need to know

Microsoft Edge Dev channel update is all about fixes, fixes, and more fixes

Here's how to use the Blacksmith vendor in Minecraft Dungeons

Battleship on Surface Duo is kind of brilliant

Where can you get a replacement XPS 13 battery?

EA is replacing Origin with the all-new EA Desktop app, and you can test it

Interview: Details on The Outer Worlds: Peril on Gorgon DLC

ASX set to rise; US tech stocks rally back – The...

For television executives, return of football is good news – Beaumont...