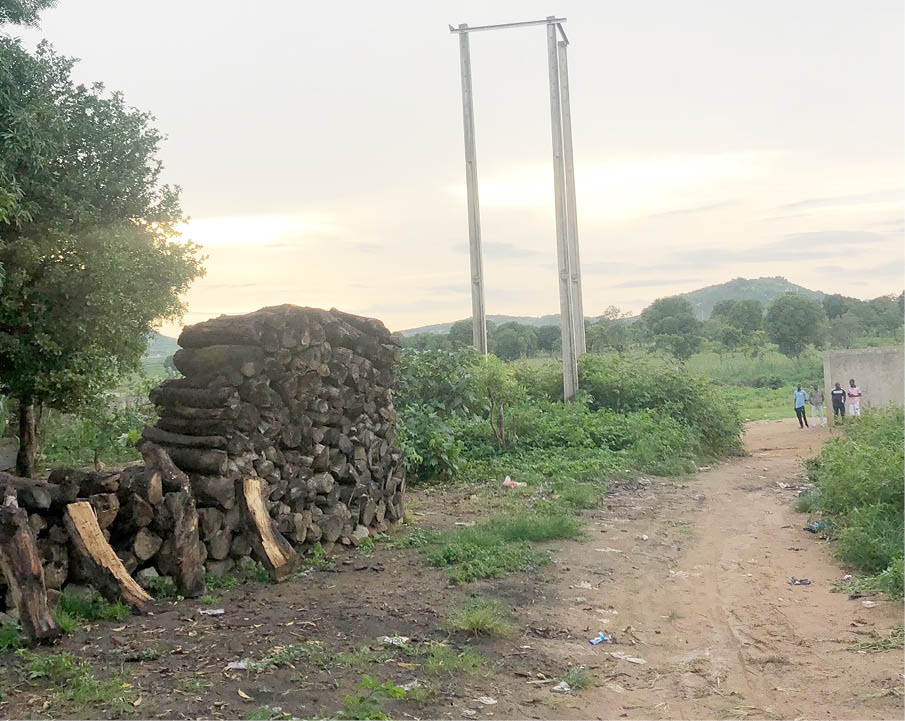 Exactly a year ago, Daily Trust published a report on an Abuja community along Airport Road where many residents died while attempting to cross the express to charge their phones. Since that report, nine other people have lost their lives in similar circumstances because Gosa still has no electricity.

In the first quarter of 2019, at least 16 people died in Gosa Kpanyi Kpanyi, a village along the Abuja Airport Road, while attempting to cross the express road to charge their phones or other electronic devices.

One year after Daily Trust published this report, and 71 years since the village was established, nothing has changed. Gosa still has no electricity, has never had, and more people have died while attempting the crossing to charge their phones in the neighbouring Gosa Anguwan Tivi.

Since the report, at least nine other people have died, according to the secretary of the community association, Daniel Baba.

In March, Hadiza John Mathew, 20, an SS 2 student died while crossing the four-lane express to charge her phone. She was knocked over by a car.

Her sister, Marita John, is still devastated by the loss.

“She was crossing the road to charge her phone and unfortunately a car hit her and she died,” Marita told Daily Trust.

In Gosa Kpanyi Kpanyi, many people, like Marita, are mourning loved ones killed in similar circumstances.

Naomi Danlami is grieving the loss of her father, Danlami Baba, who was also killed on the express. She had vivid recollections of December 7, when the incident occurred.

They had been sitting with their father when he excused himself to ease himself. That was the last time she would see him alive.

After easing himself, Danlami Baba decided to cross the street to the other community to visit his sister who lived there.

“We didn’t know that he had crossed the road. He went to greet our aunt in the neighbouring community. On his way coming back from his short visit, the accident occurred,” she said. “We feel so bad, so sad.”

Naomi, who is still in junior secondary school three, said the loss of her father has affected her education.

The lack of electricity in Gosa Kpanyi Kpanyi has continued to baffle residents like Joseph Haruna.

“We don’t know the problem we have with the government that we are yet to be connected to the national grid. We vote for them when the election period comes. We believe that anywhere that they hold elections, they must give them light. Check this Airport Road, all the community you find here, from City Gate to Giri, [but] two poles here and we don’t have light,” he said referring to the power poles installed years ago with the intent of bringing electricity to the community. They have remained abandoned since.

“We have a councillor, we have a speaker here. The chairman comes here to visit the community before the election and after the election, the chairman came here and promised but failed. But we don’t know what is happening,” he said.

According to Haruna, Gosa’s problems are beyond electricity as they don’t have water supply or school and have buried many people who were killed while crossing the express to charge their devices.

“We are also human beings here. They [government] should pity us. We want electricity, borehole and education,” he said.

Ado Obadaya Adigizi, who has lived for over 40 years in Gosa community, echoed the same sentiments.

“Our people are losing their lives because of common charging of gadgets, and the funniest thing is that this is our community and this is our motherland, but we are surprised that today we don’t have light. The government has failed to consider us.”

He said even the borehole in the village was sunk by a non-governmental organization.

Samiyu Auta, who has lived for about 50 years in the village alongside his family, said of the 36 villages from City Gate to Airport Junction, Gosa Kpanyi Kpanyi is the only one without electricity. He too has been left scratching his head as to what could have caused this neglect.

“Without our handset, we can’t eat food. You can’t communicate with me without the handset. We are begging the federal government to assist us. If we offend them in any way, they should forgive us,” he said.

Gloria Godwin, another resident, said that in the time that schools are closed and students are at home, without electricity, they are mostly not informed about developments around the world.

“At midnight, we go to the bush to defecate, we have no toilet, we have no water,” she said. “This is the stream we use to drink. No healthcare, no school. Our children cross the four lanes before they go to school. Many of them die in motor accidents.”

“Our pregnant women, some start labour at midnight and before we struggle to [get to] Gwagwalada, they lose their lives. We beg president Buhari to assist us on those three things.”

Secretary of the Gosa Kpanyi Kpanyi community association, Daniel Baba, said they have written to top officials concerning their travails.

He said they have had a borehole now for a year and it is not sufficient for the community.

“The population in the community overpower the borehole,” he said. “Sometimes it will cease and we would have to resort to using the water source we were using before.

“I am standing here on behalf of the people of this community, appealing to the government, let them consider our plight. We are all human beings, they should sympathize with us and gives us light, health centre and school,” he said.

The Abuja Municipal Area Council (AMAC), when contacted, said 50% of the project has been completed.

Speaking to our reporter, Jagaba Adamu Sarki, who is the councillor for Works AMAC added that the community has not been abandoned.

“We have been there for so many years, trying to apply to the various governments that preceded Abdullahi Candido’s administration but we didn’t succeed,” he said. “But when Candido came, we requested again and succeeded.”

He said however that the contractor has reached the site but had to leave due to “financial predicament” which meant they are unable to complete work.

“I have urged them to be patient,” he said. “They should not think that the work will not be completed, it will be completed.”

For now, every time a resident of Gosa Kpanyi Kpanyi leaves home to charge his or her electronic device, there is no assurance they would be returning home. That is the reality of life here.

Excessive use of mobile phones by students during lockdown: Study – Social News XYZ

Google just unveiled its next major smartphone, the Pixel 5, a...