On the fourth Thursday of November, Americans traditionally pause to reflect and be grateful for the bountiful blessings we have in our lives. For many, that value is rooted in warm and much-anticipated gatherings with family and friends.

Following last Thanksgiving, when get-togethers were muted by the coronavirus pandemic, Google is marking this year’s celebration of all that we’re grateful for with an animated doodle that reflects togetherness. In Thursday’s Google Doodle, which is reminiscent of the 1950s movie theater intermission ad Let’s All Go to the Lobby, the standard fixins of a traditional Thanksgiving dinner happily join in a joyful march.

The Doodle’s holiday parade is led by a gravy boat (because everyone is actually tracking its progress around the table) and includes an ear of corn, a yam, a potato, a slice of pumpkin pie and a cranberry.

The annual tradition of giving thanks, which this year marks its 400th anniversary, was formalized by President George Washington in 1789 and became a federal holiday under President Abraham Lincoln in 1863. The date of Thanksgiving changed to the fourth Thursday in November under President Franklin D. Roosevelt in 1941 and is now synonymous with turkey, stuff and the annual day-after Black Friday bargain hunting. 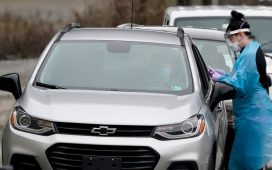 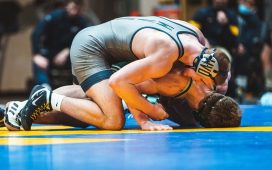 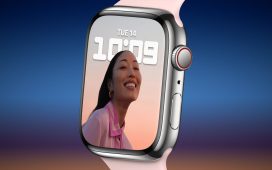 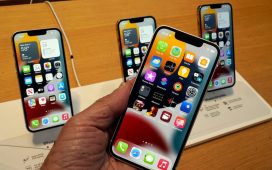 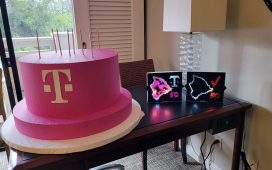