You don’t need to pay a grand prix to bag a Formula 1-inspired car. We find a load of affordable ones on the used market

New Formula 1 driver Mick Schumacher’s Haas may cost more money than you can wave a chequered flag at, but for just £2000 you could get behind the wheel of his dad’s old Fiat.

The UK received just 200 copies of the Stilo Schumacher Limited Edition, and one of the rarest versions, a GP, sold at auction recently for exactly that amount.

Fortunately, there are plenty more (and better) F1-inspired cars like it, many of them for sale right now. We don’t mean mega-expensive supercar tributes, such as that other Schumacher car, the 2016 Ferrari 488 GTB Schumacher, or the 2021 GMA T50S Niki Lauda, 2018 McLaren Senna, 2017 Aston Martin Vantage Red Bull Racing Edition or 2015 McLaren P1 Alain Prost.

Nor are we interested in the Alfa Romeo Racing Limited Editions of the Giulia Quadrifoglio and Stelvio Quadrifolgio launched to celebrate the marque’s return to F1 in 2019, given their near-£100,000 prices.

Instead, we’re interested in only affordable grand prix-inspired machinery. We’ve combed the online classifieds and auction catalogues to find them – or, failing that, ones like them. 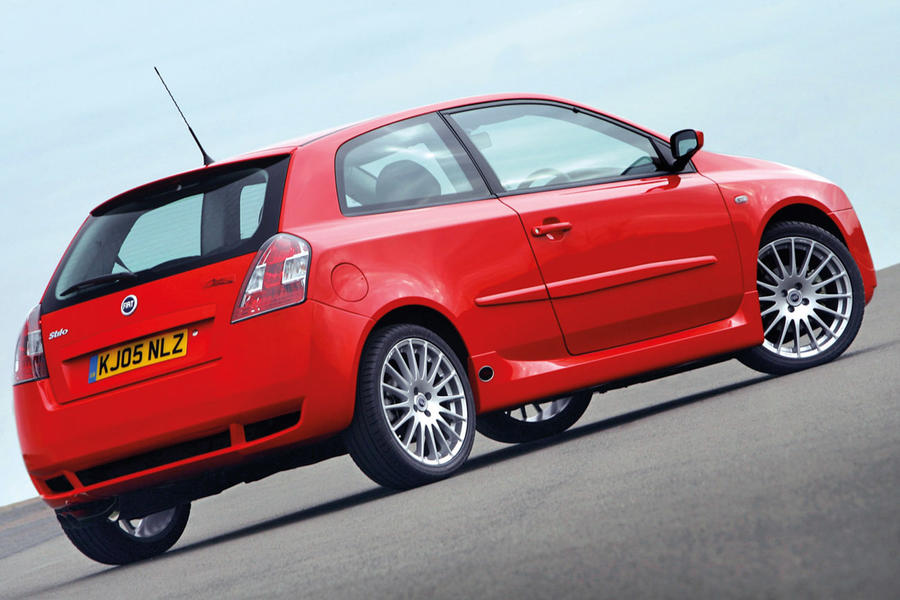 By 2006, the Stilo was on the finish straight to being one of Europe’s most loss-making cars. In a last desperate move, Fiat called upon its greatest asset. The Stilo Michael Schumacher Limited Edition had a 2.4-litre five-pot engine making 168bhp – but the GP, which cost £2600 more, went to Prodrive for larger OZ alloys, sports suspension and a stainless-steel silencer. 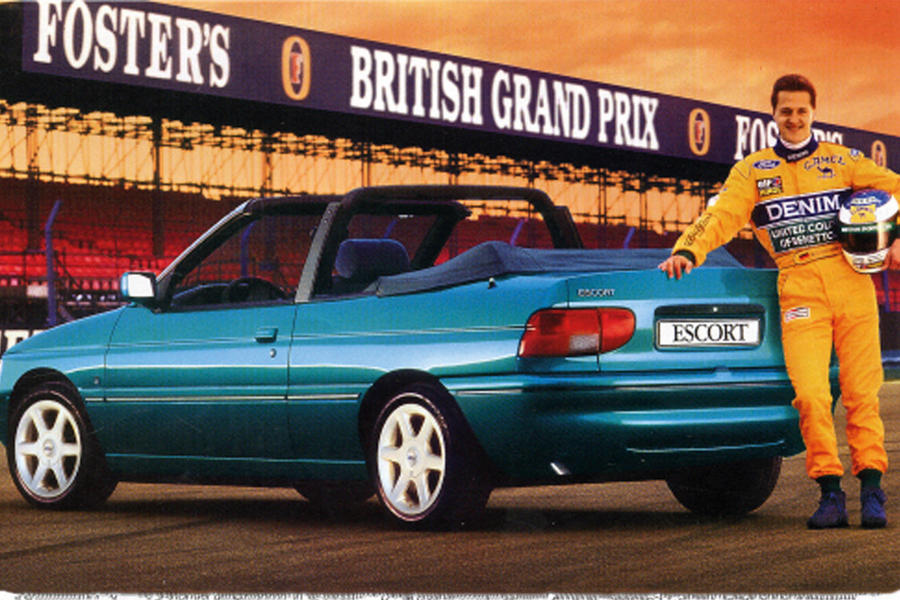 Before going to Ferrari, Schumacher drove for Benetton, whose cars used Ford engines. In recognition of the German winning his first F1 World Championship in 1994, Ford applied his name to a special Escort XR3i Cabriolet. Sadly it appears that, like their namesake infamously did in Adelaide, most have now left the track. The only XR3i from this era that we could find was a non-Schumi cabrio. It’s in nice condition, though. 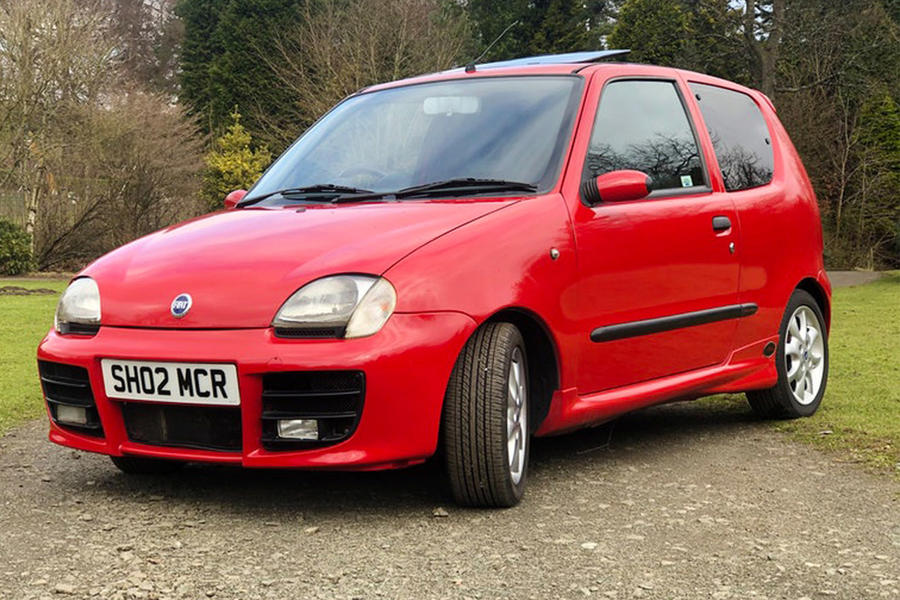 Schumacher knew his value and, once he had headed to Maranello, so did the company paying his wages. In 2001, the year he clinched the fourth of his seven titles, Fiat put his name to its 54bhp Seicento city car. In fact, the company was taking a gamble, since the German driver was not as popular among Italians as some Ferrari drivers had been. Fiat made 3000 examples of the Michael Schumacher Sporting, and 120 are still registered in the UK. 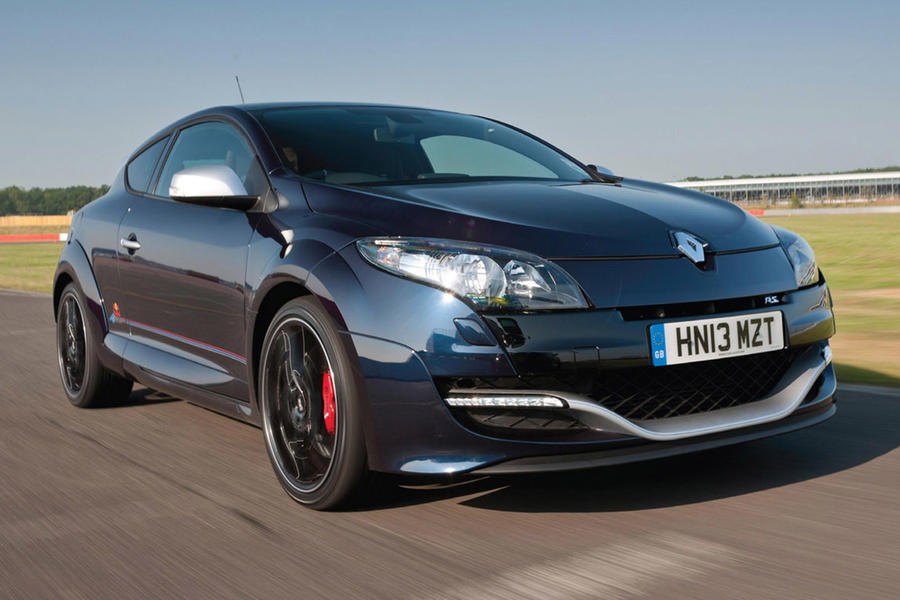 Following a Fernando Alonso-inspired edition in 2006, the Mégane was again the focus of F1 special-edition treatment when Red Bull Racing, powered by Renault V8 engines, won its fourth consecutive constructors’ title and Sebastian Vettel his fourth consecutive drivers’ title. This time, though, the standard Mégane RS 265 was already so good that the Red Bull sheen amounted to no more than larger wheels, sat-nav, a special paint colour (Twilight Blue) and some branding. 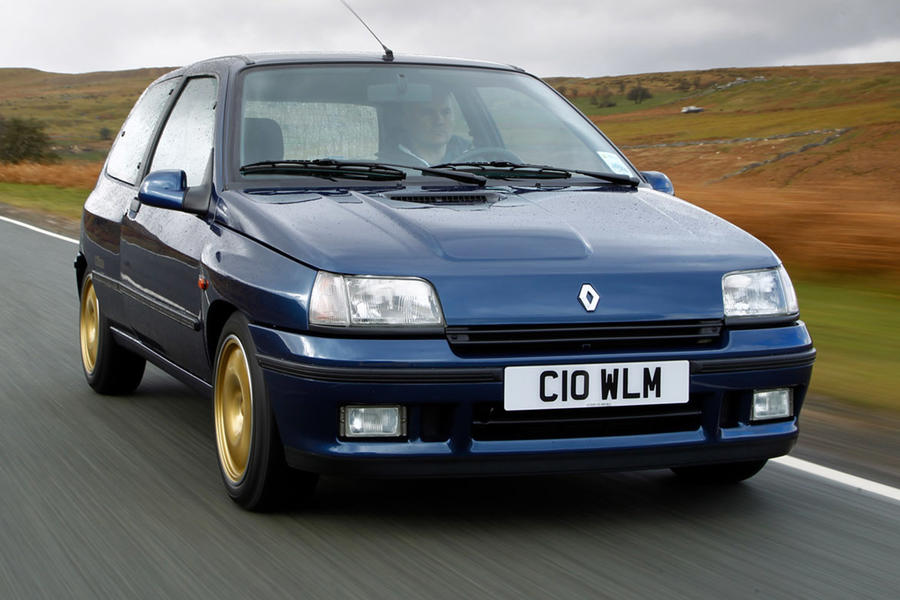 Renault supplied the Williams team with engines during its 1990s glory years, and it was no surprise that the partnership yielded a run of specialedition road cars intended to capitalise on this success. The first off the line was the Clio Williams 1, followed, to the irritation of many existing owners, by the Clio Williams 2 and the Clio Williams 3. As the first and lightest of the three iterations, the Williams 1 is the most sought-after; last month, a 1994 example with 76,000 miles made £19,995 at auction. 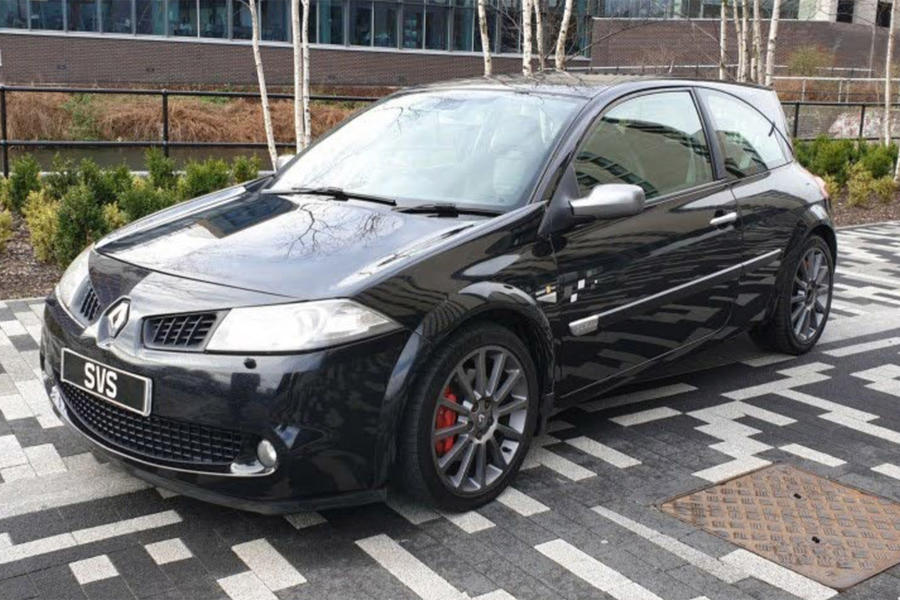 This Mégane RS 230 was the one launched to celebrate Alonso securing his second consecutive F1 title for Renault in 2006. Fittingly, given the Spaniard’s demanding nature, the special model amounted to more than a numbered plaque. For example, its engine produces 5bhp more than the standard 225 version and it has a limited-slip differential, stiffer suspension and reduced bumpstops. All this and it still cost the same as the regular 225. 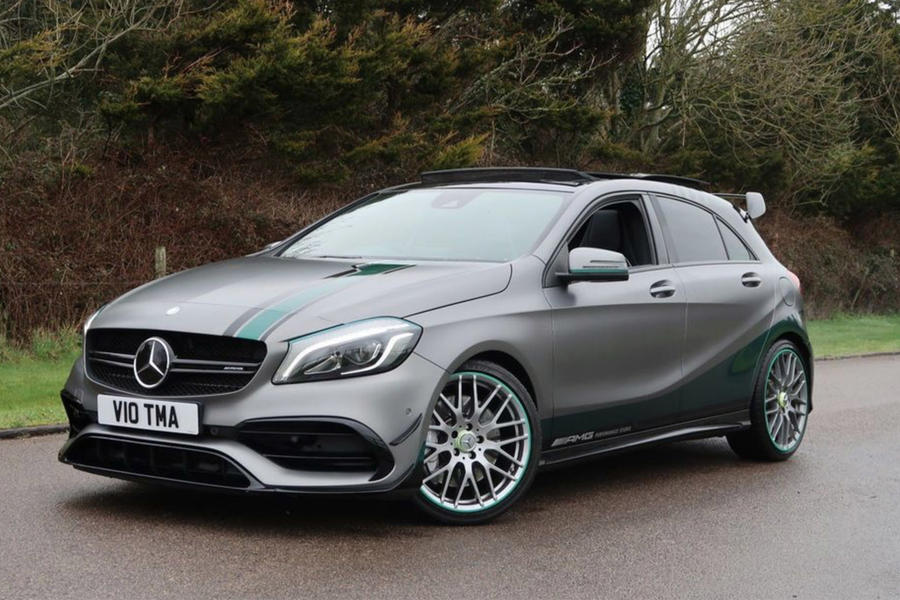 Few blamed Mercedes for playing the special-edition card after it did the F1 double in 2015, winning its second consecutive constructors’ title and its lead driver, Sir Lewis Hamilton, his second consecutive drivers’ title. The result was one of the longest names in special-edition history. This particular A45 was available in a choice of three Silver Arrows-inspired colour schemes and fitted with special trim and badging. 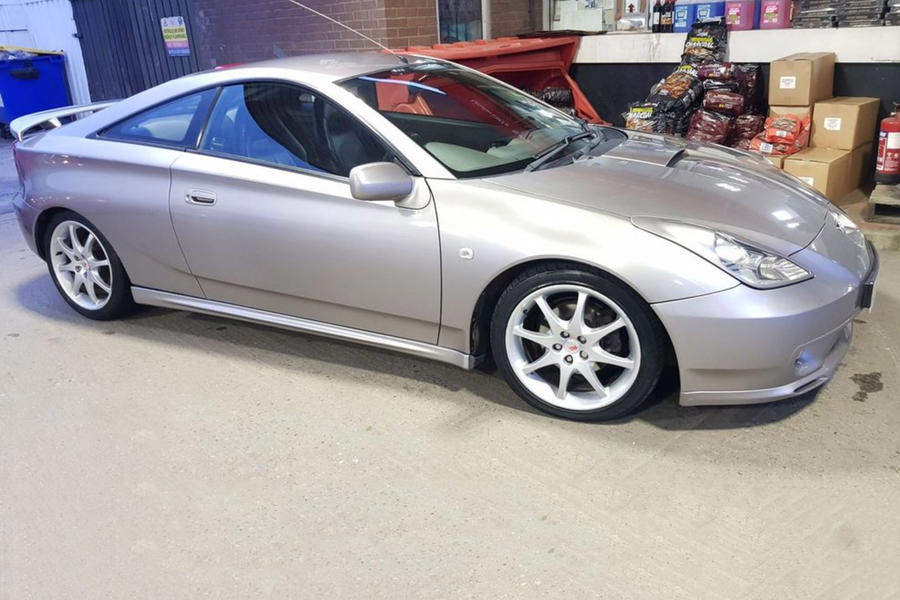 Rather than celebrating past achievements, Toyota’s T Sport brand celebrated those expected to come. Pride comes before a fall, though, and Toyota’s F1 team, which competed from 2002 to 2009, never even achieved so much as a win. Still, T Sport models, which included the Yaris and, more fittingly, the much sportier Celica, boosted Toyota’s appeal to younger drivers – a trick the new GR Yaris looks set to repeat. 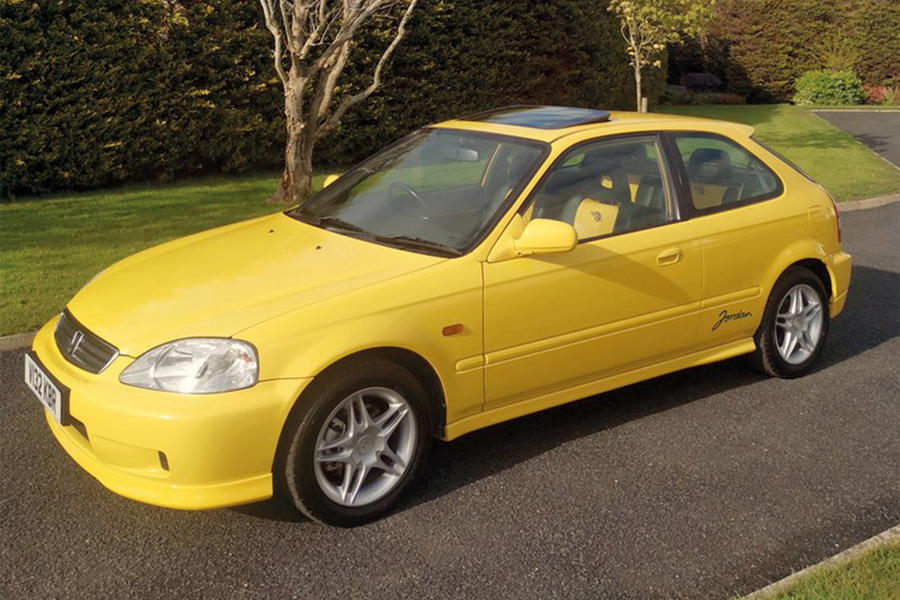 In 1999, to commemorate what would be its most successful F1 season, as well as its relationship with its engine supplier, the Jordan team put its name to a special-edition Honda hatchback. Based on the VTi-S, the Civic Jordan featured a signed Eddie Jordan plaque, Sunlight Yellow paint, leather trim and Jordan decals. Just 500 examples were made, albeit 300 more than the donor VTi-S. Last year, a 1999 example with 86,000 miles sold at auction for £6750. 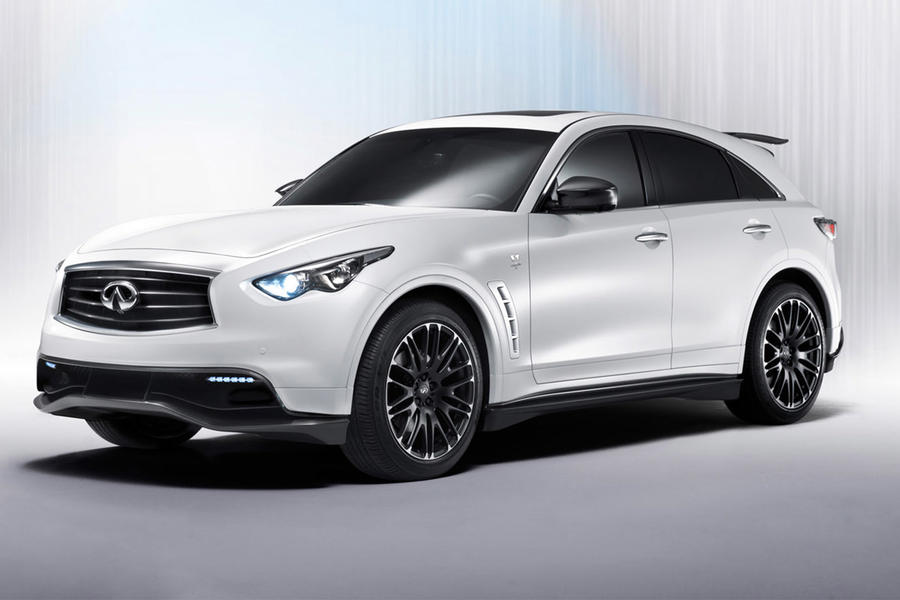 Sebastian Vettel himself was alleged to have had a hand in creating his eponymous Infiniti FX50 SUV, conceived to celebrate his and his Red Bull-Renault team’s dominance of F1 from 2011 to 2013. The four-time champion’s modifications included sportier chassis settings, while the team contributed a carbonfibre bodykit designed to generate downforce and reduce drag by 5%. It cost £100,000 new but one was sold last year for £45,000. Currently, none appears to be on the market.

How to commentate on motorsport: an expert guide

Xbox and Bethesda at E3 2021: five huge announcements you need...