Home Autos GM Raises Its EV Game, Commits Another $7 Billion To Its Electric...

There was big news out of Detroit today. General Motors announced it is adding $7 billion to its mission to bring electric cars to market. That’s on top of the $20 billion it has already committed to its electric vehicle program. At a press conference, CEO Mary Barra told the audience GM will offer 30 battery electric models globally by the middle of the current decade.

“Climate change is real, and we want to be part of the solution by putting everyone in an electric vehicle,” Barra said. “We are transitioning to an all-electric portfolio from a position of strength and we’re focused on growth. We can accelerate our EV plans because we are rapidly building a competitive advantage in batteries, software, vehicle integration, manufacturing and customer experience.” 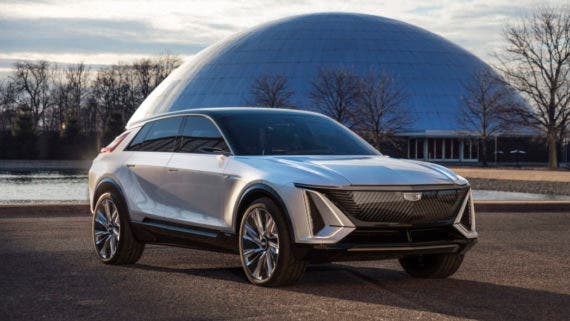 Barra indicated that two thirds of those upcoming electric models will be available in North America. Between Cadillac, GMC, Chevrolet and Buick, the company will offer EVs at all price points and for all purposes, whether  for work, adventure, performance, or family use. Most of them will be based on the company’s latest Ultium platform which can use standard battery cells and a set of interchangeable propulsion components to power mass market offerings or high performance vehicles designed to cater to low volume niche market segments. Does that mean an electric Corvette is in Chevrolet’s future? Patience, grasshopper.

The Ultium platform is flexible enough to accept new chemistry and even cell types without redesigning its architecture. Ultium batteries will be easy to service at the module level, which makes repair costs less expensive than having to replace the whole pack. The company says its second generation Ultium chemistry will deliver twice the energy density at less than half the cost of today’s chemistry by the middle of this decade. That in turn will help drive down the cost of electric vehicles and make them price competitive with conventional cars. GM is already prototype testing that next generation technology, which it expects to bring to market by the middle of this decade. The current Ultium battery already costs 40% less than the battery used in the Chevy Bolt.

GM was apparently surprised at the negative reaction a short time ago when it announced the first electric Cadillac, called the Lyriq, would debut in late 2022. Not good enough, lots of industry observers and electric car advocates said. As a result, some suppliers tell Autoblog the company is moving up its electrification target dates across the board including for commercial vehicles. “The pull-ahead in programs is real and the organization is really doubling down on speeding up product development,” one industry source said. Ford just announced its battery electric Transit last week and, at least at this moment, GM has no answer for commercial buyers who want an electric delivery van as opposed to a $112,000 electric Hummer.

“GM’s EV development times are speeding up and costs are going down rapidly, so we expect our Ultium EV programs to be profitable from the first generation on,” said Doug Parks, GM executive vice president of Global Product Development, Purchasing and Supply Chain,. “It’s not just the cost and performance of our innovative EV components that will give us a competitive advantage in a fast changing industry, but how we integrate them with other advanced systems like Super Cruise, our Vehicle Intelligence Platform electrical architecture and other technologies pioneered in our traditional portfolio.”

GM is doing most of the development work on these cells internally at its Chemical and Materials Systems Lab, located at the Global Technical Center in Warren, Michigan, which features a fabrication line with polymer mixing, slurries, a coating machine, and a cell assembly room. Next year, GM will break ground on an all-new Battery Innovation Lab and Manufacturing Technology Center to develop the next-generation Ultium battery chemistry.

READ  James Ruppert: the appeal of limited-edition cars is anything but limited

“Ultium is already changing the way customers — and investors — view our company,” Barra said. “We are resolved as a management team to move even faster to expedite the transition to EVs. The all electric future we are building integrates all the things we do better than anybody else — so we can put everyone in an EV, generate profitable growth and create shareholder value.”

GM has shortened the development timeline for the GMC Hummer EV from 50 months to just 26 months. The introduction of the Cadillac Lyriq has been moved forward 9 months to early 2022. Three other GMC Utlium powered vehicles are in the works, including an electric pickup truck. For Chevrolet, there will be 4 new EVs including an electric pickup truck. There will also be four electric Cadillacs and two electric SUVs for Buick.

No more is GM singing the blues and blubbering about how nobody wants to buy electric cars. The only question now is, will it be able to convince its dealers to actually sell the damn things. That may be the hardest job of all. 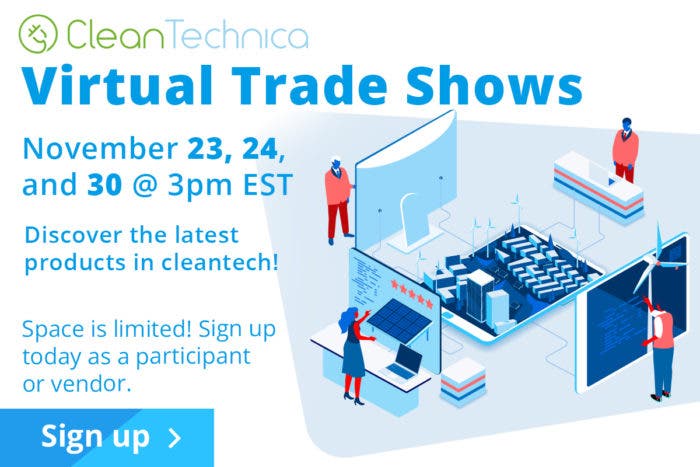 Appreciate CleanTechnica’s originality? Consider becoming a CleanTechnica member, supporter, or ambassador — or a patron on Patreon.

Hundreds get COVID-19 vaccine in Sequim after camping in cars overnight...