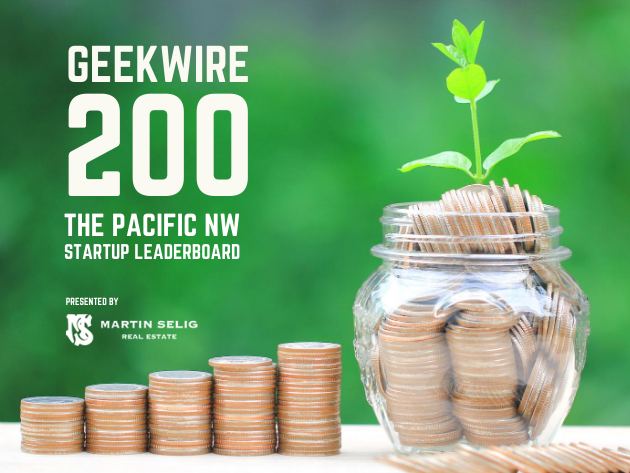 The leading privately-held companies across the Pacific Northwest are raising giant swaths of cash and increasing their valuations despite the ongoing economic crisis.

Five of the top 10 companies on the GeekWire 200, our ranking of the Pacific Northwest’s privately-held tech startups, have raised big rounds in recent months:

And real estate tech startup Porch will get a significant cash infusion later this year as it announced plans in late July to become publicly traded through a merger that values the Seattle company at $523 million.

Venture capitalists are pouring money into Pacific Northwest tech companies at unprecedented levels. The number of deals and dollars invested in the first half of 2020 — $2.3 billion into 135 deals — significantly outpaced the number in 2019 and 2018, according to a GeekWire analysis.

With large rounds for Remitly and Auth0 in July and any additional dollars raised over the next five months, funding to Seattle-area startups could outpace the record set last year.

There are around 80 venture capital firms that have made at least five investments in Pacific Northwest startups over the last five years, Daniel Li, an investor at Madrona Venture Group, wrote in a recent newsletter.

“As more investors continue to make or start making investments in Seattle startups, founders have more options for fundraising, and deals are getting more and more competitive,” Li noted.

Meanwhile, hometown tech giants Microsoft and Amazon are seeing demand spike during the pandemic as their stock prices continue to increase to record levels.

The Seattle tech ecosystem as a whole appears to be not only weathering the COVID-19 storm but thriving and could emerge from 2020 stronger than ever.

Most Seattle-area tech companies are hiring, with more than 2,600 open roles across 348 companies tracked by longtime entrepreneur Adam Schoenfeld. That does not include Microsoft (1,394 open jobs) and Amazon (7,506 open jobs).

Here are some other takeaways from the latest update to the GeekWire 200 index:

The GeekWire 200 — underwritten by our partners at Martin Selig Real Estate — is derived from our broader list of more than 1,300 Pacific Northwest tech startups, including Washington, Oregon and Idaho, and British Columbia. The rankings are generated from publicly available data, including social media followings, approximate employee counts (via LinkedIn) and inbound web links.

To be eligible for inclusion in the GeekWire 200, make sure your Pacific Northwest startup is included in the broader Startup List. (Please, no service providers, marketing agencies, etc.)

If you value resources like these, please consider becoming a GeekWire Member and be sure to check out our list and map of out-of-town tech companies with Seattle engineering outposts as well as our list of startup incubators, co-working spaces and accelerators in the region, startup fundings, and our GeekWork job board.

Learn more about underwritten and sponsored content on GeekWire.