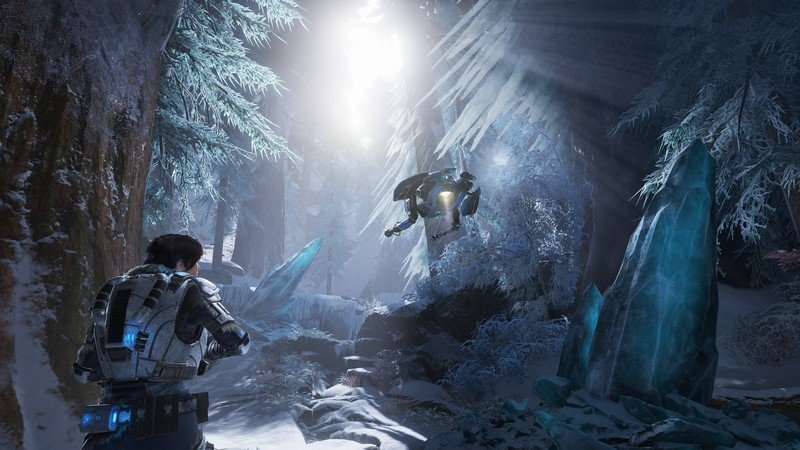 In some ways, launch line-ups for next-gen consoles like the Xbox Series X, Xbox Series S, and Playstation 5 are a little lacklustre, with a shortage of true next-gen titles showcasing the power of the new hardware. One game that refuses to be lumped in with the rest is Gears 5, which is marching onto the Xbox Series X and S with fervor and a humungous next-gen update. Thanks to a report from IGN, we now have a lot more details on what to expect with Gears 5’s big update, notably regarding the New Game+ mode.

Gears 5 will implement a New Game+ mode accessible to all players on all platforms that will enable:

Other details we already knew, one way or the other, like Gears 5’s next-gen visual and performance enhancements, which include 4K at up to 120fps in campaign and multiplayer, massively improved lighting, shadows, textures, increased loading speeds, 60fps cinematics, reduced latency, and a whole lot more. It’s a seriously impressive list of upgrades, and showcases the skill the Coalition has at drawing the max out of Xbox.

In case you missed it, Gears 5 is also getting new story DLC later this year in December, so even more great content is planned to come to the game. Gears Tactics, the turn-based strategy spin-off of Gears, is also an Xbox Series X and S launch title, complete with its own next-gen update and new content. The Coalition is really bringing their A-game to next-gen.

CrossfireX has been delayed, now launching on Xbox and PC in 2021