WiredFocus
WiredFocus > Autos > From the archive: on this day in 1955
Autos


Our diamond anniversary year had been a notable one, we summarised in our end of 1955 retrospective, with exciting new models arriving, car ownership rising in line with Brits’ standard of living, industry advances and drama in motorsport.

MG‘s new A-type, in a prettier dress than any prior MG roadster, looked undeniably set to succeed, and it was joined at the British motor show by our car of the year, Jaguar’s splendid new 2.4 saloon.

From abroad came the unusual rear-engined Fiat 600, too, but the history maker was the Citroën DS19, “advanced in its technical, styling and safety features.”

Industry news included a £65m expansion of Ford‘s Dagenham factory, while Vauxhall splurged £36m so as to double its output.

On the legal side, parking lights were made no longer mandatory, although drivers were asked to be wise during the frequent smogs, and purchase tax was raised from 50% to 60% right before the motor show, much to the vendor’s chagrin.

In a credit squeeze, prices also rose for tyres, fuel and insurance. New car registrations grew by 13% over 1954, hitting 3.5 million, although sadly road casualties were up as well, at around 30,000.

Road congestion was a growing issue, too, compounded by train strikes. Some things don’t change.

The rise of urban motorways 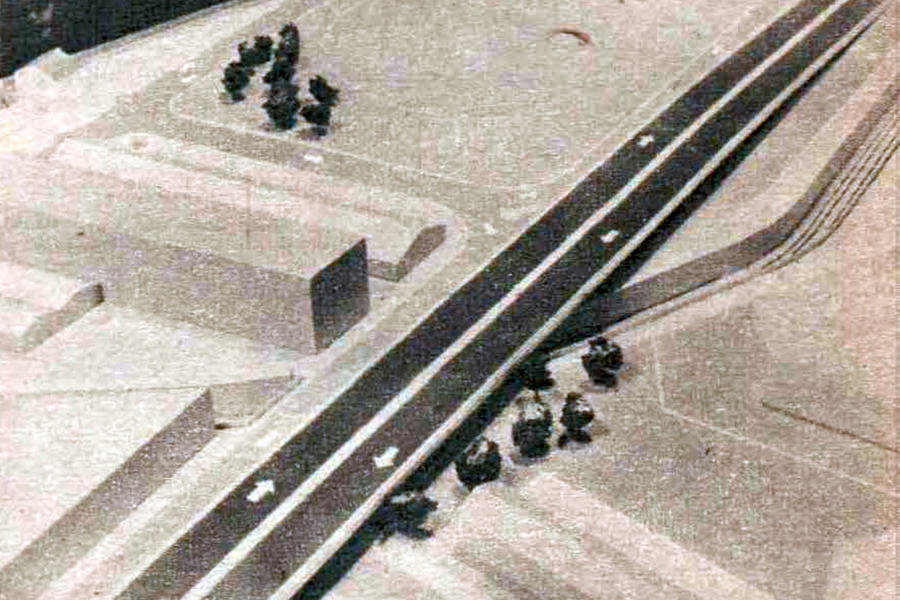 As traffic got so bad that the national papers started writing about it, The British Road Federation “showed what should be done, with its model of an urban motorway”. Manchester had proposed ring roads as early as 1945 and opened the M60 in 1960; while from 1957 to 1971, Birmingham ripped itself up to make space for the Queensway. London was to copy it but halted after the Westway. Why? Well, in addition to actually inducing more traffic, not reducing it, urban motorways restricted open spaces, growth and local economy and make cities dirtier, noisier, uglier, more crowded and harder to navigate… 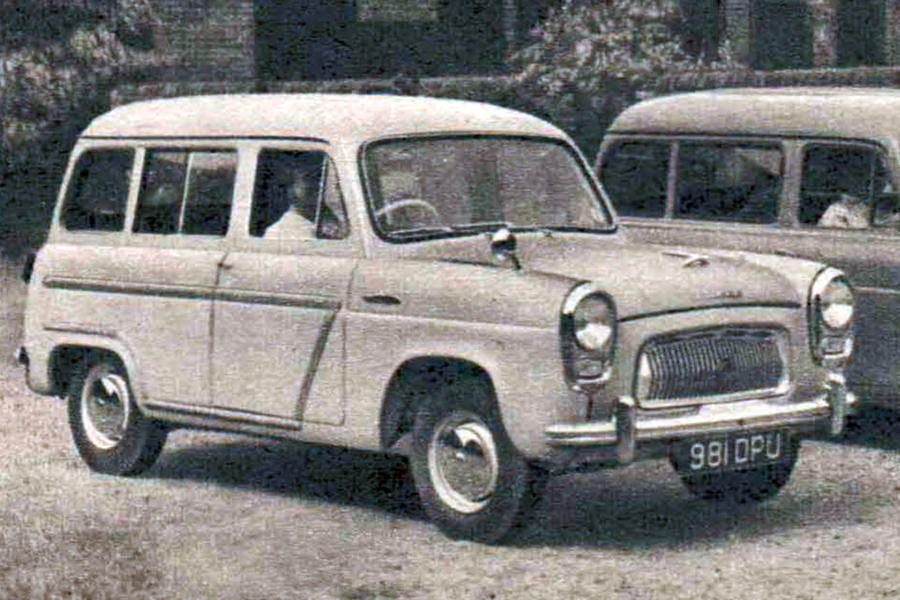 Seeing small estate cars growing in popularity, Ford of Britain decided to enter the market, using the Anglia and Prefect saloons as bases for the new Escort and Squire. They used the same body and Ford’s proven 1172cc side-valve engine, making 36bhp, the difference just £41 worth of ‘luxury’ on the Squire (that’s £852 today). Our road testers concluded: “Both models are smart, economical maids of work, pleasant to drive and to look at, and are offered at an initial cost that is relatively low when one considers their versatility.”