New passenger car registrations in France increased in November by nearly 10% year-over-year to 133,961. This improved the year-to-date result to 1.37 million, but it’s still almost 9% less than a year ago.

The most important thing for us is that passenger all-electric car sales increased by almost 24% and over 20,000 units, taking over 15% of the market.

So far this year, more than 304,000 new plug-in electric cars were registered in France.

*some data on the charts are estimated

The most registered electric models in November were the Tesla Model Y (2,891) and the Tesla Model 3 (2,809). Those results were so good that not only was no other plug-in model even close, but the Tesla duo managed to take 10th and 11th position overall.

It’s worth noting that the Tesla Model Y was also the #1 BEV in the UK and in Norway.

Detailed numbers of plug-in car registrations are provided by L’Avere-France: 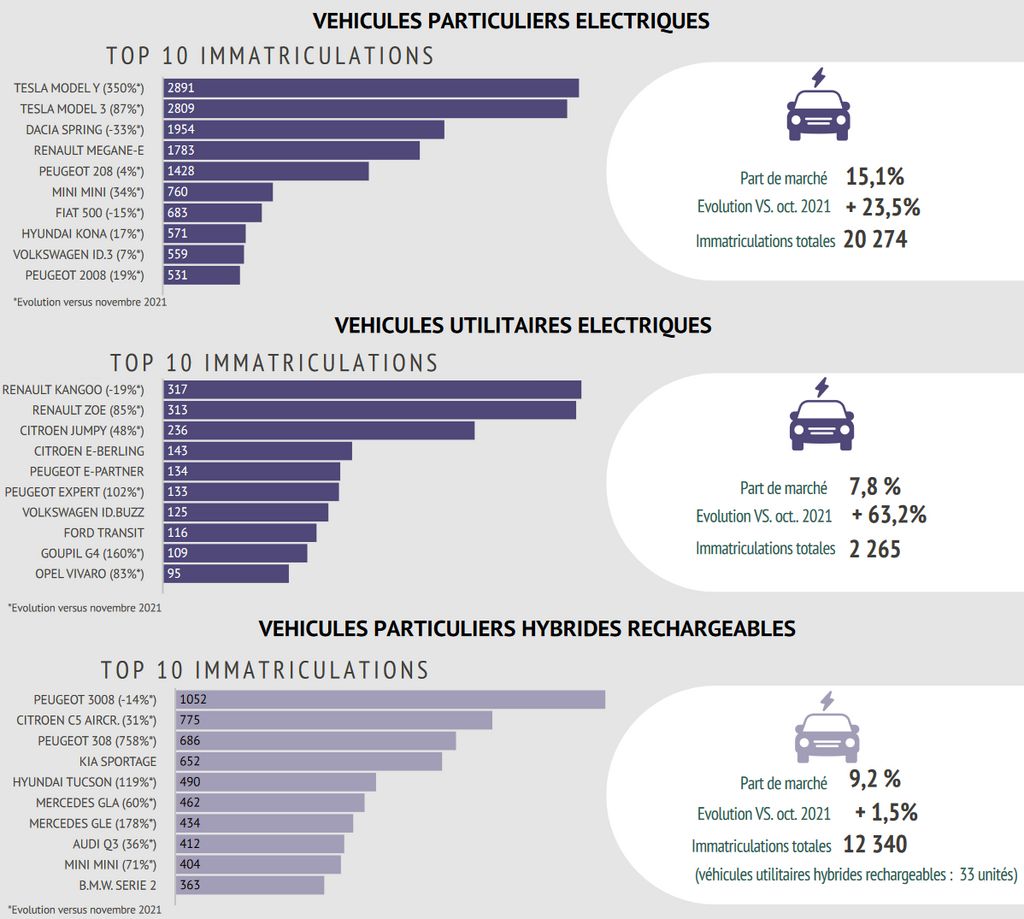