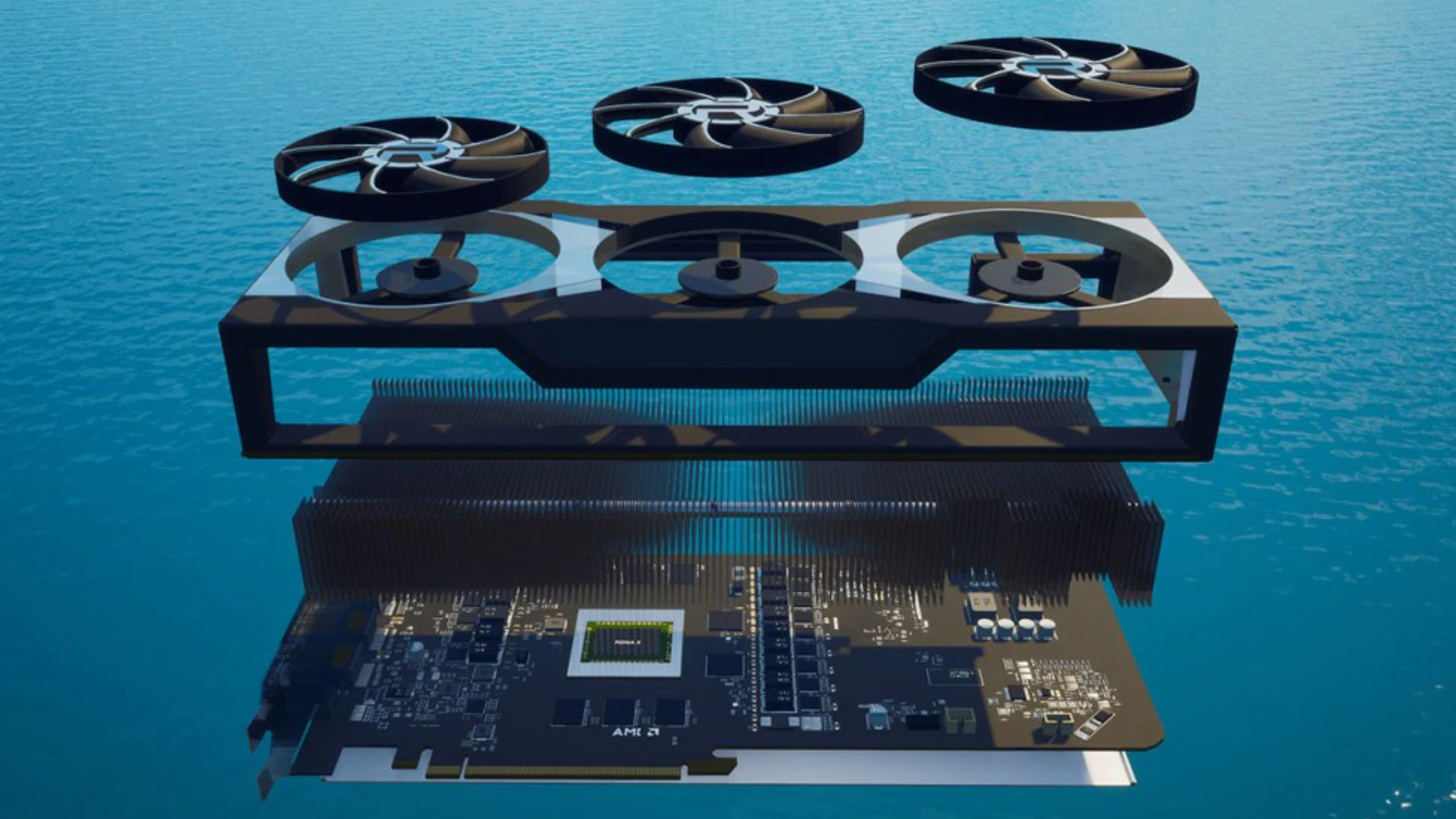 Fortnite players can explore the innards of a giant Big Navi GPU, as this is one of three new maps introduced for the battle royale – and it’s possible to win one of these products, or a Ryzen 5000 CPU, too.

As announced by AMD and the Fortnite Creative Twitter account, these new maps are now present alongside the AMD Battle Arena which first appeared in the game back in August (this was where the Big Navi graphics card design was first teased).

One map is the aforementioned giant GPU you can run around inside and get up to parkour antics aplenty, and there’s also a new island map with a Ryzen 5000 CPU plonked right in the middle. There are various puzzles and challenges to solve with these maps, or you can engage in a bit of free-for-all.

The third fresh map is ‘AMD City’ offering a neon cityscape with an RDNA2 skyscraper which you can play the ‘Infected’ mode in, and of course the Battle Arena map is still present.

We mentioned winning one of AMD’s next-gen CPUs or graphics cards at the outset, so you may be wondering how that works. It’s not an in-game thing, but rather you need to watch certain Fortnite streams to be entered into the draw, and offer up a comment. You’ll find the details of the legible livestreams or videos here (there’s one later today, and others throughout the first half of November).

There are 20 processors up for grabs from the incoming Ryzen 5000 range, and although AMD doesn’t specify what models these are, it says that the retail value will be up to $499 (seemingly indicating that the Ryzen 5800X and 5600X will be given away).

Similarly, there are 20 unspecified RX 6000 series GPUs with a value of up to $999, which is the price of the top-end RX 6900 XT, presumably indicating that at least one of these beefy graphics cards will be up for grabs. The prize draw will happen on December 12.

Via Tom’s Hardware and Hot Hardware

Apple's iPad 10.2 may only be two months old, but it's already cheaper on Black Friday

Facebook Libra cryptocurrency set to launch in a matter of weeks

Which Android apps and games would you like to use on...

AI Weekly: The state of machine learning in 2020