Experimentation should be prioritized and considered vital to achieving the Pentagon’s ambitious plans to enable the military’s next-generation command and control architecture, according to the Space Force’s former chief technology and innovation officer.

The Defense Department’s Joint All-Domain Command and Control (JADC2) concept aims to connect and leverage all the sensors, shooters and associated assets in its enterprise — across land, sea, air, space, cyberspace and the electromagnetic spectrum — and apply data, cloud and artificial intelligence capabilities to help service members make more informed decisions much faster. Awards are being made on an ongoing basis to enable this new way of operating, but the concept is still in its infancy and the Pentagon has a lot to accomplish to make it happen.

“JADC2 — I think it keeps a lot of people up at night because it’s such a huge opportunity. We all see it. It’s almost as if we can taste it,” Kim Crider told FedScoop during an interview on Wednesday. “It would just give us such an advantage to be able to do this. We’ve made so many investments in all of these capabilities and we want to be able to maximize our ability to use them. So, everyone wants to do this. We’ve been talking about this for a long time.”

Now the managing director of AI innovation for national security and defense at Deloitte, Crider is a retired Air Force Major General and most recently served as the Space Force’s chief technology and innovation officer, after previously serving as the Air Force’s chief data officer. Drawing from her varying experiences in and out of government, Crider shed light on multiple obstacles DOD must confront to enable JADC2, and why she thinks experiments should be at the forefront of the approach for all components involved.

“Overcoming the challenges both culturally and technically through experimentation is really the key. There are challenges on both sides,” she said. “So, let’s do experiments. Let’s work with these capabilities and let’s work through both sides of that problem.”

Crider has decades of experience dealing with many of the technologies and challenges that are related to today’s JADC2 efforts.

“I spent 35 years in uniform,” she said. “I really had no idea that I was going to stick around for 35 years, but one thing just led to another.”

Educated and trained as an engineer, Crider started her career on the Air Force’s large-scale systems acquisition and engineering team. Figuring out how to “bring people and technology together to create maximum effectiveness has certainly been a passion of mine,” she noted.

After about eight years, she transitioned into operational communications. There, she was “responsible for thinking about how to take these systems that are being delivered by somebody like me in my prior role, and actually operationalize them” out in the field, she explained. Crider served all over the world — in the Pacific, Europe and elsewhere. She said much of that service was focused on helping the military deploy secure communications and conduct cyber operations.

“So I happen to be at the ground floor, very fortunately, in that whole establishment of defensive and offensive cyber operations in the military. The Air Force [played] a leading role in that,” Crider said.

From there, she went out of uniform as a reservist to help defense-aligned companies grasp those emerging cybersecurity approaches and conduct large-scale technology implementations.

Eventually, she moved from a cyber focus to honing in on data and analytics.

“I was the Air Force chief data officer because I had experiences, again, from industry in how do you use data to help solve problems in environments that you’re trying to protect,” Crider said. “One thing led to another, and that then took me back to the space community, which was really the big new frontier, if you will.”

Space Force satellites, ground systems and other capabilities will be essential to making JADC2 a reality.

“The technology has come so far to allow us to do this. The challenges that we have, in some ways, they’re technical,” Crider explained. “I mean, not all of our assets can talk to each other. That’s a fact.”

DOD experts and industry partners are puzzling out how to make data translations, have more open interfaces between systems, and apply capabilities like AI and machine learning to better orchestrate and optimize the availability of certain assets to do certain tasks across a variety of domains. Still, at this point, “we don’t have complete interoperability,” Crider said.

She also pointed to funding challenges that will impact the realization of JADC2 if they remain unresolved.

Currently, the military’s networks consist of a lot of legacy parts and outdated capabilities, she noted, and are “still very slow.” In her view, the government has not been able to make all the investments required for the advanced cloud-based infrastructure to support the envisioned, ultra high-speed networks and computing solutions that need to be integrated through all of the different domains.

“We’ve got different networks on the ground, in the air and in space — and being able to pull all that together is going to take some investments. We’ve been investing a lot in phenomenal assets over the years, and we’ve got the best assets that money can buy. Now, we have to invest more in the infrastructure that it will take to pull all these assets together in a much more effective and efficient manner,” Crider said.

Serving in multiple military and industry roles, she also observed a number of structural obstacles associated with carrying out JADC2. The former Air Force and Space Force executive said DOD is “organized still as kind of service-level stovepipes,” where certain capabilities are purchased for the needs of specific military branches. Though there are some good reasons to function in this manner, much of the military’s technologies don’t seamlessly operate across all the services.

“We need to work through some of those organizational challenges that will allow for more of that cross-domain integration, cross-domain capability to be available and useful for all,” Crider noted. “Those would be some of the biggest challenges, and I certainly think that there are ways to get through that. There are efforts underway to move in a positive direction.”

Still, she urged for more trial-and-error efforts to be conducted early and often by those involved in this complex push toward JADC2.

“Experimentation is a big part of this, because another challenge is we’ve never really done this this way before,” Crider said.

The Air Force’s Advanced Battle Management System (ABMS) is a core element that underpins the Pentagon’s plans for an overarching network to move information across all the warfighting domains. The Army’s Project Convergence and the Navy’s Project Overmatch are also contributing to the JADC2 effort.

“We saw, early on in the ABMS days, the value of experimentation,” Crider noted.

She reiterated that there is still a lot of work to do to allow for the seamless integration of ABMS across the Air Force and Space Force, as well as the other services. The initiative, though, provides a starting point for more engaged conversations between the services at the department level.

Officials involved in developing ABMS observed almost instant value in bringing Air Force and Space Force teams together to experiment with the architecture and its associated components in the initial development stages. Eventually, Army and maritime assets were also starting to be connected. Experimenting with all the different service partners and pairing their capabilities with emerging technologies like AI to enable some integration resulted in different courses of action presenting themselves. Joint commanders would therefore have increasing options to work through.

“The more we can do that through those kinds of experiments, the more we can look at what those opportunities are and what technologies give us the most bang for the buck,” Crider said.

In wars of past decades, the military services would fight jointly — but bring assets in separately and then figure out how to make them all work together. JADC2 is meant to pave the way for what Crider deemed “technical design and cultural integration” across the services, with interoperability baked in upfront.

“How are we going to do, no kidding, command and control with a set of joint capabilities all the way through? We’re learning. We’ve certainly evolved. We’re certainly doing better than we’ve ever done — but we’ve got to continue to work through all of those challenges,” she said. “And we’ve got to keep experimenting.”

Crider is no stranger to overcoming weighty national security challenges. She reflected on some of the difficulties that accompanied establishing a new military service — the Space Force — for the first time in 70 years, to improve U.S. space capabilities and operations.

“I told my folks that worked with me, ‘Look, guys, these are tough days. I know we’re all working an immense amount of hours here and it’s a lot of pressure. But every single day, we’re creating history. We are literally writing history — because what we’re doing today was not done yesterday … So, be proud of that. Be proud of the fact that every single day you’re putting a new step in the ladder of where this is heading,’” Crider said.

While the Pentagon has a long and rocky road ahead to implement its JADC2 vision, scale AI and prepare for the next generation of computing, among other technology priorities — Crider has “absolute confidence” that the U.S. “will prevail” in this endeavor.

“We will figure out how to do this and we’ll continue to be the best in the world, because we’ve got the people that are really committed and dedicated to the mission at hand and to the security of our country and the allies that are such an important part of making sure that we can maintain security around the world,” she said. 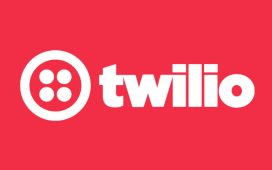 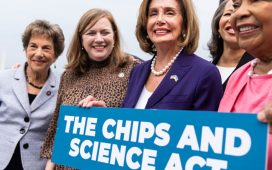 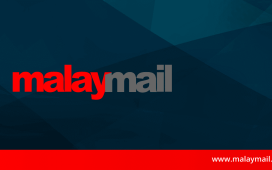 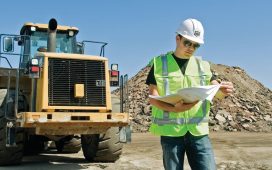 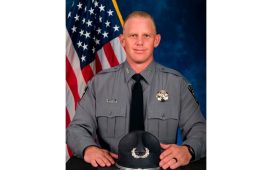