Home Autos Focus: ‘The market is back’ for auto body shop M&A – Repairer...


Financial advisory firm Focus Advisors on Sunday announced both the appetite for acquisitions and sale prices of auto body shops appeared to be at or near 2019 levels.

Focus operations director Chris Lane called the discovery of the mergers and acquisitions resurgence during the COVID-19 pandemic “surprising.”

“Today we are seeing multiple bidders and attractive LOIs, a big change from just a few months ago”  Focus managing director David Roberts said in a statement. “Three months ago, both industry revenues and M&A interest were severely depressed. Operators were pausing, not knowing how far down revenues might go and how long they would stay depressed.  Buyers were pausing as the tumult caused by the COVID19 virus was creating enormous uncertainty.”

“Then increased assignments offered glimmers of hope to operators and acquirers alike, paving the way for a return to buying and new interest from value-oriented private equity firms,” Focus wrote in a Monday news release.

INRIX on June 29 reported “travel now has largely recovered on a national level – though significant state and regional variances remain.” It said average personal travel the week ending June 26 had been equivalent to the control week ending Feb. 29, before the U.S. really started experiencing COVID-19 traffic changes. (Granted, travel should theoretically be higher in the summer month of June rather than equal to wintry February, but the stat is on the whole still good news for body shops.)

Auto appraisal volume tracked by CCC found June repairable vehicle appraisals at 25.7 percent of June 2019 numbers. The year-over-year decline wasn’t nearly as bad as May, which saw repairable appraisals down 34.5 percent or April, when noncomprehensive claims dropped more than 50 percent from 2019.

Roberts and Lane in the Monday report wrote that buyers are willing to overlook a seller’s decline in business this year as “abnormally low and not reflective of what they’re likely to see in the future.  A TTM (trailing twelve month) purchase price isn’t a fair metric of value.”

But they might not be willing to take on faith that the shop would have done well had no virus arisen, according to Focus.

“Winning offers may value the business on 2019 results but condition full payouts on performance hurdles in 2020 and 2021,” Roberts and Lane wrote. “With upfront consideration based on current performance, the ‘earnout’ portion may be paid out over the next year or two based on the business returning to those levels.”

Roberts and Lane cited the Auto Care Association and Automotive Aftermarket Suppliers Association projection that sales would rise nearly 12 percent from this year 2021, and 2021 would wind up being up 2 percent from 2019. It called this among the trends sparking M&A interest.

“At the beginning of the third quarter of this most extraordinary year we are seeing a few deals being announced.” Roberts said in a statement. “At the same time, we are seeing considerably more interest in finding and engaging with new prospective sellers.  From our clients and from our discussions with other operators of all sizes around the US, the pause in acquisitions seems to be over.”

“We’ve seen enough activity and LOIs to recognize that significant activity has returned for many sellers.  For attractive platforms, values are approaching those we saw a year ago.  It takes 6 months or longer to sell a business, to prepare properly for market, run an auction, identify the right partner, and close the transaction.  Some sellers are asking themselves ‘why should I wait a couple years full of uncertainty if I achieve most of value today?’ As we see more transactions announced and complete those for our own clients, we will gain confidence that the market has truly returned.  By the end of the third quarter of 2020, we will have more data and stronger convictions but the trend is clear:  The market is back.”

We asked if the six-month period cited was similar to the duration prior to the COVID-19 upheaval. “COVID doesn’t seem to be changing the time it takes to market, negotiate, close.  I think that’s because there’s been a steady climb in business performance from the bottom seen in April,” Lane wrote.

Roberts and Lane said Classic Collision, Crash Champions/Pacific Elite, Joe Hudson’s and ProCare “have solid PE backing with a mandate to grow through acquisition,” and Gerber and Caliber are “continuing to acquire both market significant MSOs and fill ins.”

According to the Focus report, seven private equity companies were “eager to enter the collision market … some which have already issued Letters of Intent and are in Due Diligence.” (It was unclear if these seven overlapped with any of the private equity firms behind the other brands mentioned above.)

“With a larger pool of buyers, sellers are finding interest from multiple parties, which drives valuations and increases the chances that a sale gets completed,” Roberts and Lane wrote. “It also leaves some bidders on the losing end of a good offer, which tends to raise their desire to not lose the next deal.”

If you don’t want to sell, there’s positive news for you as well. Roberts and Lane estimated that repairers who survived the pandemic “will see a market share increase as their competitors fail.” 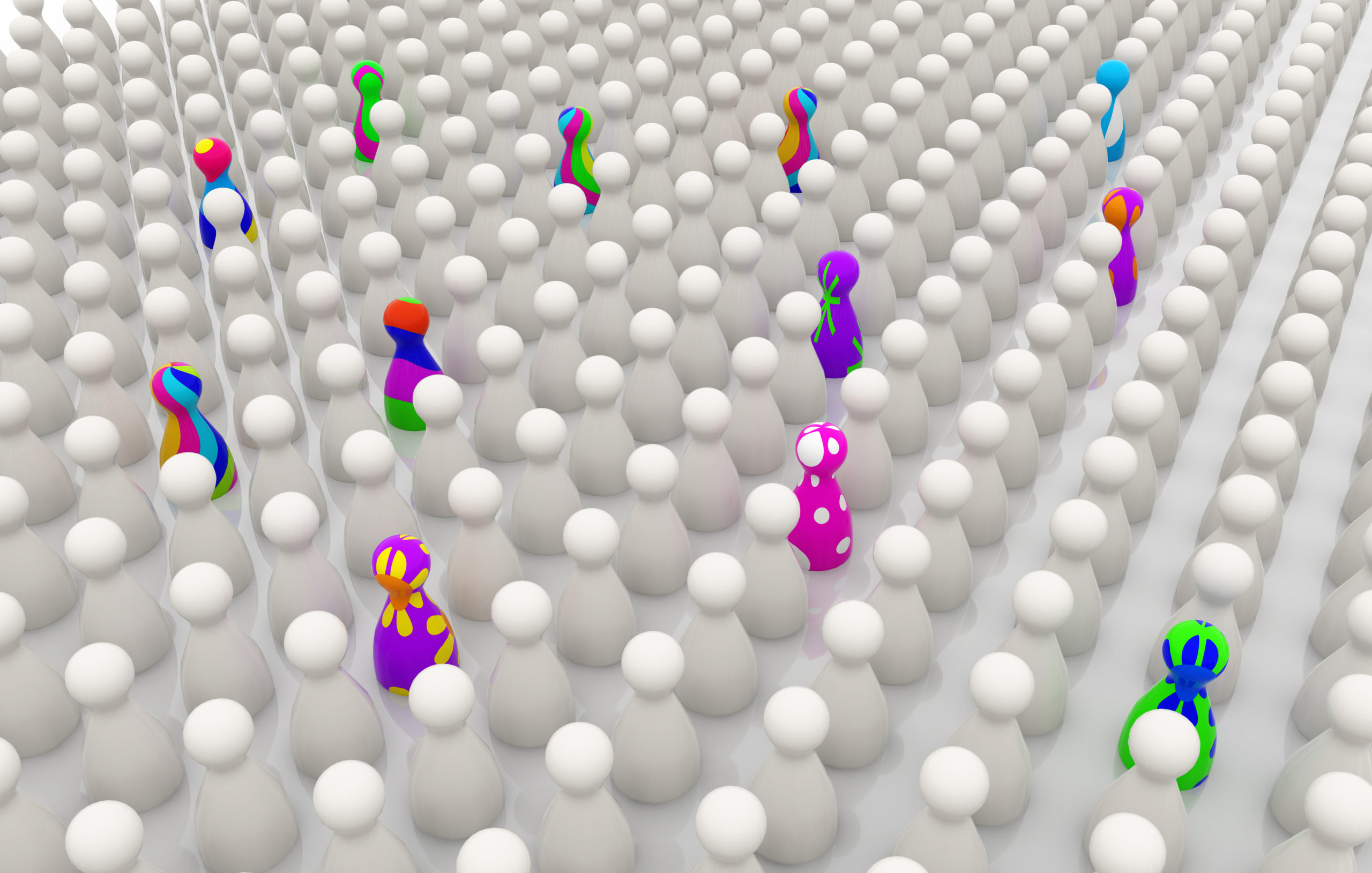 Focus already had predicted attrition for the collision industry before COVID-19. In September 2019, it estimated the market would drop to 15,000 repairers by 2030: 9,000 in the 150 largest metropolitan statistical areas, “4,000 in third tier cities and rural areas” and 2,000 franchisees. However, it felt only 6,000 of these would “really matter.”

Roberts and Lane anticipated Monday that the industry had 32,000 body shops, but “fewer than 9,000 shops that are considered impactful enough to buy.” The assessment described challenges and opportunities for consolidators, but the market forces described also seem favorable to successful independents seeking less competition or to expand themselves.

Roberts and Lane estimated only about 125 MSOs exist with four or more locations. “Perhaps only one third of those are important enough in their markets to allow an acquirer new to the market to begin developing a regional presence,” they wrote.

Roberts and Lane estimated that these regional players “already have the capital and energy to grow, with little incentive to give up equity or control.  The remaining platforms are a precious few, and buyers recognize that.”

But a repairer could grow by picking up smaller and potentially weaker competitors, according to the Focus report.

“Despite making initial investments at a premium, investors see an opportunity for excellent returns by growing a platform through less expensive single shop and small MSO add-ons,” Roberts and Lane wrote. “It’s likely (and unfortunate) that the pandemic will accelerate the need for smaller operators to exit quickly and with less value.”

READ  What's going on inside your car's differential? - Motor Authority

The financial advisory firm also anticipated the disrupted collision market would reduce the problem of the tech shortage.

“A significant factor that inhibited growth last year was a scarcity of technicians and experienced operators,” Roberts and Lane wrote. “The pandemic has eased that constraint.

“The demise of Service King, distress among local operators and less competition from Caliber, are now easing the competition for technicians and operators who have experience with growth and scale.  It’s now feasible to develop a plan to enter the collision market and find sufficient talent.  This change in the staffing dynamic opens the door to new PE entrants, and makes platforms attractive even if the owner operators wish to exit completely.”

Asked to elaborate on the Service King comment and if we’d missed a bankruptcy filing or new debt downgrade, Lane allowed that “might be too strong for now.” However, he continued: “We haven’t seen anything official yet that indicates they’re changing structure, although it seems obvious to most in the industry that something will have to happen.”

Service King carried debt representing about eight times earnings before interest, taxes, depreciation and amortization for the 2019 fiscal year and an EBIT/interest ratio “well below 1 time,” Moody’s wrote in March, days before Texas closed all but essential services. The research firm said Service King had a $600 million debt coming due next summer.

Service King and parent company Blackstone did not respond to a request for comment Monday.

“Collision Buyers are More Plentiful and Active than Ever. Why Now?”

Focus Advisors on July 27, 2020, estimated that collision industry merger and acquisition interest and pricing had reached or was near pre-pandemic levels. (ToBeeLife/iStock)