The Last of Us Part II is likely the most contentious game of 2020, with gamers battling critics over what kind of review score to give Sony’s blockbuster. But in terms of the all-time most divisive games, it isn’t even in the top 10, according to a study by TheToyZone.

With Naughty Dog’s game, a group of players started a “review bomb” campaign on the internet to criticize its cultural and political stances. It depicted queer relationships and non-conforming gender characters. But critics ranked it among the best games of all time (I rated it 95 out of 100), according to review aggregator Metacritic.

Review bombing is often one of the only ways that players can voice their strong feedback, and sometimes it isn’t for a good reason. Politics, views about monetization, bugs, and developer miscommunications can trigger fierce responses. And the internet makes it easier to spread such campaigns these days, which may explain while so many EA Sports and 2K Sports titles are on the top of the list.

Review-bombing became so popular that Metacritic stopped it from happening on the first day a game was released. Metacritic did that in July because so many players were review bombing games without playing them, skewing results.

TheToyZone, which rates the best toys it can recommend based on its own research, compared the critic and user review scores on Metacritic for over 24,000 video games. The most divisive video game of all time is FIFA 20, ranked by game critics at 79, while players rated it at 11. Sports games topped the first six places on the list, including NBA 2K20 at No. 2, FIFA 21 at No. 3, Madden NFL 20 at No. 4, FIFA 19 at No. 5, and NBA 2K18 at No. 6. FIFA 21 got flack from fans who felt it had little innovation, while NBA 2K20 was reviewed bombed over microtransactions, lack of new content, and bugs.

The first non-sports game on the list is Company of Heroes 2, a World War II real-time strategy game, at No. 7. You can see the full list here.

Other standout titles were Artifact at No. 9 (review bombed apparently for monetization issues) and Star Wars: Battlefront II at No. 11. Battlefront II was unpopular with players — even before many played it — because it had “pay-to-win” microtransactions to purchase additional characters, even after players paid a regular $60 for the title. Ultimately, EA redid the monetization and pleased fans with lots of follow-up updates for the title. But that nuance doesn’t necessarily show up in the user reviews.

Nintendo 64 is the platform with the least divide between critics and users. On that platform, Perfect Dark was the most divisive game, but just 8 points separated the critics and the users. Final Fantasy, as a series, is overwhelmingly better loved by users than critics, with the most divisive game being Final Fantasy XV, which was rated 28 points higher by users. The least-divisive franchise is Super Mario, with an average of 8.9 points between critic and user reviews.

On the PC, Company of Heroes 2 is the most divisive, panned by gamers with a spread of 80 for the critics and 21 for players. Russian players in particular took offense at the depiction of the Soviet army in the game, and they review bombed it.

Call of Duty: Modern Warfare was a close second, with critics ranking it at 81 and gamers ranking it at 24. That game had controversies related to modern war atrocities and its levels of violence. It was also reviewed bombed after users discovered that a historical American war episode, dubbed the “highway of death” in history, was attributed to Russians in the game. 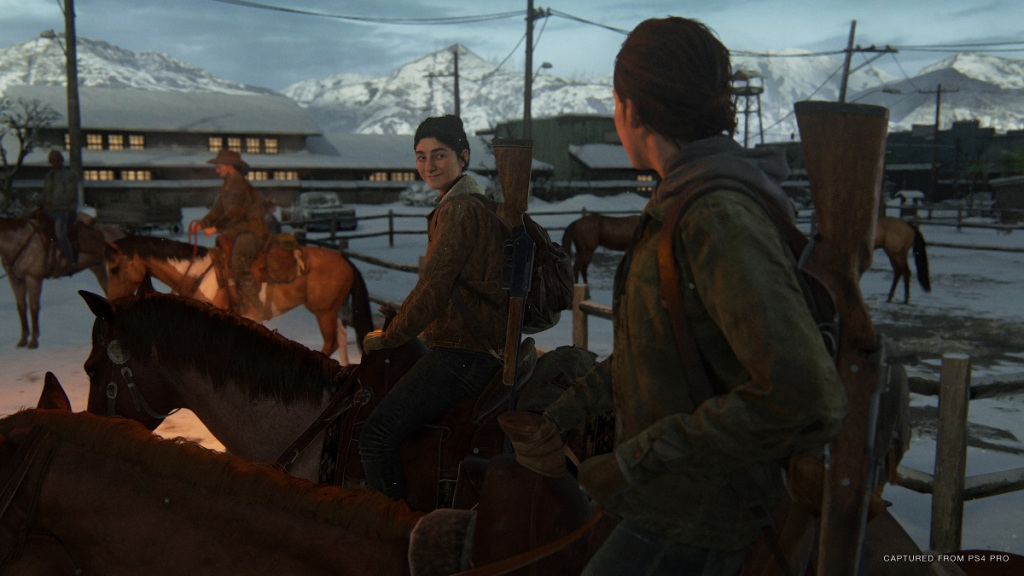 Above: Dina (left) is Ellie’s love in The Last of Us Part II

The ToyZone’s Jonny Addy said in an email to GamesBeat that the study didn’t look at the social analysis, which might have uncovered problems such as the review bombing that happened with The Last of Us Part II for political or cultural reasons. The intent was to present the data in an unbiased way, he said.

The Last of Us Part II is the most user-reviewed game in the study, by a significant amount. Warcraft III: Reforged is the second, with 30,278 user reviews since it’s release in January. Fans felt the cutscenes and graphics weren’t as good as what Blizzard promised, and there were lots of bugs as well.

Interestingly, the user score for The Last of Us Part II was 51 (on Metacritic) meaning that although the number of user reviews the game has received was previously unheard of, the number of positive to negative reviews was fairly evenly balanced, Addy said.

“It’s clear that The Last of Us Part II has created huge waves in the game review community, with as many people coming out to defend it as have come out to criticize it,” Addy said.

No Man’s Sky, another controversial game, had a critic score of 71 and a user score of 4.7. That game touted a procedural galaxy for players, but it didn’t deliver that at launch. That led to a huge outcry among gamers, though the developers eventually fulfilled their promises, long after the launch.

AI Weekly: Putting stock in AI predictions of the pandemic’s end could be dangerous

Indian State govts ban online games – So what happens to...