“[A] sanction which may sound the death knell for important [patent] rights and interests . . . should be used as a weapon of last, rather than first, resort.” 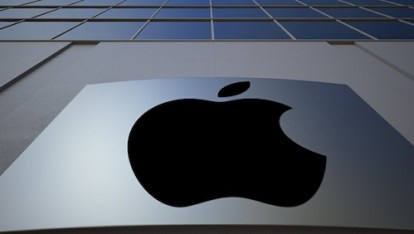 In the latest episode of a long-running saga between Apple and Voip-Pal, the U.S. Court of Appeals for the Federal Circuit on Friday denied Apple’s request to reverse the Patent Trial and Appeal Board’s (PTAB’s) determination that 15 claims of Voip-Pal’s voice over IP communications patents were not invalid for obviousness. The Court also affirmed the PTAB’s sanctions order, which Apple had appealed because the Board did not enter adverse judgment against Voip-Pal or vacate the final written decisions and assign a new panel. The opinion was authored by Judge Reyna.

The case dates back to 2016 and Voip-Pal’s suit against Apple alleging infringement of U.S. Patent Nos. 8,542,815 (“the ’815 patent”) and 9,179,005  (“the ’005 patent”). Apple challenged the patents at the PTAB, and a panel found all of the challenged claims to be not invalid as obvious over the asserted prior art. Apple subsequently filed for sanctions against Voip-Pal based on a series of letters written by the company’s  Former Chief Executive Officer, Dr. Thomas E. Sawyer, to the PTAB and the U.S. Patent and Trademark Office. Apple asked that the Board enter adverse judgment against Voip-Pal or vacate the final written decisions. Apple appealed to the CAFC in the meantime, but the appeal was stayed pending the outcome of the sanctions proceedings, in which a panel ultimately found that Voip-Pal had engaged in sanctionable ex parte communications, but determined that an appropriate sanction was to allow Apple to petition for rehearing. Apple did, but the petition was denied as the panel found Apple had “not met its burden to show that in the Final Written Decision, the [Interim] panel misapprehended or  overlooked any matter.” The stay was lifted and the CAFC stepped in.

No Moot for You

Apple first argued that the appeal was moot in light of the CAFC’s March 2020 Rule 36 judgment in Voip-Pal.com, Inc. v. Twitter, Inc., which affirmed a district court’s finding that certain claims of the same two patents at issue in this case were ineligible.  At oral argument in the present case, Apple contended that 19 claims were “overlapping” with the Twitter case and thus rendered moot. The Court vacated-in-part the PTAB final written decisions as to these claims.

However, as to the remaining 15 claims that were not overlapping with the Twitter ineligibility ruling, the Court did not find Apple’s argument that the question of obviousness on these claims “appears to be moot” persuasive. Apple had argued that, because the 15 claims were “essentially the same” as the claims held patent ineligible:

“[b]asic principles of claim preclusion (res judicata) preclude Voip-Pal from accusing Apple” of infringing the nonoverlapping claims in future litigation, and thus, Apple can never face infringement liability as to these claims.

But the Court said that’s not how claim preclusion works:

[A]ny preclusive effects that Twitter could have against the same or other parties must be decided in any subsequent action brought by Voip-Pal. Until then, any determination we make as to whether Voip-Pal is claim precluded from filing an infringement action concerning the nonoverlapping claims—claims that no court has determined are patent ineligible—is advisory in nature and falls outside of our Article III jurisdiction.

A Weapon of Last Resort

The Court next rejected Apple’s argument that the Board had violated the Administrative Procedures Act (APA) when it fashioned its own sanction, rather than one explicitly enumerated under 7 C.F.R. § 42.12(b). “Section 42.12(b) uses the term ‘include,” which signifies a non-exhaustive list of sanctions,” wrote the CAFC. And as to Apple’s claim that the PTAB had abused its discretion by not ordering a sanction of judgment in Apple’s favor, the Court cited Abrutyn v. Giovanniello in saying: “[A] sanction which may sound the death knell for important [patent] rights and interests . . . should be used as a weapon of last, rather than first, resort.” The opinion added:

Here, the Board’s decision to (a) allow Apple to petition for rehearing before a new panel, and (b) provide Apple with a meaningful opportunity to respond to Voip-Pal’s letters was a reasonable course of action and one we will not disturb.

As to the remaining issues, because Apple did not identify any property interests until the present appeal and because it did not take the opportunity it was given to respond to Voip-Pal’s six sanctioned ex parte letters, the Court found Apple’s due process rights had not been violated; and because the PTAB did not factually or legally err in its obviousness analysis of the non-overlapping claims, the Court affirmed the finding of non-obviousness on those claims.

The determinations on the 19 overlapping claims were vacated and remanded to the Board to dismiss as moot in light of Voip-Pal v. Twitter.

is the Editor-in-Chief of IPWatchdog.com. Eileen is a veteran IP and legal journalist, and no stranger to the intellectual property world, having held editorial and managerial positions at several publications and industry organizations. She has acted as editorial consultant for the International Trademark Association (INTA), chiefly overseeing the editorial process for the Association’s twice-monthly newsletter, the INTA Bulletin. Eileen has also served as a freelance editor for the World Intellectual Property Organization (WIPO); as senior consulting editor for the Intellectual Property Owners Association (IPO) from 2015 to 2017; as Managing Editor and Editor-in-Chief at INTA from 2013 to 2016; and was Americas Editor for Managing Intellectual Property magazine from 2007 to 2013.

Will Apple Miss on Earnings This Week? – Motley Fool

Startups can apply for loans from S'pore fund – The Star...