Home Windows Fallout 76 teases the return of the Brotherhood of Steel with 'Steel... 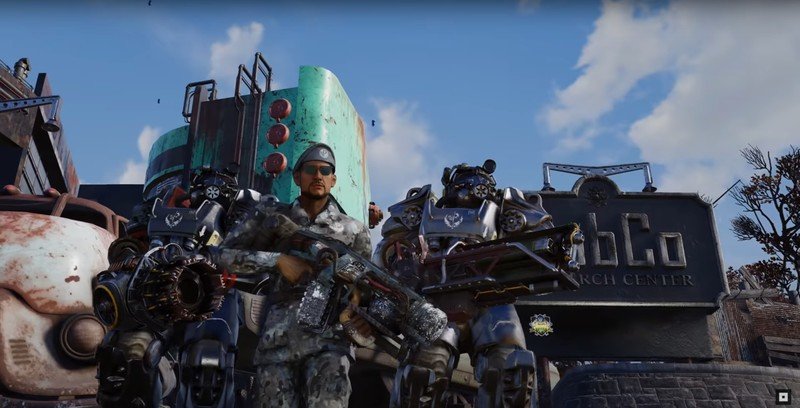 After the large Wastelanders update, it seemed like Fallout 76 may be heading towards a really good place, after a pretty awful launch and first impressions from players. Now we know what the next update will be, thanks to a teaser from Bethesda. The Brotherhood of Steel are returning in Fallout 76’s “Steel Dawn” update, a free update that will add a ton of new content to the slowly-maturing game. There’s even a nice new teaser trailer for it.

Steel Dawn will add a new questline for the Brotherhood of Steel, new settlements and NPC’s, powerful gear and weapons, and more. It’s also a completely free update for all players, and will be dropping later this year, sometime in December. There’s not much more we know about the update right now, but we’re certain to learn more as we head closer to launch.

If you haven’t given Fallout 76 a try yet because of its growing pains and initial launch, now is the perfect time to do so! Thanks to a Bombs Drop Day celebration, Fallout 76 is completely free-to-play for the entire weekend, and also has significant discounts if you try it, like it, and wish to buy it. If the changes Bethesda has made speak to you, now’s the time to buy Fallout 76 and be ready for the next major update for the game.

You can also check out our Fallout 76 ultimate guide for some advice on how to get started.

READ  Here's how to use the Blacksmith vendor in Minecraft Dungeons

Windows vs. Mac Antivirus: What's different & which is right for you

You can now filter out background noise on Microsoft Teams – here's how.

Microsoft Edge could be getting a huge time-saver feature