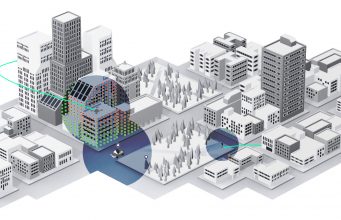 Facebook has yet to publicly acknowledge the acquisition. A company spokesperson told Tech Crunch that it “acquire[s] smaller tech companies from time to time. We don’t always discuss our plans.”

Founded in 2016, Scape Technolognies is building a computer vision-based positioning system called Vision Engine that it says “can be used to precisely determine the location of any camera device, with more accuracy than GPS, and are automatically updated to reflect changes in the environment.” The company says it can do this with what it calls “low-quality imagery.”

The company’s multi-platform SDK for augmented reality, ScapeKit, was publicly demonstrated at the AT&T Stadium in Dallas last year to show off the capabilities of 5G-enabled augmented reality.

Scape’s tech is targeting smartphone-based AR use cases currently, although robust computer vision is a fundamental technology for the ‘all-day’ AR headsets of the future.

Facebook has admitted in the past that its currently developing an AR headset and has plans to build out its digital copy of the physical world, or something it calls ‘LiveMaps’, a  real-time-updated map created using crowdsource-driven data from connected devices.

The TCL 10 Pro isn't the best phone of 2020, but it's exciting nevertheless

SIM only deals: get six months of Disney Plus and 10GB of data for £10 a month

Thought the lockdown would lead to a spike in smart speaker sales? Think again

What's next for WhatsApp: new features and tools on the horizon

Samsung Galaxy A21s Quietly Rolls Into Malaysia; Alongside Galaxy A11 –...

Google's Sodar to help maintain social distancing – is it needed...