ExpressVPN has unveiled two new features to its market-leading VPN service that are seeking to speed up connection times and – more notably – move its product further towards a one-stop solution for your online security needs.

Parallel Connections is a smart technology which works under the hood to cut connection times, especially on restricted networks like schools, hotels and airports.

While the second feature, Threat Manager, is a DNS-based web filter which blocks access to trackers and malicious websites.

In its Parallel Connections feature – currently available on Express’s iPhone VPN only and coming to other platforms soon – ExpressVPN says that it has launched a feature that “works behind the scenes to ensure faster and more reliable VPN connections”.

Previously, its apps tackled these difficult situations by choosing the best method of connection, waiting for the results, moving to the next, waiting again, and so on. With many combinations to try, users might wait 15 or more seconds to connect in the most extreme situations.

Parallel Connections enables ExpressVPN apps to try all connection methods simultaneously. The company says that the longest delays should now be almost entirely eliminated, with 25% more users connecting in under one second.

While Threat Manager is now available for free with ExpressVPN’s Mac and iOS apps, with support for other platforms on the way. To create its blocklist, the company says it has combined some of the best publicly available sources, including URLhaus, ensuring a good level of protection from the latest web dangers.

Threat Manager isn’t a new idea – NordVPN, Surfshark, Private Internet Access and others offer similar ad or malware blockers – but it represents an important new direction for ExpressVPN. The service isn’t just shielding your traffic, any more: it’s extending its reach into the security world to protecting you from malware and scammers.

This doesn’t necessarily mean ExpressVPN is suddenly going to release its own CyberGhost One-like security suite, complete with antivirus, software updater and more.

It is yet another sign that there’s a clear convergence in this area, though, with security companies adding VPNs, and VPNs beginning to add their own security features. Threat Manager may be one of ExpressVPN’s first steps into this area, but it’s unlikely to be the last. 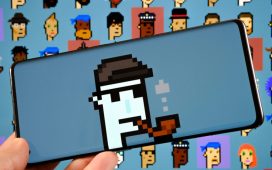 Passwords: a pain in the…internet. But, are they about to become a thing of the past? – CBS17.com