TOPEKA, Kan. (AP) — Kansas Gov. Laura Kelly banned the use of TikTok on the state-issued devices of government workers under her control on Wednesday, becoming one of the first Democratic governors to restrict the popular social media app.

In Louisiana on Monday, the state’s commissioner of administration — a Republican appointed by Democratic Gov. John Bel Edwards — banned the use of TikTok on state networks under Edwards’ control, with his approval. Also, Indiana’s GOP attorney general has sued TikTok’s owner. U.S. armed forces have already prohibited the app on military devices.

TikTok has become the world’s second most-popular domain and is consumed by two-thirds of American teenagers, some of whom use it to fill gaps in their school lessons. The provision in the congressional spending bill reflected bipartisan concerns about security and the spread of misinformation because of the app’s Chinese ownership.

Here’s a look at Kelly’s action and the broader debate over TikTok: 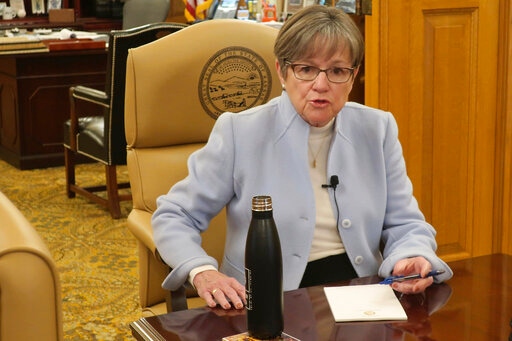 Kansas Gov. Laura Kelly answers questions during an Associated Press interview, Tuesday, Dec. 20, 2022, at the Statehouse in Topeka, Kan. Kelly has banned the use of TikTok by government employees on their state-issued devices, making her one of the first Democratic governors to impose restrictions. (AP Photo/John Hanna)

WHAT ARE THE CONCERNS ABOUT TIKTOK?

Like Republican governors who imposed similar bans, Kelly cited concerns about security and the privacy of users’ data.

Both the FBI and the Federal Communications Commission have warned that TikTok user data could be shared by owner ByteDance Ltd. with China’s authoritarian government. U.S. officials also worry that the Chinese government might use TikTok to push pro-China narratives or misinformation.

There’s also been concern about TikTok’s content and whether it harms teenagers’ mental health.

TikTok has called the congressional ban “a political gesture” that will not protect national security.

But Kelly said in a statement: “TikTok mines users’ data and potentially makes it available to the Chinese Communist Party.” Lawmakers have said this includes browsing history and location.

WHO HAS PUSHED FOR RESTRICTIONS?

In 2020, then-President Donald Trump and his administration sought to ban dealings with TikTok’s owner, force it to sell off its U.S. assets and remove it from app stores. Courts blocked Trump’s efforts to ban TikTok, and President Joe Biden rescinded Trump’s orders after taking office but ordered an in-depth study of the issue. A planned sale of TikTok’s U.S. assets was shelved.

However, concern about the app has been bipartisan in Congress.

The Senate earlier this month approved a version of the TikTok ban authored by conservative Republican Sen. Josh Hawley of Missouri, a vocal critic of big tech companies.

But Democratic U.S. Rep. Raja Krishnamoorthi, of Illinois has co-sponsored legislation to prohibit TikTok from operating in the U.S. altogether, and the measure approved by Congress had the support of Democratic U.S. House Speaker Nancy Pelosi.

WHAT ABOUT KELLY’S MOVE?

Kelly operates in a different political context than many other Democratic governors. She’s in a Republican-leaning state and has a conservative, GOP-led Legislature and Trump carried the state handily twice. She narrowly won reelection in November by pitching herself to moderate GOP and independent voters as a middle-of-the-road problem solver.

Kelly’s order applies to state executive branch agencies, boards and commissions, but not to state universities, which are overseen by the Kansas Board of Regents. It also doesn’t apply to the Legislature or employees of other statewide elected official, such as the attorney general or secretary of state. Kelly urged all of them to impose restrictions.

Kelly is directing state employees to remove the TikTok app from their government-issued devices. She has directed the state’s information technology office to limit employees’ ability to access TikTok’s website on state devices.

Copyright 2022 The Associated Press. All rights reserved. This material may not be published, broadcast, rewritten or redistributed without permission. 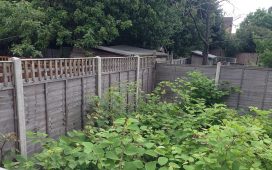 Could YOU spot Japanese Knotweed taking root in your garden? 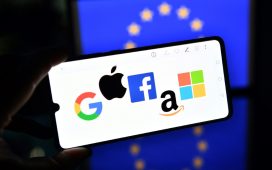 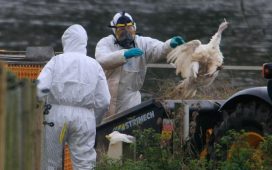