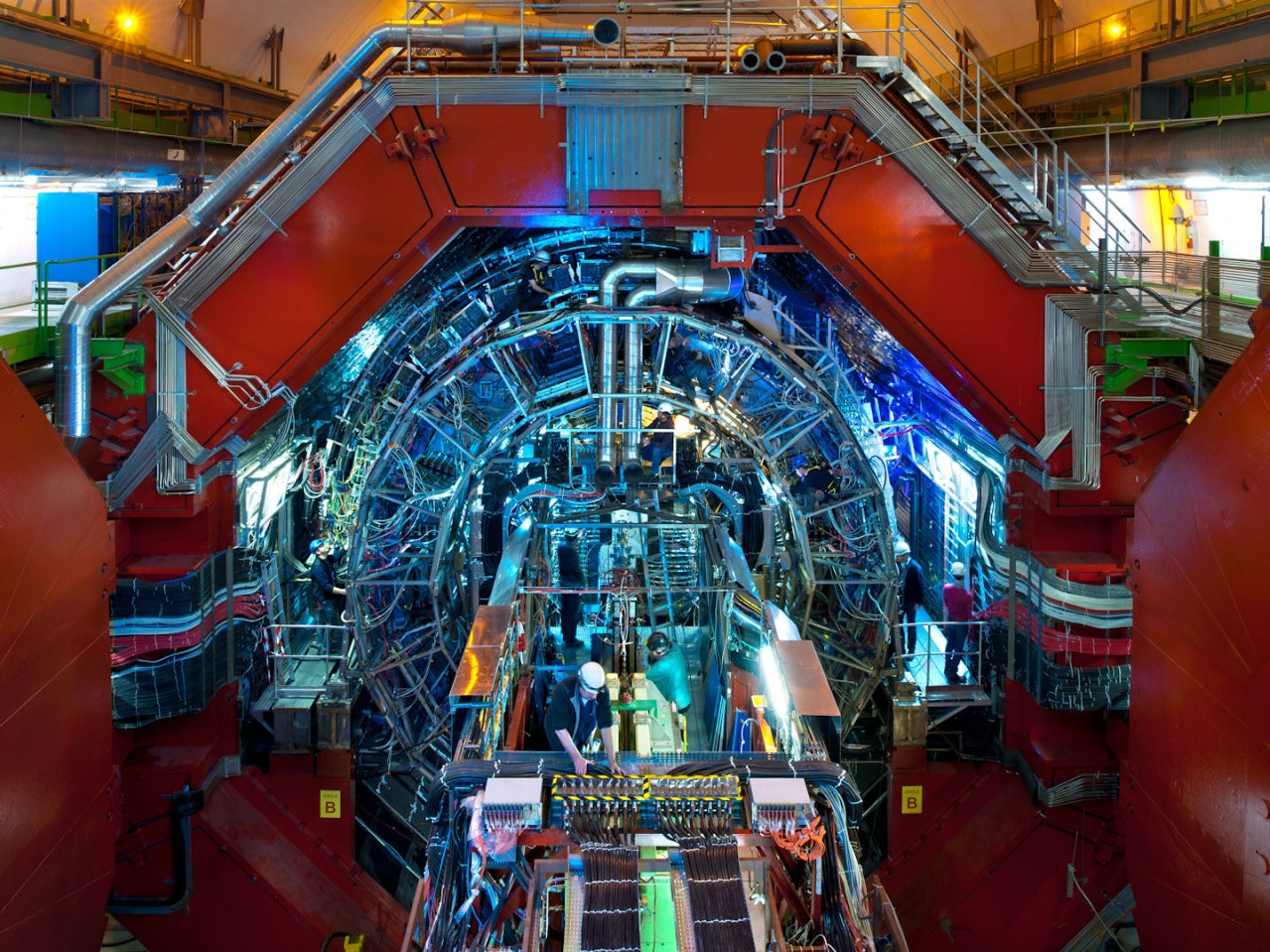 A new kind of particle that has never been seen before has been found at CERN.

The Large Hadron Collider Beauty project spotted the four-quark particle, in a discovery that could help reveal important information about the very building blocks of all matter.

Quarks are formed together into composite particles known as hadrons, which include protons and neutrons. Scientists hope that the new discovery, of a particle made up of four specific kinds of quarks, will show how the quarks bind themselves together to make those composites, which in turn form the matter that surrounds us.

Quarks usually combine together in groups of two or three when they form hadrons. Scientists had long predicted that there could be hadrons made up of four or five quarks, and experiments in recent years have allowed them to be found.

But all of the previous examples have been made up of specific collections of quarks, all of the same kind.

“Particles made up of four quarks are already exotic, and the one we have just discovered is the first to be made up of four heavy quarks of the same type, specifically two charm quarks and two charm antiquarks,” said Giovanni Passaleva, the outgoing spokesperson of the LHCb collaboration.

“Up until now, the LHCb and other experiments had only observed tetraquarks with two heavy quarks at most and none with more than two quarks of the same type.”

Scientists will now be able to use the incredibly unusual particle to test broader theories of how quarks combine, at the very smallest scale, to create everything that surrounds us, said Chris Parkes from The University of Manchester, who is taking over as spokesperson for the collaboration.

“Today’s discovery opens another exciting chapter in this scientific book, allowing us to study our theory of matter particles in an extreme case. This particle is an extreme case – it is an exotic-hadron, containing four quarks rather than the two or three in conventional matter particles, and the first to contain heavy quarks,” he said.

“Studying an extreme system allows scientists to stress-test our theories. Through the study of this particle, and the hope that we will discover further particles in this class in this future, we will test our theory of how quarks combine which also governs protons and neutrons.”

If scientists are able to better understand the strong interaction that binds the protons, neutrons and the atomic nuclei that make up matter, they will also be better placed to understand whether newly observed processes are part of new, undiscovered physics or just an unexpected consequence of our existing understanding.

The new particle – which, since it has four quarks, is known as a tetraquark – was discovered by looking through the data for “bumps”, or an excess of collision events. By poring through detailed data from the first and second runs of the Large Hadron Collider, researchers spotted those trademark bumps that indicate a new particle has been found.

READ  How to find photos on your phone? Here's how I do it.

The paper, ‘Observation of structure in the J/ψ-pair mass spectrum’, is published on the arXiv website now.

'They want to take your speech away,' censorship cry unites Trump supporters and extremists after Capitol attack

Marico, Godrej and Himalaya list value-selection on Snapdeal to widen reach in non-metros

Electric car charging stations could be coming to Tybee Island –...