Home Windows Everything you need to know about crafting in Outriders 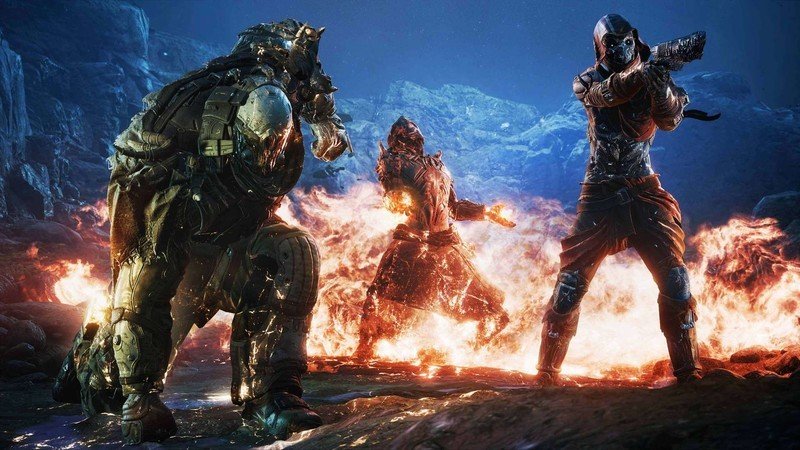 While finding new pieces of gear by killing enemies and completing quests is the main way to get useful loot in Outriders, you can enhance what you find with crafting. With the right resources, you can upgrade your gear so that it’s more effective or add mods that alter how your gear performs in battle. Here’s a full breakdown of everything you need to know about Outriders’ crafting system, including how to get resources, get and swap mods, and more. 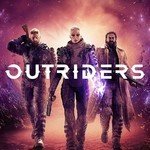 Get ready for lootin’ and shootin’

Outriders is an action-packed looter shooter filled with awesome powers, deadly enemies, and a satisfying, intense grind that fans of the genre will love.

Before you get crafting, you’ll need to build up some important resources. You’ll naturally accrue them as you play the game, but it’s important to understand what causes each resource to drop since you can use that information to farm for specific supplies. Here’s a list of all of the different crafting resources in Outriders, as well as how to get them:

The simplest way to engage with crafting in Outriders is to level a piece of gear up. This improves the gear’s base stats — firepower for weapons, armor rating for armor — and rerolls the value of its attributes. For example, if you have a weapon that steals health from enemies on a hit, leveling the weapon up will also improve the attribute’s effectiveness.

Leveling up weapons requires Iron, while leveling up pieces of armor requires Leather. Gear of Epic or Legendary rarity requires Titanium to level up.

You can also upgrade the rarity of a piece of gear. For example, you can make a Rare piece of gear into Epic loot. Like leveling up, this improves the gear’s base stats, but it will also add a mod slot to the weapon or armor piece. However, it’s worth noting that you can only improve rarity on Unusual or Rare pieces of gear; Epic and Legendary gear can’t be improved.

Like leveling up, improving the rarity of weapons requires Iron, while doing it for armor requires Leather. Rare pieces of gear require Titanium to make Epic.

While leveling gear up gives its attributes a decent boost, you can improve them much more by specifically raising the attributes using Anomaly Shards. This special resource only drops from dismantling gear that has listed attributes. However, Shards gained from a certain attribute can only be used on pieces of gear that also have that attribute. For example, the Shards you get from dismantling an armor piece with a Max Health attribute can only be used on gear with the Max Health attribute.

You can improve each attribute on a piece of gear six times. If you’ve maxed out your attribute upgrades, leveling the gear up a level will allow you to raise its attributes one more time. Raising attributes only costs Anomaly Shards. Notably, dismantling gear you’ve invested Shards into will give you a partial amount of them back.

One of the best ways to enhance your gear in Outriders is through modding. There are tons of different mods in the game, and each has a unique effect. When you find weapons or armor pieces with mods attached and then dismantle them, they’ll be permanently added to your mod collection. You can then add these mods to other gear from your crafting menu. Notably, the only types of gear you can add mods to are those that have Rare rarity or higher.

Rare pieces of gear have one mod slot, while Epic and Legendary ones have two. Adding mods to weapons costs a bit of Iron while adding mods to armor costs Leather. You also have the option of swapping one mod for another, but if you’re doing this with Epic or Legendary gear, don’t make this decision without making absolutely sure it’s what you want to do. This is because changing the mods in one slot will permanently lock the other mod slot, which could end up being detrimental to your build if the mod locked in does not fit your playstyle.

The final thing you can do with Outriders’ crafting system is swap the variant of the weapon you’re using to a different one. This generally means making it so that a weapon shoots differently or uses a different type of ammo with unique effects. Swapping weapon variants only costs a bit of Iron, so we recommend experimenting frequently and going with what feels best for your playstyle.

It’s also a good idea to try and pick a variant that works well with your mods. For example, if you have a mod that gives you bonuses each time you hit an enemy, picking a variant like Full Auto that allows you to lay down a ton of fire will be a good choice.

Do you have any questions about how crafting works in Outriders that we didn’t cover here? Let us know in the comments. Outriders is available now for $60 on Xbox Series X, Xbox Series S, Xbox One, PS5, PS4, and PC. You can also play Outriders if you’re subscribed to Xbox Game Pass. It’s arguably one of the best looter shooters for Xbox right now, so you should grab the game if you enjoy the genre. If you’re a new player, make sure to check out our Outriders beginners guide for battling across Enoch as well as our Outriders classes guide for important tips, tricks, and info.

Get ready for lootin’ and shootin’

Outriders is an action-packed looter shooter filled with awesome powers, deadly enemies, and a satisfying, intense grind that fans of the genre will love.


From success to success, Mojang Studios still feels like an indie studio


Mojang Studios is the developer behind one of the most popular and successful franchises in the world: Minecraft. Despite the undeniable power of Minecraft and their acquisition in 2014 by gaming powerhouse Microsoft, Mojang Studios sometimes still feels like an underfunded indie studio.

Hitching a ride with the Marines


I became a Halo war journalist in ArmA 3


Halo is often characterized by its supersoldier-focused perspectives with characters like Master Chief and Spartan Locke. But what’s it like to be a regular human on 26th-century battlefields? I signed myself up for a “war journalist” roleplay session in Halo-themed Arma 3 to find out.

AMD is regaining server market share in a big way

The Pentagon is considering nixing the JEDI project it awarded Microsoft

Word now has an even darker dark mode for Windows Insiders

Edge Canary on Android now has a built-in screenshot tool

How Jonathan Hyla Inspires and Equips Neurodiverse Creatives via Clubhouse