Stuart Burnett of Tupper Lake battled illness for 50 years after being exposed to Agent Orange during his time as a solider in the Vietnam War. He died March 29. An Enterprise story from November 2020, about his struggle with his health and the U.S. government, won a 2020 Feature Story award from the New York Press Association.
(Enterprise photo —
Aaron Cerbone) 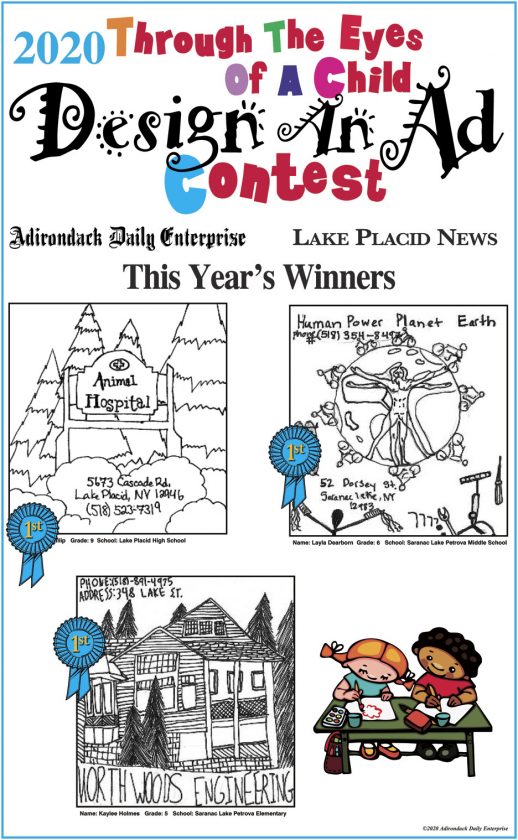 In the Feature Story category (Division 1 of 7), Staff Writer Aaron Cerbone won first place for his report titled “50-year fight with Agent Orange: Vietnam vet still battles chemical exposure daily.” Coincidentally, the subject of that story — Stuart Burnett of Tupper Lake, who spoke plainly about the struggles he faced with his health and the federal government — just died on March 29 at the age of 69.

Design an Ad, in which local students try their hands at drawing advertisements for local businesses, won first place in the category for Special Sections/Niche Publications on Newsprint (Division 4 of 4).

Arts in the Park won third place in the category for Special Sections/Niche Publications-Glossy (Division 4 of 4).

The Every Graduate Has a Story project, which provided short bios and photos of high school and college graduates, took third place in the running for the Sharon R. Fulmer Award for Community Leadership (one division statewide). Peter Crowley, Diane Chase and Michael Miller were credited.

Third place for Coverage of Religion (one division statewide) went to Griffin Kelly, Peter Crowley, Elizabeth Izzo and Aaron Cerbone. The articles submitted covered how local churches and synagogues dealt with the COVID-19 pandemic, local Methodists’ reactions to their denomination’s schism over homosexuality, and a nurse’s missionary trip to the Middle East.

Third place for Coverage of Local Government (Division 1 of 2) went to reporters Cerbone and Izzo. The coverage submitted included Tupper Lake debates over elections, racism and chickens, and a lack of public input on Lake Placid’s Main Street overhaul.

Cerbone and Izzo also received honorable mention for Coverage of the Environment (one division statewide) for a selection of stories about hikers, ticks, loons, wildlife rehabilitors and liming an acidic pond.

Reporter Amy Scattergood received honorable mention in the Feature Story category (Division 1 of 7) for a story about a young pilot, his instructor and his parents.

The News took second place for Coverage of Agriculture (one division statewide) for its Savor the Season special issue. Andy Flynn, Elizabeth Izzo, Carol Swirsky, Katherine McDonald and Naj Wikoff were credited for the coverage of local farmers and food.

Wikoff took second place for Best Column (Division 1 of 3) for his weekly On the Scene.

California taxpayers may catch a break this year – Press-Enterprise

Pet of the Week – Dothan Eagle