More than 4.5 million electric vehicles (EVs) could be on UK roads, almost 250,000 households could feature solar technology and between 450,000 to more than one million domestic electric heat pumps could be installed by 2030 in order to reach net-zero, new research has found. 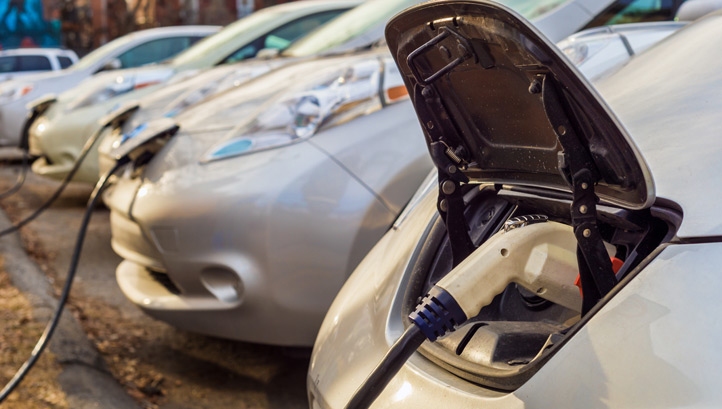 UK Power Networks had published its 2021 Distribution Future Energy Scenarios, mapping four possible low-carbon transitions through to 2030. Of the four, only the “steady progression” scenario wouldn’t put the UK on course for net-zero emissions by 2050.

The new research analyses the projected uptake in technologies such as EVs, onsite solar and electric heat pumps in improving household decarbonisation. The scenarios differ based on the speed of rollout of the technologies, the associated costs and how policy can shape future markets.

Under the “steady progression” scenario, the UK would not meet net-zero emissions by 2050. There would be around 2.6 million EVs (including vans) on the roads, while 320,000 homes would be fitted with electric heat pumps and 195,000 homes fitted with solar technology by 2030. Battery capacity would sit at around 1.3GW and total renewable generation would reach 6.1GW.

However, the more ambitious scenarios showcase rapid decarbonisation through technology uptake, with the most ambitious scenario, “leading the way”, enabling the UK to reach net-zero emissions by 2048. Doing so would all diesel, petrol and plug-in hybrid sales banned from 2030, with diesel vehicles completely phased out by the 2040s. EVs would also be proponents of vehicle-to-grid technology to improve network flexibility. A massive uptake in public transport, walking and cycling would see “significant reduction in demand for passenger cars and a lower growth of van stock relative to other scenarios” although more than 4 million EVs will still be expected on UK roads by 2030.

The decarbonisation of heat would be achieved through a “hybrid approach, deploying both high numbers of heat pumps as well as a gas grid converted to distributing low-carbon hydrogen”. Almost 250,000 homes will feature onsite solar, which the report states would lead to a high uptake of co-located battery storage. In fact, battery capacity in the UK would reach 4.1GW with total renewable generation sitting at 8.6GW.

Two other transformation pathways are also viable – one based on systems transformation and the other focused on consumer habits. Both would enable the UK to reach net-zero by 2050 with the consumer-focused pathway seeing more than 700,000 domestic electric heat pumps installed, almost 400,000 homes fitted with solar and battery capacity almost reaching 5GW.

UK Power Networks’ director of customer services, strategy and regulation Sul Alli said: “The Government’s Ten Point Plan has signalled an acceleration of the UK’s transition to a net-zero carbon economy. We are determined to be at the forefront in our industry and make sure no customers in the areas we serve, are left behind.

“That’s why we’ve worked hand in hand with local authorities and partners to deliver this project. By understanding how the future might look, we can innovate, plan, prepare and invest strategically to make our network ready for net-zero.”

Get this: Storm 2 is a portable power bank straight out...