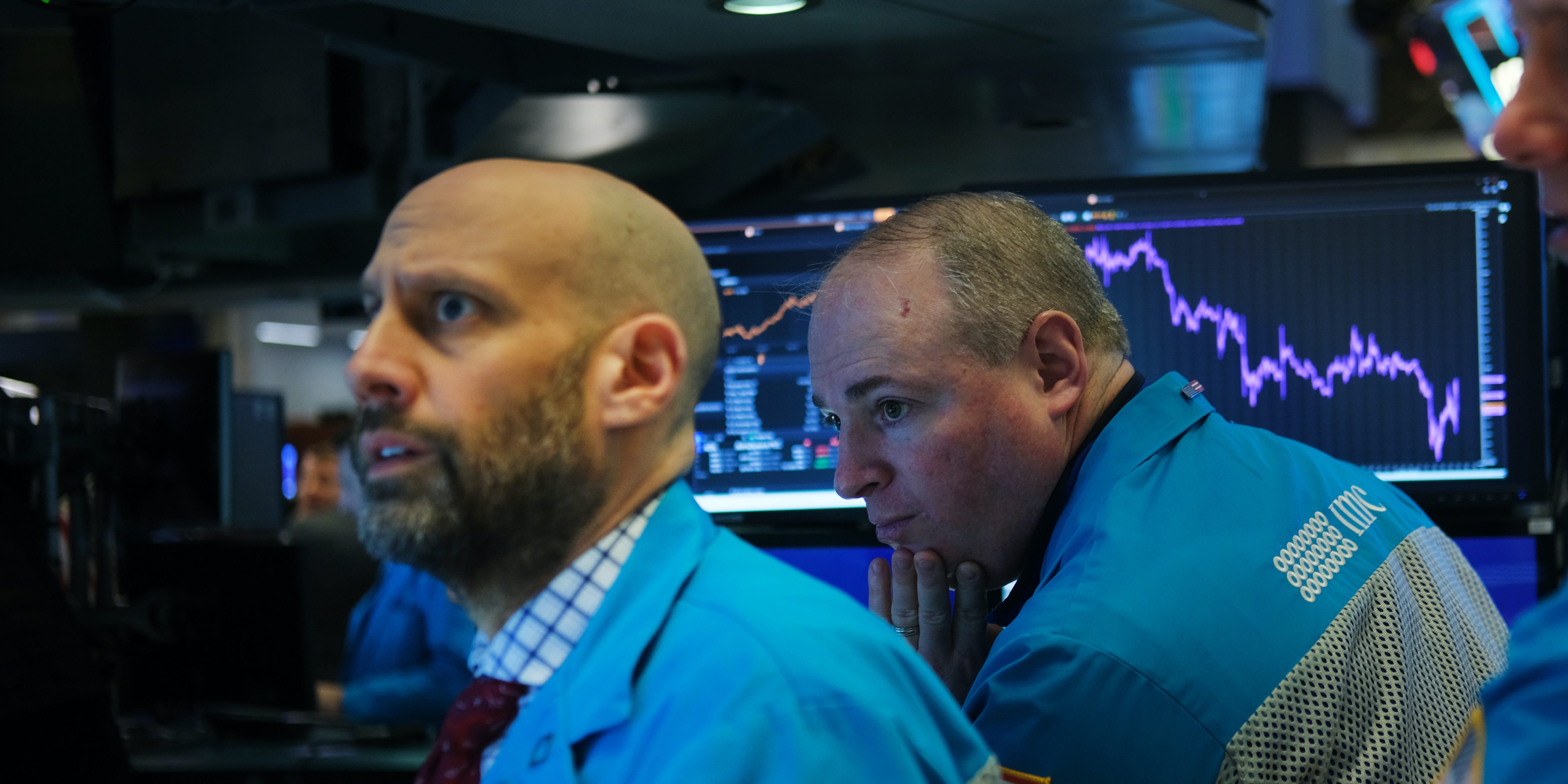 Though the economic superpowers had enjoyed months of relative peace, the latest tensions have ratcheted up concerns about the US-China relationship souring in an already weakened global economy.

Major tech stocks turned lower, further cutting into the Nasdaq composite’s lead over its peers. Facebook, Alphabet, and Apple all retreated from their prior close. The tech sector’s broad rally slowed throughout the week as investors turned to safe-haven assets and feared a correction for the mega-caps’ lofty valuations.

Here’s where US indexes stood at the 4 p.m. ET market close on Friday:

Read more: Jason Tauber is crushing the market this year by finding the tech companies enabling the biggest disruptions. He told us how he’s adjusting his game plan as valuations soar — and 7 of his top picks today.

Investors also mulled gloomy earnings news at the start of the session. Intel sank after warning of delays to its next-generation chips and missing expectations for next-quarter figures. American Express shares slumped after the company reported quarterly revenue that fell below estimates.

AMD shares soared to a record high through the session following Intel’s announcement. The semiconductor company already makes the 7-nanometer chips Intel was forced to delay.

Oil retraced some gains as reopenings abroad lifted hopes for a demand recovery. West Texas Intermediate crude gained as much as 1.5%, to $41.67 per barrel. Brent crude, the international standard, climbed 1.4%, to $43.90 per barrel, before erasing gains and settling slightly lower.

Read more: Bernstein says buy these 13 dividend-rich stocks built to capitalize on a trend not seen in 65 years

Spot gold leaped above $1,900 for the first time in nine years and closed in on an all-time high. Legendary investor Mark Mobius praised the rally and said he’ll continue to buy the precious metal as a hedge against economic turbulence.

“When interest rates are zero or near zero, then gold is an attractive medium to have because you don’t have to worry about not getting interest on your gold, and you see the gold price will rise as uncertainty in the markets are rising,” he said on Bloomberg TV.

Economic data detailing the US’s recovery has fallen short of hopes in recent weeks. Jobless claims for the week that ended on Saturday totaled 1.42 million, the Labor Department announced Thursday. The reading marked the first increase in claims in 15 weeks and landed above the consensus economist estimate of 1.3 million.

Read more: What 6 of Wall Street’s biggest firms are saying about the election’s implications for unusually tense investors — and their strategies for gains no matter the results

The last trading session of the week followed a hefty decline on Thursday. The Dow tumbled more than 350 points as investors first digested the uptick in unemployment claims and the continued spread of the coronavirus in the US. Wall Street has also closely watched Congress for signs of whether it will pass another stimulus bill.

While both parties have agreed on key facets, including a second round of stimulus checks and nixing a payroll-tax cut, legislators are mired in negotiations. Several financial-sector leaders have urged Congress to fast-track the legislation, saying the expiration of expanded unemployment benefits at the end of this month could give way to a wave of defaults.

Buy these 19 cheap healthcare stocks poised to beat the market regardless of election outcome and the fate of Obamacare, BTIG says

Signal acknowledges ongoing outage, but a fix is in the works – Android Police