Powered by positive momentum for shares of Walt Disney and Apple, the Dow Jones Industrial Average is rallying Thursday afternoon. The Dow
DJIA,

was most recently trading 417 points, or 1.3%, higher, as shares of Walt Disney
DIS,

have contributed to the index’s intraday rally. Walt Disney’s shares have risen $2.96 (3.5%) while those of Apple are up $4.16 (3.3%), combining for an approximately 47-point boost for the Dow. Also contributing significantly to the gain are Salesforce
CRM,
,
Microsoft
MSFT,
,
and Nike
NKE,
.
A $1 move in any one of the 30 components of the benchmark results in a 6.59-point swing.

Editor’s Note: This story was auto-generated by Automated Insights, an automation technology provider, using data from Dow Jones and FactSet. See our market data terms of use. 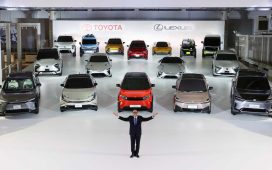