Home Smartphones Devoid of smartphones, 231 students of a Chandigarh govt school unable to... 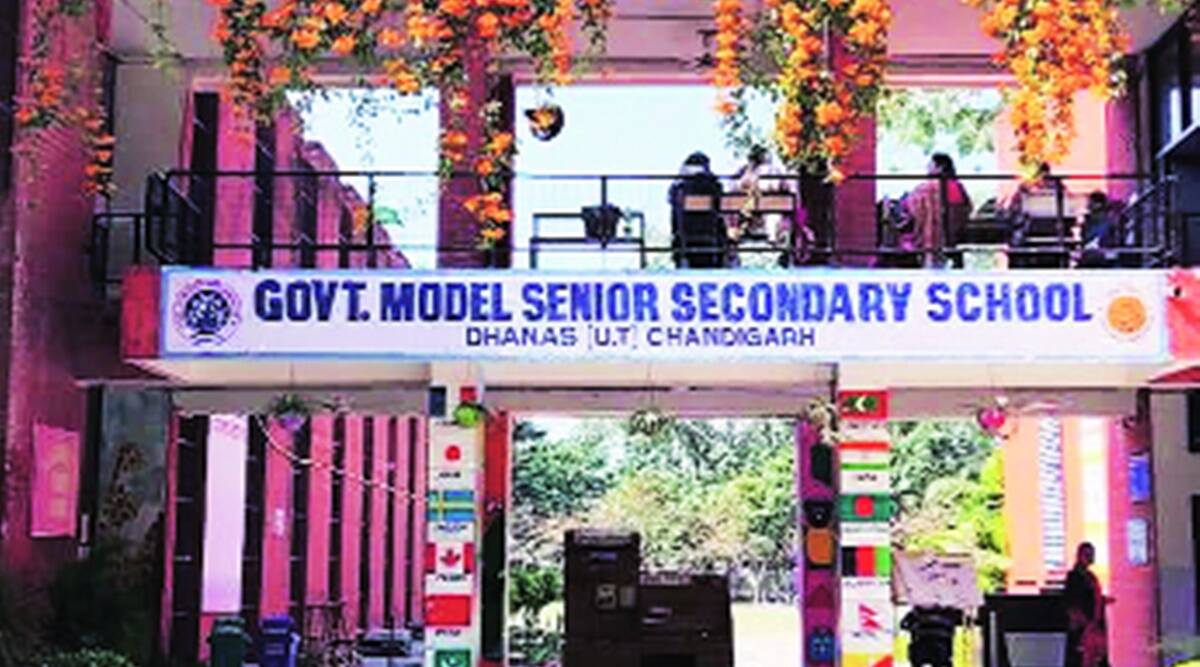 Bhawna, a student of standard XII at Government School, Dhanas, has been living with her grandfather (80) since her parents passed away, when she was five-years-old. Her grandfather, now 80, makes a living by selling vegetables on a rehri. Barely able to make ends meet, he cannot afford to buy a smartphone.

Devoid of any device to access online education, Bhawna has not been able to attend any classes since the lockdown was announced. She manages to get homework from her friend and grapples with the subjects all by herself.

It is not just Bhawna, but scores of students have not been able to access online education as they are unable to afford smartphones. However, the government is yet to take note of the issue and do anything to resolve it.

Records obtained from Dhanas Government School revealed that as many as 231 students in this school alone did not have access to a smartphone.

“I have not been able to understand anything in Economics because I could not attend any class. Since the pandemic and the lockdown started, Economics classes are being conducted on google meet, which cannot be downloaded in my grandfather’s ordinary phone. I jot down the notes for the other subjects from my friend’s notebook,” Bhawna said.

A lecturer at the school said that unavailability of smartphone was the biggest hindrance in online education. “Even the children whose parents have one phone and are daily wagers, they take the same to work and their condition is not such that they can afford another smartphone. This is a big problem and indeed a genuine one. We just tell kids to jot down the notes from other students in the neighbourhood, who have managed a phone,” he said.

Principal of the school, Seema said that there are 231 students who do not have any device to access online classes and that is why the school authorities requested people to donate smartphones and also ask others to donate the same by putting a request for the same on their WhatsApp status. “But we just got one or two spartphones through that. Because many students’ parents are daily wagers and cannot afford internet recharge, we as teachers have adopted two students each and got their recharge done,” she said.

The Principal said that some students even dropped out of the school as they did not have access to classes due to a lack of smartphone. “I was shocked as I saw one of our students picking rag. As I asked why wasn’t he joining online classes, he said he cannot attend the classes as he did not have a phone. Many teachers of the school then contacted his parents as well, but they said it was difficult to study through a phone as they cannot afford one. Many have been facing unemployment as well due to the lockdown, so their savings have also got spent,” she added.

Govt yet to take notice

While public figures and philanthropists such as actor Sonu Sood and businessman Karan Gilhotra have been giving away smartphones, the government is yet to take note of the issue and provide smartphones or others means for the chidlren to access online education

While individuals such as Sood and Gilhotra have been lending a helping hand to students across the country, it is vital to note that ensuring the availability of infrastructure for children to have access to online education is the responsibility of the government.

READ  Should you be buying a second-hand smartphone? - BBC News

Following a report by The Indian Express, on students in Morni traveling miles to access a smartphone in their village to jot down homework, actor Sonu Sood and his philanthropist friend Karan Gilhotra had gifted smartphones to several underprivileged students. Subsequently, demand for smartphones for online classes started cropping up from various other states, where students in rural areas and other belts did not have access to online education.

Complying with several requests, the duo, Sonu Sood and Karan Gilhotra, provided phones to 30 students in the tribal areas of Maharashtra, 10 students in a village in Ferozpur and a student in Andhra Pradesh. A request for the same also came from 25 students in Fazilka, who were provided smartphones by the duo.

An educationist, on the condition of anonymity, said that online teaching is a broader issue which needs to be addressed. He said, “Merely by saying that online teaching be encouraged will not serve any purpose. The department should take note of the difficulties government school students will face as at this point, many parents cannot afford to make a living, how will they afford a smartphone? Their parents are either daily wagers or are working other class 4 jobs.”

He added, “There has to be a proper system by which students can access online classes.”

Headmaster of The Doon School, Dr Jagpreet Singh said that families are faced with multiple issues in the present scenario and everyone should pledge to donate phones they do not use. “There are multiple issues, like there are 2-3 children in one household and parents have now started going to work and they cannot afford smart phones for each of them. There are issues of connectivity as many children are in remote areas. Not just the government, but it is the responsibility of each one of us to contribute for these children,” he said.

READ  4 crore users may be without mobile phones by May-end if curbs not lifted: ICEA - Latest News - Gadgets Now

Dr Singh further said, “In fact, we are making an appeal that a family may donate those phones which are not being used. This donation will contribute to the future of the country. In the current circumstances, online is the only option for even education, as we cannot meet face-to-face.”

For all the latest Chandigarh News, download Indian Express App.

How to Hide Favorites on Safari’s New Tab Page on iPhone...