In a new patch for Destiny 2, developer Bungie introduced some changes to Stasis, the new subclass element in the Beyond Light expansion. These changes are detailed in the latest This Week at Bungie blog post. Specifically, Bungie has nerfed Stasis slightly across the board, with soem specific balance changes directed specifically at the Warlock’s Shadebinder subclass. Here’s what was changed:

In the blog post, Bungie stated that the goal of these nerfs was to make Stasis, and the Shadebinder subclass specifically, less dominant in PvP while still keeping things powerful in PvE content like Strikes and missions. Hopefully these tweaks will result in that goal being achieved, but ultimately the changes will need to be tested by the wider playerbase for awhile before it’s determined that they’re healthy or not.

Destiny 2: Beyond Light is available for $40 on Xbox Series X, Xbox Series S, Xbox One consoles, and Windows 10 PCs. 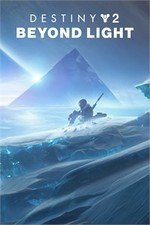 In Beyond Light, players will encounter a dark Fallen faction, travel to new locations, and go beyond the Light to wield the power of the Darkness.

Lenovo ThinkPad P1 vs. MacBook Pro: Which should you buy?

Which of Dell's Latitude laptops should you buy?

You can ditch Edge as the default browser, and here's how on Windows 10.

Grounded's next big update will include flying insects and much more

Look out Apple M1: Windows on ARM is getting a powerful Qualcomm chip

Here are the coolest PCs and laptops from CES 2021