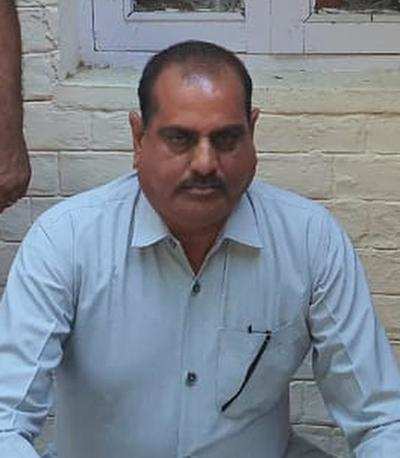 Gurgaon: Dharambir Chautala, the deputy superintendent of Bhondsi jail who was arrested last week for smuggling in phones and drugs, had supplied at least 50 handsets to inmates in the past two months alone, investigators have learnt.
He would have supplied many more, but the deputy jailer could remember the dealings for only the past two months, police said. Some of the prisoners, who had bought phones from Chautala, are out on parole, while the others have either abandoned or destroyed the devices after the officer’s arrest. So far, police have recovered 16 phones from inmates of Bhondsi jail and booked 13 of the prisoners.
The police are questioning Chautala on the amount of drugs he might have supplied to inmates since his posting in the jail in December 2018. Investigations so far have revealed that the officer was in touch with at least eight prisoners, who would act as his contacts with other inmates. Anyone wanting a phone or a packet of drugs inside the jail had to make the payment in advance through their contacts outside the jail.
A smartphone inside Bhondsi jail would cost Rs 1.25 lakh, while a normal handset could be bought for Rs 50,000. A SIM card would cost Rs 20,000 each. The total amount of money the deputy jailer would have made supplying phones and drugs is still not clear.
“In the past 50 days alone, the deputy jailer had supplied 45 phones to inmates,” police commissioner KK Rao said. Since Chautala’s arrest, at least seven phones have been found abandoned on the jail premises.
“Some of the phones were recovered from dreaded criminals, who would have used them to carry out their operations outside the jail,” Rao said, adding that the police were trying to find out details of the numbers dialled from these phones.
According to investigators, the manufacturing unit that Chautala headed and where inmates were engaged in various types of creative work, such as making masks and files, would become the meeting point for the deputy jailer and his contacts. “His contacts would take orders from other inmates and ensure payments were made outside the jail. After the money had been paid fully, the deputy jailer would hand over the phones or drugs, as the case may be,” said an officer associated with the investigation.
Since Chautala was a senior officer, no one would check him inside the prison.

Nokia 3.4 expected to launch soon as it gets FCC certification – HT Tech

How U.S. tech policy could change if Democrats win back the...

Windows 10 October 2020 Update will download faster than you expect