WiredFocus
WiredFocus > Commerce > Dell World: Exploring the school and, by proxy, office of the future
Commerce

Dell World: Exploring the school and, by proxy, office of the future


Editor’s note: Dell is a client of the author.

Like most tech events this year, Dell Technologies World is virtual. And like most companies, Dell is adjusting to the New Normal where most employees are still — and may remain — working from home. During the opening keynote of this year’s event, Dell CTO, John Roese presented a blended view of the future for several of the vertical markets Dell serves.

For instance, he implied that medical care in the future would likely, at least in some cases, arrive in some autonomous vehicle/office as a more efficient and safe way to provide services in the post-pandemic world.

Let’s talk about the post-pandemic future of the office and education. We’ll start with the classroom of the future and then use that to define how the office may one day look.

The classroom of the future

It looks like classrooms are going to remain virtual for many students, whether because of the pandemic or because of some personal disability, illness, or remote location. Blended use of augmented and virtual reality (aggregated under the term Mixed-Reality) will define that classroom. At the same time, a back-end of AI will enable a level of inclusion that we have yet to see.

Roese described a situation where the instructor might be remote, with students who could be located anywhere in the world interacting with the class material via Mixed Reality. This location flexibility would bring them into contact with materials, structures, and tools that are rendered virtually. This virtual capability allows students to get individual and group instruction regardless of where the instructor is physically located. And it lets them travel virtually to any place globally, or even in time, to experience the lesson as if they were there. Imagine a history class covering the War of 1812 where the students could virtually explore the events surrounding the creation of the National Anthem, or see how those that commit crimes are treated, or explore career choices through the eyes of those who’ve already made those choices.

See also  Tell me if this starts to hurt

A science class might have a mobile lab shared between many schools encased in an autonomous vehicle that could move automatically to where students reside. A project could be completed with physical objects. Just as older students can use labs today with minimal supervision, the lab manager could be remote and manage several mobile labs at once, allowing the school to husband resources and keep costs down.  And should there be an accident and the lab be damaged, it could be routed to a repair facility that could serve a variety of school districts.

As I think about this, you could effectively get education-as-a-service. It is not just a service to the student but a virtual service to the school, which wouldn’t need a physical location.

The office of the future

Like students, most of us are adjusting to the concept of working remotely indefinitely. And like students, we have yet to pivot to Mixed Reality for interaction. But our needs aren’t so different, and the need for a Mixed Reality solution to get our jobs done isn’t as pronounced except for collaboration or management oversight. Th specific approach might be a bit different, too.

For instance, in Dell’s keynote, he shared the stage with Pat Gelsinger, the VMware CEO, who joined him virtually. Gelsinger didn’t use Mixed Reality or even a virtualized image but what appeared to be a large screen TV in portrait mode appeared on stage. I’ve seen this done before: a large-screen TV is placed into a door frame so it looks as if the remote person is talking to you naturally through a doorway. Using a sizeable portrait-mode screen is a good, alternative way people could meet and talk “one-on-one” and have it feel natural. (This tactic will be enhanced when cameras can be put behind the screen rather than on top so it looks like the remote person is looking at you — not either over your head or at your chest.)

Managers might have roving autonomous offices or conference rooms they could use when they need to meet employees in person or where a face-to-face meeting is critical. I can even picture an alternative where the employee’s office is an autonomous vehicle that arrives every morning (assuming there is ample parking) and then leaves for a remote cleanup and reprovisioning every night. It might not be for everyone. But for specific jobs such as architects or artists, the ability to be at a job site or in a remote location with all their tools — and remain for hours — could be more useful than a fixed office.

For both school and office, a communications backbone with the bandwidth needed for real-time translation and remote collaboration would significantly help expand classrooms and increase working groups’ effectiveness across borders and languages. We’ll also need employee and student instrumentation so the instructor (or manager) can be fully aware of any issues users are having and provide resources and timely help if needed.

Individually, and as an industry, we are still adapting to this new remote work world.  Over time, tools such as Mixed Reality and Autonomous Vehicles will allow us to do things in education and at work that we can’t effectively do today — even if we were to go into the office. We can visit multiple remote sites in a day anywhere in the world. We can have guest lecturers who live and conference in from remote locations. And rather than going to some of the facilities, they may instead come to us.

Critical to the success of these visions are tools that effectively instrument remote students and employees so that teachers and managers can better manage these folks. Dell (and others) will be developing tools and capabilities to address this New Normal. The company has reported significant gains in productivity and capability during the pandemic, suggesting it’s getting a handle on things. We seem to be rapidly approaching a time when rather than asking when we’ll go back to work, we’ll instead accept our soon-to-be-permanent work-from-home status. And people will realize they can work for anyone and live anyplace at the same time. 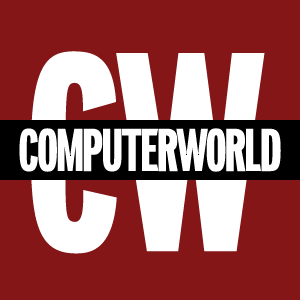 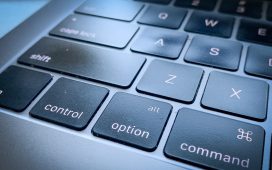 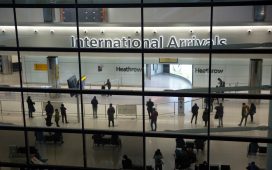 England ends quarantine for vaccinated visitors from US, EU 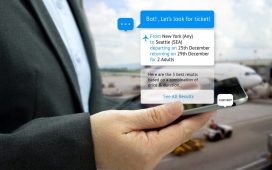 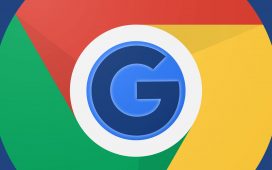 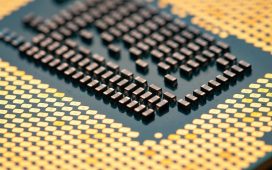 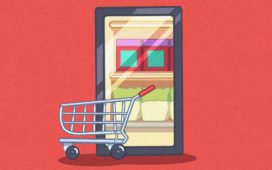 Is Social Media the New Storefront? 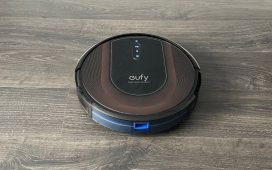