Home How-to David Attenborough and Dinosaurs Come to Your Living Room in this AR... 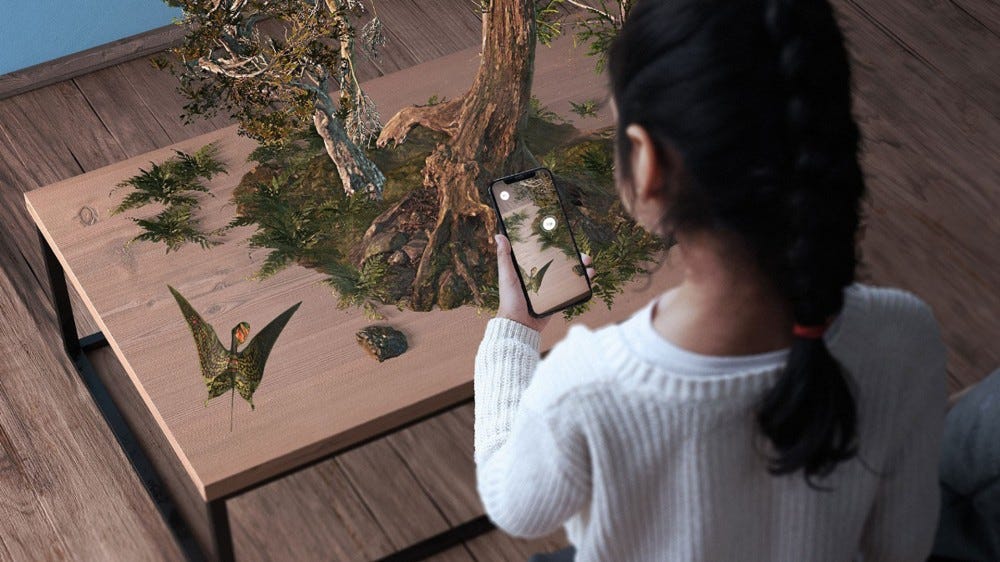 No matter whether you’re a kid or an adult, dinosaurs and other ancient creatures are cool. And the only thing cooler than seeing them on TV or viewing their fossils in a museum would be to see them in your own home. Luckily, with this new app, voiced by natural history David Attenborough, you can do just that.

The app, Museum Alive, is a fun extension of David Attenborough’s documentary Natural History Museum Alive, which was created in 2014. In the film, he encountered CGI skeletons as he walked through the London museum and talked about them. The engaging app has a similar feel but uses animated 3D models of habitats that you or your child can view through a smartphone camera.

The app is set up like a museum, wherein you can swipe your way through varying species. Tapping on one puts you into AR mode. From there, you can resize the habitat to either view the creature at eye-level or zoom out for a more top-down style view of the scene. As you explore, Attenborough’s marvelous voice guides you through a documentary-style discussion of the creatures.

Currently, the app can only display three beastly creatures in AR: the dimorphodon (a pterosaur from the Jurassic period), a smilodon (a prehistoric saber-tooth creature), and an opabinia (a Paleozoic Era-anthropod). There are plans to expand in the future and include additional creatures along with additional storytelling from Attenborough.

“The choice of opabinia, diamorphadon, and smilodon represent over 350 million years of life, a fact that puts our life on Earth in perspective. They all have such fascinating stories that we hope will inspire users to wonder at our natural world,” said app developer Eliot Graves in an interview with Mashable.

READ  How to Change Wallpaper on iPhone 8 or 8 Plus

How to Use Outline View in Microsoft Word

7 ways Apple can make the AirTag so much better

How to Create Multiple Folders at Once in Windows 10

How to Charge Your Android Phone as Fast as Possible

How To Remove Chat in Gmail App on iPhone and Android

You're Going To Want One Or Both Of These New PS5...