Another key ingredient in the GBCJ’s meandering trail, says Usher, is William Morris. His story really gets going in 1948 with the launch of the Morris Minor, designed by a young Alec Issigonis. Eventually, in 1952, Austin and Morris merged to form the British Motor Corporation (BMC). From this often unhappy marriage came some of Britain’s best-selling cars, among them the Morris Minor (remarkably, GBCJ has two Minor Millions produced in 1960 to celebrate the millionth car), the Mini (GBCJ has numerous examples, including an unregistered 30th Anniversary model) and the Austin 1100, the best-selling car of 1965.

From BMC, the visitor trail wends its way through the 1950s, touching on Rootes and brands such as Hillman and Humber, and the 1960s, when Ford and Vauxhall were getting their acts together and when British Leyland was formed from BMC and Leyland Motors. It continues with the troubled 1970s (Usher is careful to lay the blame at the feet not only of the unions but of the management, too) and the 1980s, when Austin Rover was formed and Ford and Vauxhall vied for supremacy. It ends with the 1990s, when car making became truly global. (Yes, there is a Tata-built City Rover on the tour.) Along the way are detours to the likes of Lotus, Bristol, Scimitar, Jensen, DeLorean, TVR and Gilbern. Later this year, Usher plans to start offering visitors a crossing of the River Derwent in a Dutton amphibious car. 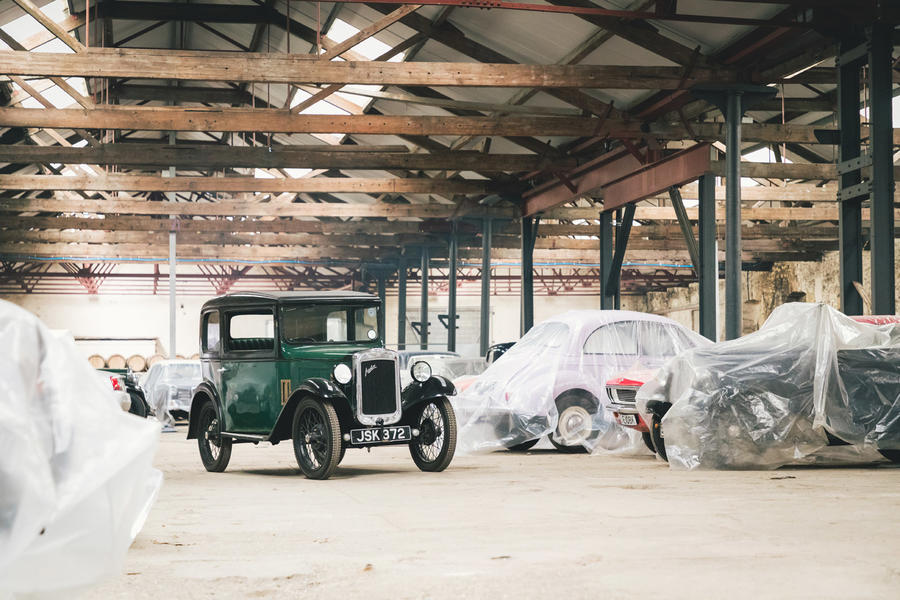 Among the 130 or so mainly ordinary and everyday cars that illustrate the GBCJ trail are four that Usher calls ‘hero cars’, for the simple reason that they were the country’s biggest sellers. They are the Austin Seven, Morris Minor, Mini and Ford Escort Mk3. There are some real rarities, too, including the last MG Metro and the earliest known Vauxhall Cavalier Mk2. In addition, there are 15 cars with interesting stories or associations. They include the Humber Hawk that belonged to Sir Fenton Atkinson, the judge who oversaw the trial of the Moors murderers in 1966.

READ  Revealed: Which electric cars can go farthest? - What Car?

Nissan’s in-car infotainment needs a codebreaker to use it

Inside the industry: positive motoring trends of the past 18 months

New 2022 BMW M2 to be punchier, sharper and sleeker

Under the skin: New SL bodyshell shows the evolution of the species

Seen it all before: A deja vu-laden visit to Longcross Studios